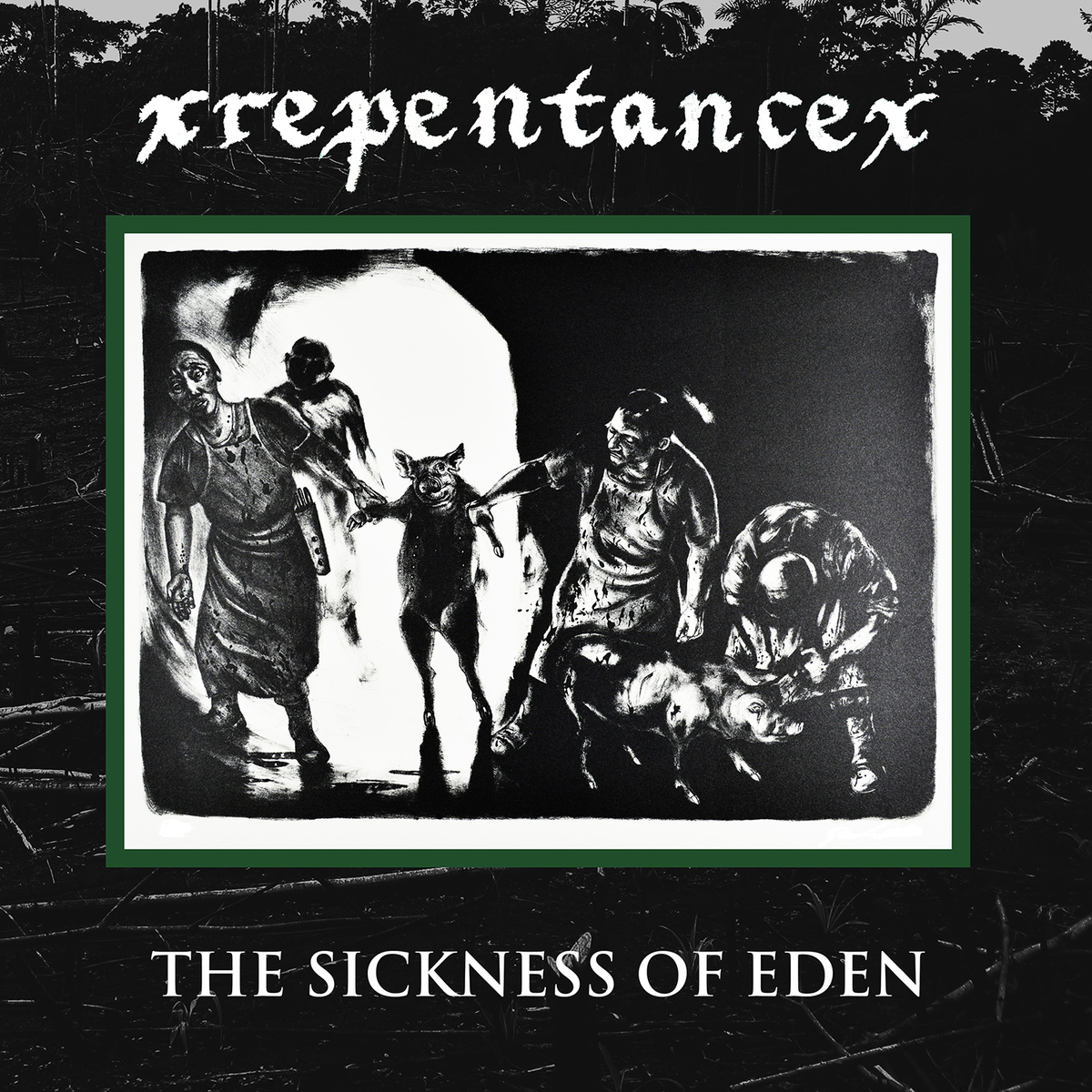 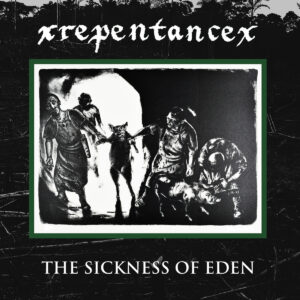 xRepentancex – The Sickness of Eden (Carry The Weight Records)

Darlings of the UKHC scene, XREPENTANCEX slammed down their much anticipated debut long player a couple of weeks ago, a savage release that Joshua Hart thinks puts them in the same league as Converge.

It’s utterly inexplicable that an angry, militant vegan, UKHC band from Shottingham would make an album that I strongly suspect will be one of my favorites this year. 63 days into the new year and xRepentancex have done it, succeeded in making a fantastic modern hardcore album that has enough ferocity and songwriting skill to allow the album to stand toe to toe with some of the greats.

If Repentance (I’m not going to type the x’s for the rest of the review) are not as big as Converge in three years time, I’m going to quit listening to hardcore, because then I will be sure of its status as a dead, shallow thing constrained to an idealized and overrated past.

You see, Repentance is new, Repentance is fresh, Repentance is timely. They are not a reflection of Reagan America or Thatcher England, they are the aural insecurities of the now, filtered through the perfectly pissed-off template that hardcore provides.

And what a template it is.

The Sickness of Eden draws mostly from the metallic hardcore that has flooded the scene since the early 2000s, think Converge or Botch, with added dashes of Scream Bloody Gore-era Death and singalong-then-mosh, Earth Crisis ignorance.

It’s an effective combination, one that, when paired with Repentance’s penchant for political lyrics, leaves listeners like myself with a bit of a quandary.

Do I mosh, or do I get sad about animal cruelty and the inevitable cyberpunk dystopia? Does it matter?

Not like we’re exposed very often, at least in the music, to the band’s political message. John Olley’s rabid pit bull vocals make discerning any kind of  message particularly difficult. They’re forceful, rage-filled and, somehow, quite desperate. The voice of a person who has the intelligence to recognize inevitable societal collapse but can’t do anything about it. Harrowing stuff.

“Knowing” is an absolute jam. Manic, blackened riffs and spastic drumming create a sound that conjures image of barbed wire fences and gangrene. Also, the recording itself is top-tier. At times it nears Kurt Ballou levels of intensity. All the guitars are crunchy and breathing and warm and every single drum resonates through the mix.

“The Divine Right of Tyrants” is total early 90s death metal. Very little hardcore elements are present. It shows that the band can actually play, that they’re not just trashing about and tapping the low E string.

I really hope Deathwish, or maybe even Century Media notices these guys and puts out their records, but something tells me that wouldn’t line up with their politics.

Play this record  to mosh, play it to remind yourself that you hate life, either way, it’ll be worth it.

Inflict more from xRepentancex on your lug holes at their Bandcamp. Buy xRepentancex shit here: xrepentancex.limitedrun.com and keep up to date with their shit on Facebook.