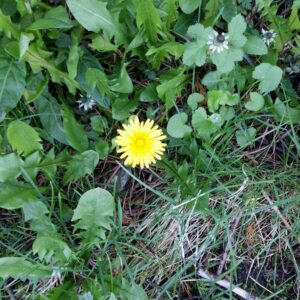 Louder than War’s Ioan Humphreys reviews the latest EP from the secretive and brilliant Xqui.

I know absolutely nothing about Xqui. I was urged by a friend to follow them on Twitter and to wait for music from them. After several cryptic tweets combined with images of red dragons and random photographs, they announced the release of their Britannia EP which is available here as a name your price/free download. I was completely blown away by the creativity, space and textures they were able to produce with what their PR said at the time was just ‘media and field recordings via mobile phone, apps and a vivid imagination’. At the time I described the sounds emanating from the Britannia EP as “On a par with any of Brian Eno’s ambient work or Clint Mansell’s film work! Sounding (like) a marooned robot with a thousand years of battery life left as he performs almost endless circuits around an abandoned spacecraft hurtling through space. Seriously good stuff”. Also described as “(sounding) like the last hymn sung as Britain falls into the sea” by fellow LTW writer Simon Tucker, this EP certainly stirred emotions and resonated with lots of people.

More tweets started to appear with what appeared to be the release of their debut album, Dragon. However, before this release in May 2018 via the North Wales Sound Art Society, Xqui this week released a second EP called ‘Kindness’ available here as another name your price/free download.

The opening titled track is a weighty 11.08 of a reversed track overlaid with percussive and found sounds including running water. It’s immersive, hypnotic and borders on meditative. Quite beautiful actually. Second track Sinner starts with a more corrosive sound that is the antithesis of the previous piece. It is again immersive, yet loud and uninviting and reminds one of the previous ‘empty’ sounds created in the Britannia EP. Disturbing and bordering on ‘harsh noise’.

Lauren is again an exercise in noise and the hypnotic qualities it brings. What Xqui make is the equivalent of planting ones ear to the ground and interpreting what sounds the earth and matter make. Final track Steven is a more electronic, ‘space-age’ exploration of sound effects, and manages to create enormous space, albeit with the most minimal of sounds and instrumentation.

This EP by the secretive Xqui is a fascinating document that explores and tests the far reaches of ‘noise as art’, as well as found sounds as ‘music’. It also questions what exactly constitutes a ‘song’, yet the ‘Kindness EP’ doesn’t necessarily answer these questions. However, what it does manage to produce is beauty and serenity from discord and dissonance, and for this, Xqui should be applauded. The Kindness and Britannia EPs are excellent documents and serve as perfect appetisers for the forthcoming Dragon LP. Essential listening.

Xqui can be found via their Bandcamp and they also tweet as @XquiMusic.