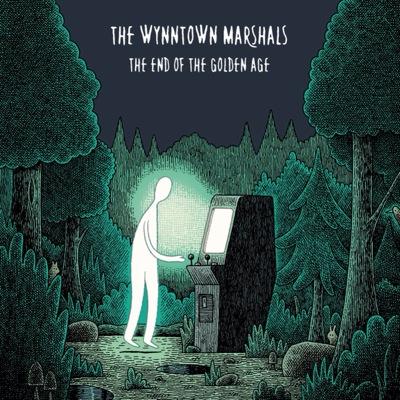 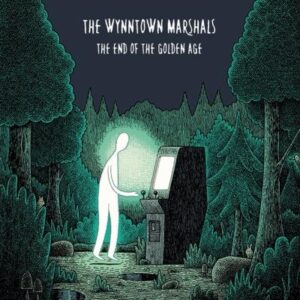 The Wynntown Marshals – The End Of The Golden Age (Blue Rose)

Three albums in for Edinburgh’s Wynntown Marshals and they’re carving out a singular niche in Americana/Alt. Country. Joe Whyte reviews.

I’ve bumped my gums about this many times previously but I’ll reiterate it. It is very difficult in this day and age for any band to stand out in the Americana genre simply because of the glut of releases and the huge number of artists mining that particular seam. The popularity of the scene is way at odds with the amount of records that come out seemingly at will. Europe’s mainland is awash with labels, radio stations, blogs and bands that look to the west and it must be hugely difficult for any one band to shine amongst the, let’s face it, decidedly average standard of some of the fare on offer.

Edinburgh’s Wynntown Marshals are the exception. This, their third album, retains hints of their core influences but is so much more than alt.country-by-the-numbers. With little shards of Cheap Trick, Big Star and Manassas in the songs, it’s a thrilling ride till the run-out groove starts to crackle. Well, it would if it wasn’t a CD copy I had, but you get my drift.

There Was A Time as an opener sets the scene quite perfectly. Chiming guitars from Iain Sloan and frontman Keith Benzie mesh effortlessly and the bands innate melodic sense is given free rein. One can sense that the Marshals have developed something of a “damn the torpedoes” attitude since their last outing (2013’s The Long Haul) and seem to have discovered a freedom that whilst wasn’t lacking on previous records, was maybe a trifle constrained by the whole Americana straitjacket.

Dead Sunflowers has a chorus that has summer days written large upon its major/minor interplay; new addition Richie Noble adds Hammond flourishes that recall nothing more than some ghostly Muscle Shoals band cutting loose in a bar after a session. The energy, vigour and sheer joy of the band is encapsulated in its three and a bit minutes of climbing powerpop fizz.

The album has a narrative to an extent; nostalgia and times past as well as the psychological battlefield that sometimes colours relationships. There’s a hint of Caledonia in much of the Marshals material and …Golden Age continues the thread. Red Clay Hill (which is a huge 50s excavation site one can see from miles around on the Glasgow-Edinburgh motorway) features Hannah Elton-Wall from Redlands Palomino Company on dual vocals with Benzie and creates a widescreen epic that has loss, longing and optimism in equal measures.

Idaho is the closest thing to usual-critic-touchstone The Jayhawks, but even this seems to have left much of the No Depression influences in the rear-view mirror. The guitars chime, the vocals soar and the rhythm section of Murdoch McLeod and Kenny McCabe (on bass and drums respectively) provide a taut, sinuous backing whilst the yearning melody recalls Sister Lovers–era Big Star.

With Metagama hitting almost psychedelic heights at times, this is an album that while retaining the much-loved sound of The Marshals, pushes the boundaries to new peaks.

With original artwork by Tom Gauld, The End Of Golden Age is easily the most complete thing The Wynntown Marshals have achieved; long may it continue.

~
TheWynntownMarshalls.com and Bandcamp.
They’re also on Facebook and Twitter.
All words by Joe Whyte whose Louder Than War author’s archive is here.