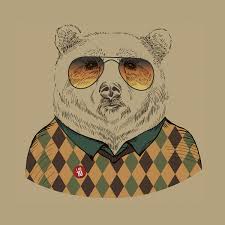 It’s hard to believe that The Wynntown Marshals have been at this for a decade; three studio albums, several EPs and singles and countless shows across Europe and they still seem like a “new” band to me. I guess there’s something effervescent and timeless about what they do that keeps me coming back. I’ve mentioned it many times before, but this is a band that truly transcend the ghetto of Americana and its glut of average-ness and make music, that while in the realms of alt. country, No Depression and all of that, has a classicism at its core that makes them so very much more.

Listening to this compilation, which includes several unreleased tracks for the completists, I hear much of what Teenage Fanclub are oft applauded for; chiming guitars, climbing harmonies, lovelorn lyricism and songwriting that elevates the soul.That’s the heart of this band. The stories, the songs; and again, not unlike Teenage Fanclub, the Marshals should be national treasures for these songs from Northern Britain.

They are miles above the competition at this sort of thing. I’ve compared them to bands as diverse as Big Star and The Replacements in the past and I stand by that; they’ve started off as a Jayhawks/Uncle Tupelo-influenced outfit but have quickly and cleverly evolved into a band that write their own descriptions. There’s hints of all the great blue collar rock and roll herein and the vigour of the band and the strength of the songwriting rarely disappoints. 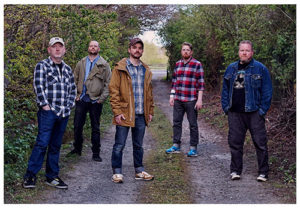 Repeated listening unearths treasures galore; the soaring massed vocals of The End Of The Golden Age; the pop-rock smarts of Canada, the clever and deceptively simple lyrical tricks of Red Clay Hill with its supercharged guitar licks. This is a collection for both the fan and the newcomer and the range of writing is really quite something. The later tracks such as Being Lazy with its swooning synths beneath the pulsing good-time vibe and the as-yet unreleased Odessa sparkle with the longing of country music and the brusque charm of Springsteen or Earle. The storytelling is always exquisite and 11.15, about a biblical Perthshire flood, is epic and grand while The Burning Blue, about the pilots the RAF in WW2, has pathos in spades. That cinematic, filmic feel is rarely far away.

The early  release Ballad Of Jayne (from a compilation) is included and is simply smile-cracking. Originally a song by Angeleno hair-metal spandex-stretchers LA Guns, it’s beautifully re-imagined as a widescreen roots-rocker with sharp incisors and a cheeky grin. Whispering Bob Harris took this one to his heart early on and his support back then on BBC Radio 2 gave the fledgling band a much-needed shove in the right direction. Mock Rock, Bob? Not these guys.

Laterally, Blue Rose Records have embraced the band, releasing much of their recent material. They’re not a band to shout from the rooftops; they get on with their business of writing and recording material of such class that they don’t really need to. Keith Benzie is a lyricist of such simple but articulate craft that it’s a delight to listen to a song unfold. I’m often reminded of the street-grit of Tom Waits when I hear Benzie unfurl a phrase. The musicians (and there’s been a few of them over the decade) add a zest and shimmer, be it all-out Tele twang or gentle pedal steel flourishes. There’s a muscularity and Goddammit, a groove to much of The Marshals music that elevates it above the average. The simple joy of much of the songs (despite the often lyrical longing and restlessness) is the thing keeps me coming back. It should pull you in, too.

Long may they reign.

All words by Joe Whyte. More from Joe can be found in his author profile.