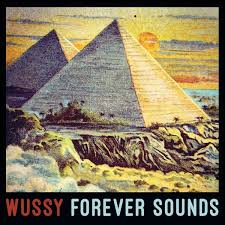 March sees the 6th full-length release from Cincinnati’s Wussy. Described by some as fuzzy 90s dream pop and psych, this 10 track LP is all of this, but much much more. The vocals are shared between Chuck Cleaver and Lisa Walker and across these tracks you get tortured vocals versus shoegaze noise. Slow burning angst alongside a noisy build up and tuneful, yet heartfelt vocals. Did I mention noise? Because this band loves noise and discordance, but more than that rely on good tunes, big tunes, REM vocals, Drop Nineteens tunefulness and BIG SONGS (‘My Parade’ being a stand out track)

Occasionally the band veer into lo-fi territory and the vocals are ‘phoned in’, but this by no means distracts from the effect of the music. It suits it if anything. At times they border on Pussy Galore’s abrasiveness, and again, this isn’t a bad thing. They then revert back to big tunes and melody. This band really does run the gamet of noise, experimentation and downright tunefulness! I love it and I can’t believe I am 5 albums behind?

Wussy can be found via their website, their UK label Damnably and they also tweet as @wussymusic.