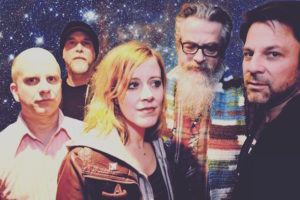 I have to admit that i had reservations about this cover as soon as I heard about it. I thought it was a cheep shot and an easy train to RSD cover glory (what ever that may be) that I had no intention being part of. Well bloody hell. How wrong can one be? This is such a great, respectful, cover!

The original New order version of Ceremony first appeared as their debut single after the death of Ian Curtis. As well as In a lonely place as a b-side. These tracks we re-recorded with Bernard Sumner on main vocals and pretty much formed the beginning on New Order.

Bernard’s New Order sung version of Cermony appeared on the seminal Substance 1987 collection of New Order single, album, and b-side tracks. The version of Ceremony on this collection is absolutely perfect and holds an emotional charge that I personally have never heard since. The history, the pain that the surviving members of Joy Division must have felt is utterly and completely laid bare in this track. As it was my first taste of both NO and JD, I had great expectations for this cover by Wussy.

And oh my God, what a cover!

They stick to the original structure of the song perfectly, but the extra vocals, and especially the vocals of Lisa Walker, just add an extra level than I ever knew this song could ever get to. This release is certainly no way fluff or for the sake of covering. This band obviously feel for this song as much as all early NO fans must have and deliver it in the most majestic way.

I love it. VERY respectful cover, but with some great additions. Buy it for RSD. I insist.

Wussy can be found via their website, their UK label Damnably and they also tweet as @wussymusic.