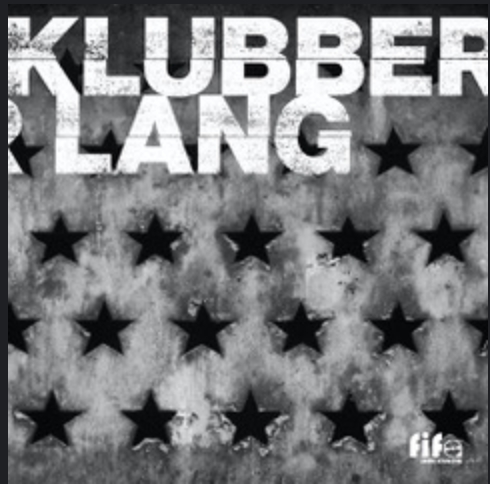 There is something going on in Ireland…in the post-Fontaines DC, post Murder Capital world the Emerald Isle has exploded into a thrilling and noisy frenzy with bands like Bitch Falcon, Sprints, Keeley, Emperor Of Ice Cream and this real beaut from Klubber Lang who sound like a punky take on Bauhaus but with their own thing going on!

Dublin alternative rock outfit Klubber Lang return with their new single ‘Sleep Well’, fast paced pounding rhythms, riff laden hard-edged melodies and McGoldrick’s idiosyncratic vocal delivery combine to make ‘Sleep Well’ a frenzied attack on the senses, one that is both thought provoking and addictive and leaves you wanting more. This is the band’s first release since teaming up with Irish independent label ‘Forever in Financial Arrears’ (FIFA Records) is the perfect follow up to their two previous singles from earlier in 2021 ‘There, There’ and ‘Not My Day’ both of which have created ample justification as to why there is palpable excitement about these Dublin heavy hitters.
The name might be new to some, but the band’s pedigree, especially in Irish music circles, is noteworthy, they were formed by Revelino guitarist Ciaran Tallon, ex-SIC bass player Ciaran McGoldrick on vocals and bass, ex-Mexican Pets drummer Fin O’Leary and producer Ronan McHugh on keyboards. McHugh works with Def Leppard, among others, as studio and live engineer, and produced all of Klubber Lang’s recent output, having worked with the band members on their previous projects.

‘Sleep Well’ will be available on all digital platforms from July 30th and is the first in a series of Klubber Lang singles with FIFA that will receive a physical release later in the year on limited edition cassette.