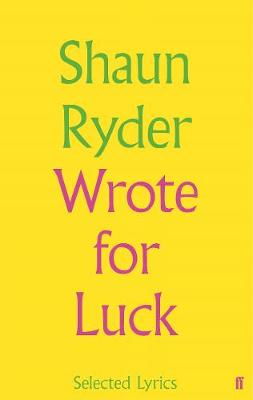 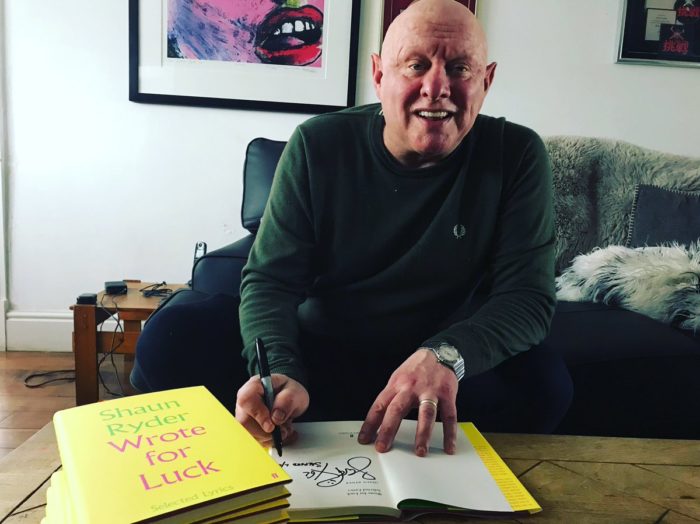 This March sees a new book release featuring some of Shaun Ryder’s most famed and renowned lyrics titled Wrote For Luck. Dropping by to give a few comments on it the Happy Mondays/Black Grape singer-songwriter spoke to LTW.com. 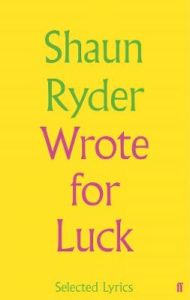 Without doubt one of the most celebrated rock’n’roll front-men of British music it was both his swagger, lyrical content and vocal style which set him apart from anything you’d probably ever seen, and maybe more importantly heard before. And so when writer/journalist Luke Bainbridge came to Shaun with the idea of presenting a book selecting some of his most popular and memorable song lyrics, he said ‘lets do it’. ‘Wrote For Luck’ is due for release March the 7th by Penguin books.

Great idea Shaun putting a collection of your lyrics together for this new book, is it something you’ve always thought of doing?

Shaun Ryder – To be honest, I had never thought of doing a song lyric book, like most things like this I have to have my arm twisted. It was my friend, writer and journalist Luke Bainbridge who asked me to do it.  Luke chose the songs, everything was his idea, I just went with the dam things.

What would you say are your most quoted lyrics/lines..and wwhat’sit like when you see your writing on say a council estate wall, or like below?

SR – I have no idea what my most quoted lines are, probably twisting my melon and call the cops..and I don’t want to sound a twat here but I’ve never seen my lyrics on a council estate wall. 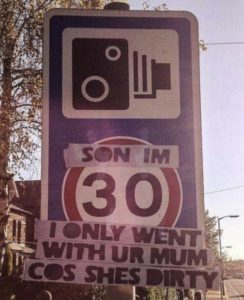 (Haha) Not at all, I ask because I once did myself on some old tenement buildings outside Barrow in Furness shipyard – ‘Twistin my Mellow man!’. Didn’t you used to get some of your lines from random library books..where else would you get ideas for lyrics?

SR – I don’t recall ever saying I got lyrics from library books! I did steal lyrics from a children’s story book and a whole verse from the blurb on Russell Grant’s book about star signs Leo. My influences are still the same old stuff like the TV, news or what people say.

But when writing lyrics, like above from ‘Do It Better’, what would come first..the music or the actual words.

SR – The saying he or she is on one, meaning in a bad mood, when the Extacy came along we were all on one (a pill) and in a good mood. I was singing the rush off an E pill coming on. If any youngster read this then DO NOT DO THIS!. Sometimes lyrics come first, sometimes music first, sometimes I have ideas for the studio before I go in, sometimes I write in the studio.

Before the book release you and the Mondays are heading down under for New Zealand and Australian tour dates – is it the first time the band have played there?

SR – We have played Australia lots of times back to the 90’s, but never New Zealand.

SR – The most exciting thing for me about the book is that it’s Penguin books, that’s cool, I like that, it makes me smile.