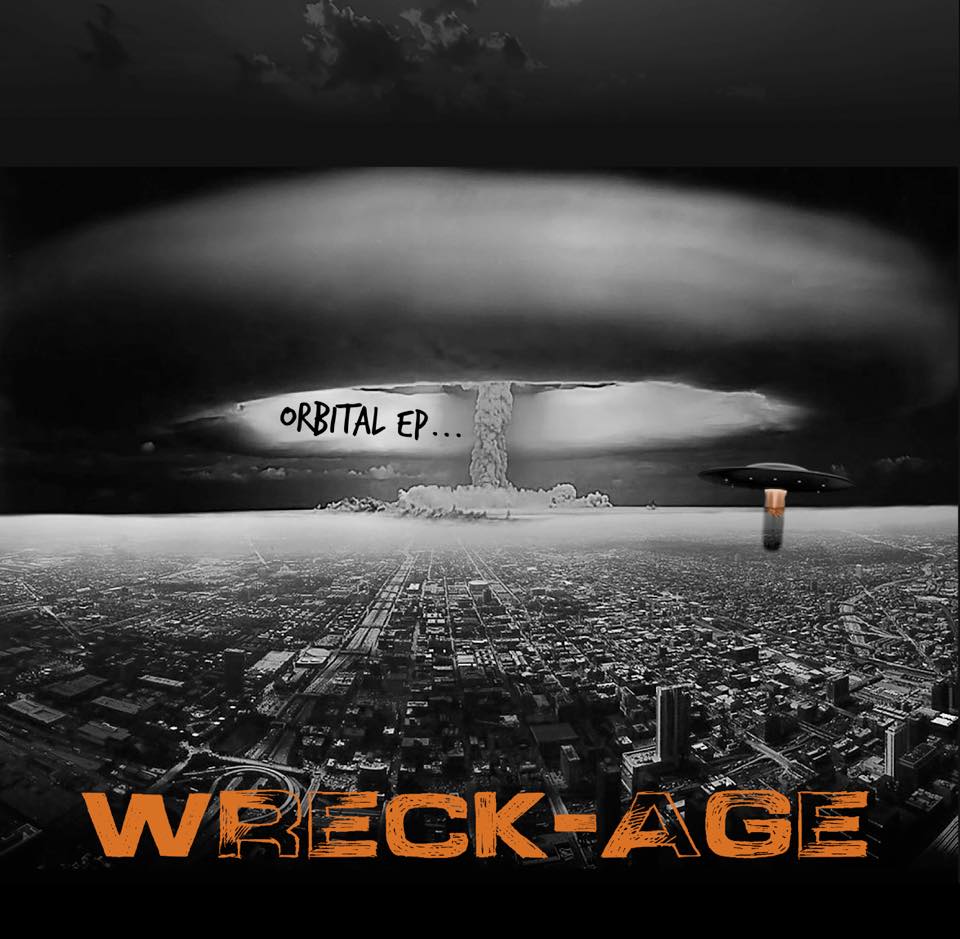 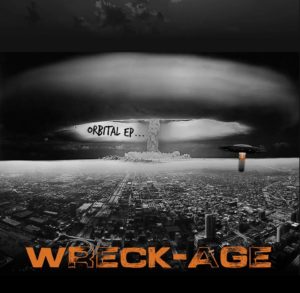 Four track debut from the Corby/Leicester based Wreck-Age who included previous members of both Eastfield and Cretin 77; title track ”Orbital’ is a darkly delicious vehicle for the distinct DK-esque vocals of Joe, powered along by a solid no nonsense beat, and a neat guitar riff, whilst ‘Two Minutes’ offers up an ever so subtle ska punk vibe…but fails to wrap it up at 2mins, instead cheating us of 7secs!!

‘Cop Out’ lowers the pace, a warm looping reggae bass line hints towards the obvious Clash influences before spinning off into a whirling vortex, then dropping away to a spacious middle complete with some taut guitar work, that allows Joe’s vocal to soar…closer ‘Turn Up To Dance’ continues in a similar vein, with some classic slashed punk guitar, crashing drums and again utilising the space between the components – nice.

An impressive debut, that draws on the bands punk roots but also ably displays their ability and desire to push against the genres confines.