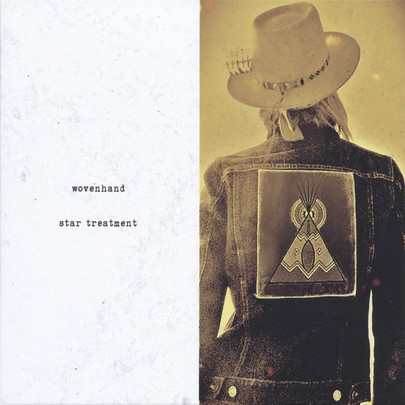 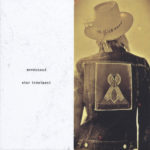 Americana has been given a rough ride of late. The fetid spawn of that parasitic Reptilian cunt Ryan Adams has grown, emerging in the forms of James Bay, Mumford & Sons and The Decemberists, all now officially lumped under this moniker, all doing their utmost to kill off whatever sense of wonder, mystery, terror or beauty the genre may ever have been associated with for the sake of sponsorship deals, awards ceremonies, VIP parties and celebrity duets. Oh, and industry backslapping. LOTS of industry backslapping. Gone are all the black influences, (the Gospel, the Blues, the Soul), killed off for something overbearingly white, weak-willed and woolly jumpered, yet another musical movement crucified in the name of record company compromise. Still, now ain’t the time for your tears dear reader, for I am delighted to confirm that the genre is not yet dead and buried, not quite. It takes a nation of veterans to hold the fakers back, and this particular veteran ain’t going down without a fight. Meet David Eugene Edwards.

Some of you nineties veterans may remember Edwards from Cajun/Bluegrass/Gospel/Indie outfit 16 Horsepower, responsible for some of the most enigmatic, unusual sounds of the decade. Since the early noughties Edwards has been riding with Wovenhand, a rather different type of Steed to his previous incarnation. Dealing with similar themes (God, death, down and outs), but bearing a heavier, more electric musical sheen, ‘Star Treatment’ is an incredibly full on record ; a Bible totin’, Whiskey swiggin’, six shootin’ BEAST of an album in fact! It’s kind of like Cormac McCarthy before he turned shit and wrote ‘The Road’, or David Lynch’s ‘Wild At Heart’ if it didn’t feature that terminally irritating thespian car salesman Nicolas Cage. Only in musical form. Sound good to you?

First of all, I should issue you with a warning. David Eugene Edwards’ singing voice is best described as an ‘acquired taste.’ If you can call it a ‘singing voice’, that is. It’s a weird, barky, yelpy kind of tremolo, a tone which doesn’t so much stick in your ears as slither into the top of your head and slowly push your brains down to the bottom of your legs, pausing only to tickle your nether regions for a giggle. Most of the time it’s impossible to understand a fucking word he’s singing; the voice acting as a bizarre kind of additional instrumentation to the sonic kingdom of the band. Lots of the intelligible lyrics seem to be related to religion(Edwards is a Christian), with only the thrilling Noir stylings of ‘The Hired Hand’ appearing to be the exception, a thunder and lightning tale of a professional assassin who “loves your cash.” The rest of the album veers from 80s Goth inspired rockers like ‘Come Brave’ and ‘Five By Five’ to spooked out Gospel torch ballads like ‘Crystal Palace’ (NOT a tribute to the South East London football club) and ‘Go Ye Light’ to the gruelling psychedelic soundscapes of ‘Swaying Reed’ (strangely reminiscent of The Kinks’ occasional forays into Indian experimentation) and ‘All Your Waves.’ When they slow the pace down a bit it’s similarly glorious; the majestically overwrought love song ‘Golden Blossom’ and haunting album closer ‘Low Twelve’, with its startling imagery of a ‘heavenly body’, are akin to rays of sunshine and a rainbow emerging in the sky after a particularly fierce storm.

A manic, messy, exhilarating, exhausting affair, ‘Star Treatment’ is a dramatic boost to a genre in desperate need of new flesh. Hopefully a counter movement will grow from its produce, baptising the old body and breathing the soul, the sex and the storytelling back into its mouth, for the sake of the next generation of cosmic outlaws. An aural journey into lawless frontier towns and forbidden valleys of the underworld, ending on a note of redemption and optimism for the unknown. The future’s in your hands here, kids. Choose wisely.