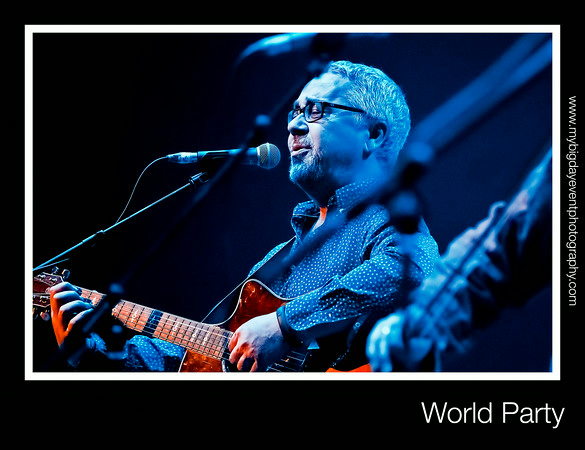 Purveyors of superior smart pop since 1986, World Party played The Roundhouse last week as a trio. Louder Than War’s idp was in the audience watching them making some awesome music and talking some crack snaps. 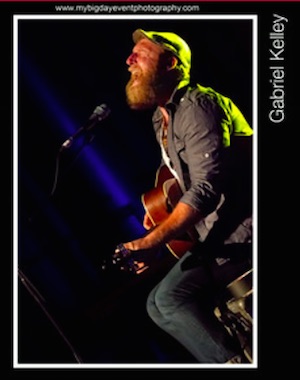 I walked by here almost every day and most days I’d stop to admire it. That’s what happens if you grow up with an evangelical railway enthusiast for a father – either you learn to hate everything to do with railways or you become the kind of person who stops on the pavement to admire a derelict engine shed while a big gang of rastas take the piss out of you. It’s circular and stands right outside Chalk Farm tube station and well worth a detour if you’re ever up that way.

This is the first time I’ve actually been inside and it’s quite something; a huge dome with a science fiction array of steelwork and lights suspended from the ceiling. It’s like a steampunk pantheon – a building whose spaces are vast and numinous and as we wait for the show I just gaze up at the roof and contemplate the wholly other, even if it is just a wholly other attitude to the building of engine sheds. It will have to be some show to live up to the venue.

Opening act is Gabriel Kelley, all the way from Florida with a percussive finger picking style, a tambourine wrapped in cloth under his left foot, a cool southern drawl and a big delicate voice that seems to float out into the arena and fill it right up to the roof. He plays with huge intensity, tilting his head right back until he is singing straight upwards with his eyes tight shut and his beard brushing the microphone. Considering that (as he points out himself) no one present has heard of him before, he gets a lot of applause and makes a lot of new fans with a performance which starts off as country and blue grass but becomes more soulful as the set progresses. He closes his set with Into The Mystic and it’s then that I realise just how good his voice really is – you need to be some singer to take this one on and not be found wanting. He even does the horn break a capella. When he finishes there are plenty of people who would gladly have him stay on a while longer and I’ll keep an eye out for him at festivals this summer.

World Party are one of those bands, (a bit like The Waterboys) that are really just one bloke with some friends and sidemen. In this case the bloke is Karl Wallinger (who did play with The Waterboys in the early 80s) and the version of World Party on show tonight is the acoustic trio line up, consisting of Wallinger on guitar and piano, David Duffy on fiddle and mandolin and John Turnbull from The Blockheads on guitar. It’s a relaxed atmosphere. We’re all seated cabaret style at big round tables and the band amble nonchalantly onto the stage to a huge welcome and to tune up.

With no new album to hawk and playing to an audience who are clearly already “on side” it’s going to be a greatest hits show and they can be a curate’s egg at the best of times. Plenty of bands just play them by numbers, but from the moment they launch into Waiting Such A Long Time, any fears that World Party are planning a low key amble through their former glories are dispelled.

What we get instead is three top class musicians on near perfect form and some of the best and most intelligent pop rock to come out of these islands in the last thirty years. Why were World Party never huge? I know they had hits and Ship Of Fools still gets played on Radio 2 now and again but seriously, this is a great show of wonderful songs.

They all look to be having a good time, smiling and cracking jokes and trying to make each other giggle; their mood is infectious and the big songs aren’t all saved for the final ten minutes which is good. Put The Message In The Box arrives early as does She’s The One for which the auditorium becomes so still it’s as if time has stopped. This song is so familiar it’s easy to underestimate it. It’s a lovely simple piano ballad but with a bridge that raises it above the ordinary. There are plenty of Britpop songs that imitate working class speech patterns – they’re mostly in the range between embarrassingly bad and patronisingly offensive – but when Wallinger sings the “When you get to where you want to go” section he manages to capture perfectly the authentic conversational rhythms of everyday speech. It’s a small triumph which is probably why it suited Robbie Williams so well. 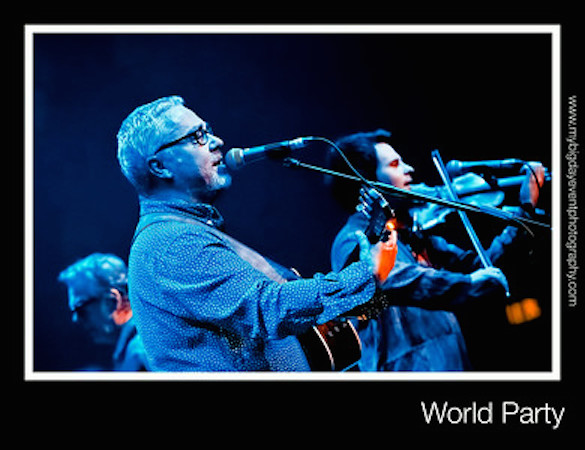 It’s not necessarily the best known songs that have the most impact however and Vanity Fair from the 1997 Egyptology album – a big gospel stomp with English literary folk roots – is a highlight, as is Love Street which features some great wah wah guitar and a remarkable heavy metal violin solo.

Wallinger is one of those serious musicians who are pop enthusiasts (not unlike Elvis Costello in this respect) and when he sings that he’s got a rare 61 Beatles you think he probably has. He’s probably got them all. Quite possibly filed in alphabetical order. His fascination shows through in his music. Stylistic references and allusions come thick and fast. Wallinger’s piano seems to nod to Elton John, Billy Joel, even Gilbert O’Sullivan while the opening of Sunshine recalls Acadian Driftwood by The Band. There’s a roadhouse country Sweet Soul Dream, and Who Are You channels early electric Dylan. I hear somebody mutter Subterranean Homesick Blues but it fact it’s 115th Dream and From A Buick 6 that are the inspirations here. (I have the same relationship with Dylan songs that I do with engine sheds, sad really).

By the time Ship Of Fools appears on the horizon there are dancers in the crowd and when everybody shouts for a repeat they clearly mean it. World Party could probably play that song over and over again for a whole show and people would go home happy.

As we leave Chalk Farm Underground Station (opened 1907 for the Charing Cross, Euston & Hampstead Railway, a gorgeous burgundy tiled wedge shaped Leslie Green classic) is gleaming the streetlight. I stop to take some pictures because that’s what us enthusiasts do.