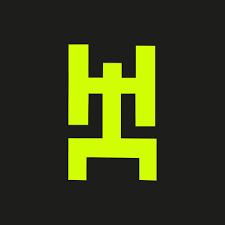 “Working Mens Club have been bubbling from a stream somewhere in Todmorden, infiltrating Hebden Bridge’s famous Trades Club and coming at us (according to other writers) like a Fall meets Soft Cell hybrid. Personally I’d say more Lo Fidelity Allstars, Renegade Soundwave or Underworld, yet they have all the hallmarks of a great dance crossover indie band that brings back that Hacienda feeling. Just check out closing track Angel for a 12 minute blast of wig out dance psych. They even did their own take on The Happy Mondays Bummed poster campaign on Oldham Street, by plastering Manchester venue Yes with their iconic logo which will be ingrained in your head for years to come” – Wayne Carey.

Working Men’s Club’s debut album is as exhilarating as it is diverse. Following on from their most successful single, Teeth, they obviously haven’t lost their character.

After two singles in 2019, the band’s third, Teeth, really elevated them as an act. With grungy synth dominating the mix, it seemed to signal a switch from an indie guitar band, to one which celebrates everything from Neue Deutsch Welle, to Techno. Their self-titled debut is a testament to that.

The first two opening tracks lift you up like all the best EDM does. Like Underworld, with a respect for pop music and gutsy electro, Working Men’s Club create catchy hooks with pulsing beats. A.A.A.A’s jaw rattling synthesizer and syncopated digital cowbell not only keeps a tight groove, but sounds ecstatic. It’s filled with fiercesome, high-octane grooves and punchy digital drum snaps and cracks.

While White Rooms and People, was somewhat of a let-down when it came to a single release, for the album it sits comfortably amongst the setting. Similar to INXS, but without the same level of vivacity, sex appeal or sparkly guitar rhythms.

Nonetheless, it’s a synthesizer safari, taking you from the techno works of DAF and Underworld to the more heady Tame Impala. At times they turn to the driving, unstoppable motoric beats of bands like Neu! And La Dusseldorf.

The album is something slightly different, it’s neither poppy, nor occupying the space of strange that most new bands are. As a body of work, it feels like it’s them through-and-through. The youthfulness cuts through like a knife through butter, and it’s all flattered by the digital production.

‘Teeth’, however, dominates the track listing. Perhaps because of its place as their first really successful single, or maybe because it is just such a fantastic track. Regardless, it’s relentless bass and aloof vocal delivery stands clearly above the rest of the album. But that’s not to suggest there aren’t hints of greatness in the remainder of the record.

Closing the record on a 12 minute motorik marathon, it leaves you with an enormously satisfying feeling. With this debut album, Working Men’s Club have shown themselves to be a band that don’t really want to stop the party, pandemic or not.