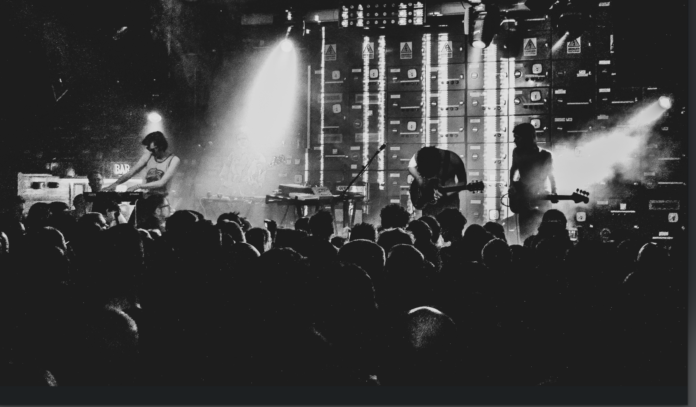 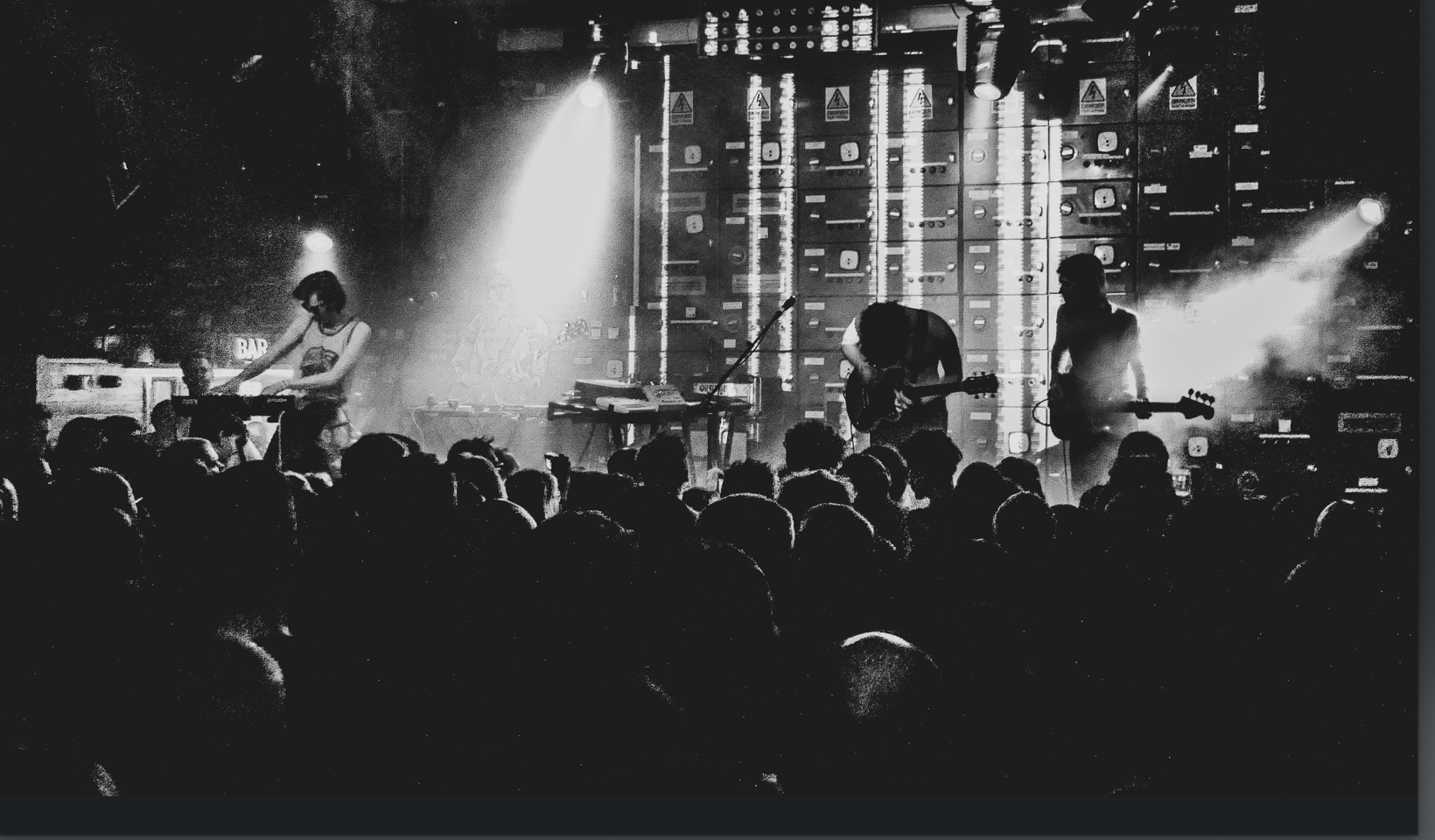 Sonically charged and shot through with political discourse, Working Men’s Club exhibit confidence and brutality in staggering proportions, providing succour for the disenchanted and disfranchised. Tonight is a searing attack on the senses.

Part of the emerging Calderfornia pantheon, the band are carving a swathe through the destitute guitar band landscape. Expanding beyond their local coterie, a sprinkling of releases and constant gigging have earnt national acclamations. They are doing it the old way.

Sometimes though, the old ways are the best. Originating from the Calder Valley, a first listen would hint their musical origins lie somewhere between Sheffield and Manchester. The electro scene of the former and the post-punk behemoths of the latter. Closer inspection reveals them wading through deeper ponds. ‘Bad Blood’, spills pools of bass delivered with a wired intensity that proffers a nod to LCD Soundsystem, whilst the glittering ‘White Rooms and People’, reflects early Suicide. It’s this demonstrable ability to glide effortlessly across genres that makes them stand out.

At the centre of it all is Syd Minsky-Sargeant. He is irresistible. Descending the Pennine Moors, he evokes a brooding Heathcote. Mairead O’Connor provides the perfect laconic foil. It all makes for compelling viewing.

The sanguine ‘Cook a Coffee’ takes a vitriolic swipe at Andrew Neill, whilst ‘John Cooper Clarke’ is blistering, its opening salvos punctured by Syd’s demonic forays into the audience. ‘Angel’ a blowtorch of shear white heat, lacerates torsos leaving the audience bewildered and disorientated. ‘Teeth’ provides an inexorable climax. “I see grit in your teeth” spits Syd, reverberating through a wall of visceral feedback.

Then it’s all over.

Words by Steve Turner and photo by Piran Aston