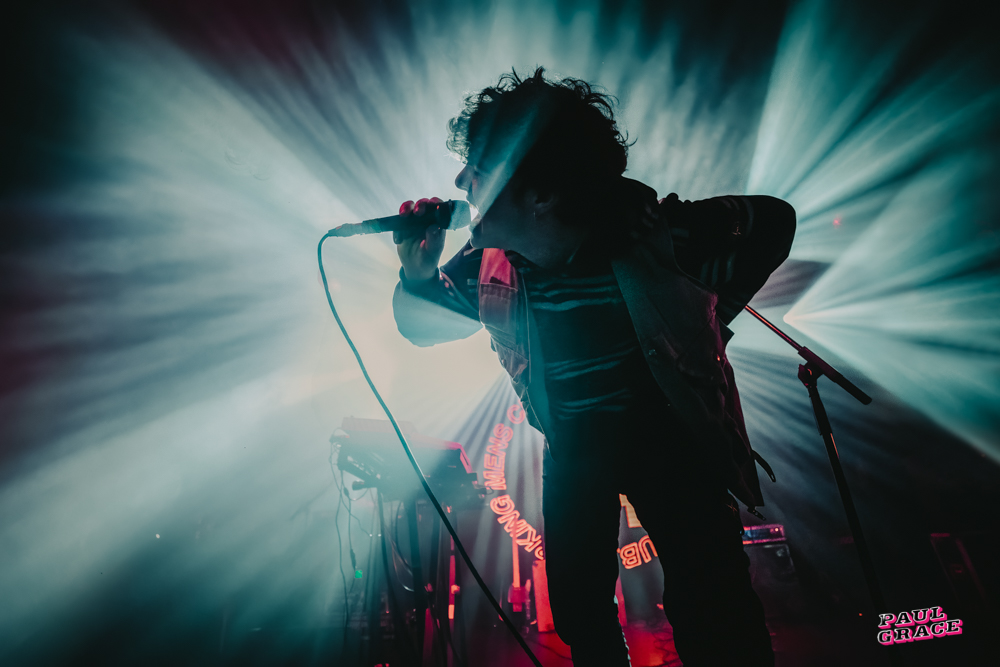 Working Men’s Club bring their post-punk-meets-electronica to Electric Brixton in London on the final night of a national tour. Nils van der Linden witnesses a band that are fiercely independent and uncompromising.

The lazy comparisons with New Order are inevitable. Their sound (post-punk guitars and attitude meet dance rhythms, electronica, and early ’80s synthpop) isn’t dissimilar.
Their roots (the North) are shared. Even their make-up (three men, one woman) is the same.

But Working Men’s Club, who arrived with debut single Bad Blood in early 2019, are no nostalgic knock-offs. Clearly fiercely independent and uncompromising, they ditch convention. That’s certainly the case at a sold-out Electric Brixton on the final night of a national headlining tour.

Their intro music is, frankly, unexpected (Abba’s Fernando). Current single X is skipped. One-third of the tight 11-song set is new, unreleased material. There’s no encore. And frontman Syd Minsky-Sargeant never addresses the crowd. Even Bernard Sumner, one of the least loquacious performers around, will muster the prerequisite “Hello [insert city name here]”.

Add some moody lighting to the equation, so that the band are either playing in shadow or silhouette, and it’s clear the focus tonight is on the songs: 55 minutes of undiluted sound and emotion, delivered with an intensity, volume, and body-shaking bass thump no studio recording could ever capture.

A pounding Valleys, with its lyric “Trapped, inside a town, inside my mind, Stuck with no ideas, I’m running out of time” offered up in monotone, is as bleak as it is danceable. The guitar-heavy, Andrew Neil-baiting Cook A Coffee takes on a fittingly grittier edge than the version on their self-titled debut album. The amplified industrial rhythms of A.A.A.A. match the despair in Minsky-Sargeant’s voice as he utters the lines “Burdens fall over me, As the world sinks beneath, A futile existence”. 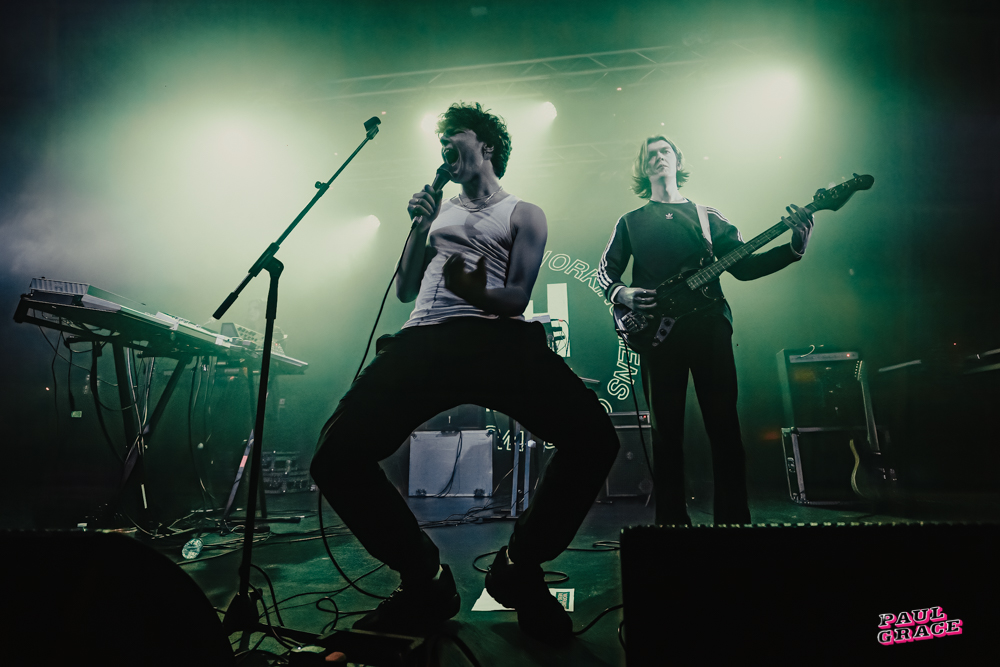 Be My Guest, which upends the tradition of using synths to add an iciness to organic instrumentation, melds warm electronic textures with angular guitars. And the epic, slow-burning Angel climaxes with a guitar storm that’s certainly there on the album, but scores an unexpected eight on the My Bloody Valentine scale tonight.

Where there’s shade, there’s light. John Cooper Clarke ramps up its retro-pop influences, prompting even the oldest members of the audience to bop their heads while amplifying the deadpanned wisdom Minsky-Sargeant provides. Set opener (and one of four new songs) adds a brightness to their sonic palette, while the relentless groove of hands-in-the-air anthem Teeth is the perfect show closer.

Through it all, despite the lack of spotlights or between-song chat, Minsky’s personality can’t be obscured. While the rest of the band (Liam Ogburn, Rob Graham, and Mairead O’Connor) move quite anonymously between bass, guitar, and (mainly) banks of electronic equipment covered in keys and knobs, the frontman isn’t lacking in charisma. Channeling the music, he alternately hangs on the microphone, crouches with purpose, tugs tightly on his white vest, and throws angular shapes.

He even goes crowd surfing. That’s something you’d never see at a New Order gig.