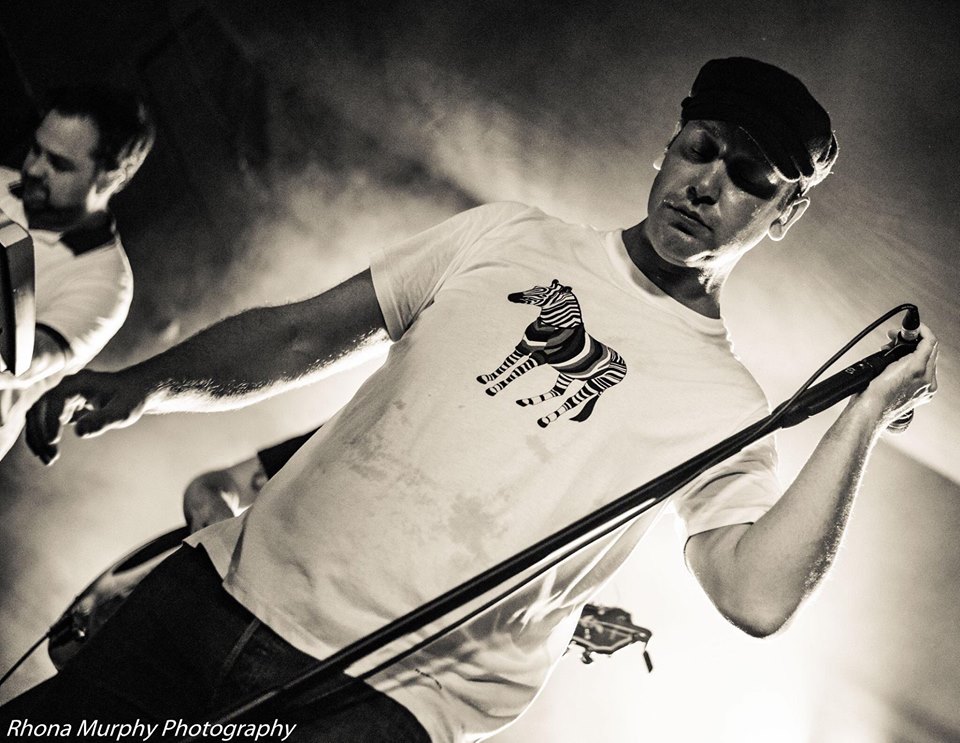 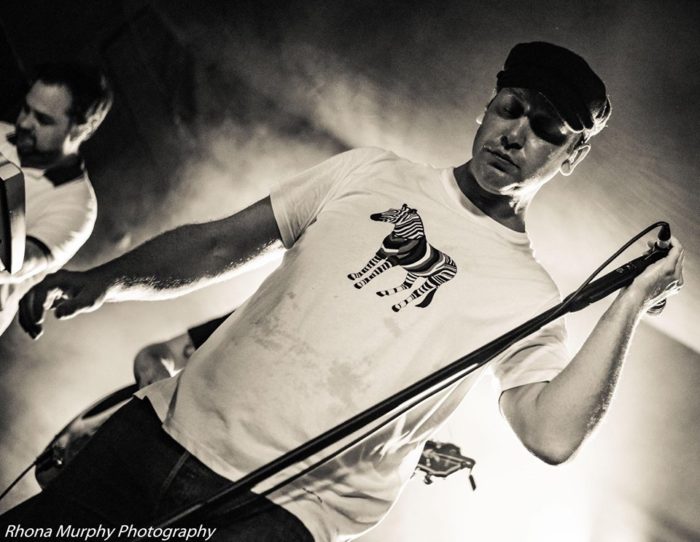 The Rising release their second album on Nov 9th 2018. It’s taken  four years and cost a lot of money. Detour Records handle the distribution but the band self-financed using one of the country’s best studios, Rockfield and a top engineer. The band all have day-jobs and families so it’s a huge & risky commitment. Starting out as a good-time Sixties-inspired party band and dismissed as Oasis-copyist by rivals, they were spotted and rated by Alan McGee early on, have gigged hard and have grown in popularity as well as musically. A staple at festivals down South and their debut becoming Detours biggest seller- amongst its ‘new bands’, the Rising are ready to go up a level. They’re ready to fly… The album is great collection of uplifting modern psychedelic pop (review to follow soon)

‘Talking About the New Album’ Interviews get boring and samey so instead Tommy, I want to talk about Working Class Heroes. I think I know who yours are, four of them anyway:

OK, go on then, but I’ve got to be honest, I don’t really care what social class they belong to. If I like ‘em – I like ‘em.

Fair enough, but it was after that online scrap the other day that I got one of his songs stuck in my head; – Working Class Hero – so first up: – John Lennon

Yeah, Lennon’s a hero of mine.

The Gallaghers and Oasis?

Well, soundtrack of my youth…

One of the most fascinating people ever.

Ah Corbyn! Knew he would come up! I’m a big fan.

Alright, we’ll take them each in turn. You know I’m not a Beatles fan. I can’t deny Lennon wrote a few good songs but he wasn’t really a great singer was he?

His voice just resonates with me. There may well have been better technical singers than him that threw their voices all over the place and that – but they didn’t have his voice did they? He could sing soft and gentle but then he could go angry and raw and let you have it!! Least we forget he fucking wrote them too!! He wrote about so many different things as well.

Part of his genius was that he was far from perfect. Like us all really. In fact, he was a bit of prick at times. He made mistakes, he wasn’t a great husband, nor a great father, drank too much, took too many drugs – the wrong drugs – was insecure, arrogant, aggressive, violent, hypocritical – the list goes on. He knew he was flawed. In his solo work, some of his songs were very confessional like “Mother”, “Cold Turkey”, “Isolation” and “Jealous Guy” to name a few. He would write songs about his fuck ups and flaws whereas his contemporaries wouldn’t dare to. He wore his heart on his sleeve and for me as an artist – that’s everything.

We’ve talked about Oasis before, I never got them at the time, but in retrospect I can see why they were important to your generation, particularly ‘working class kids’

Well, I’ll always be eternally grateful to them for moulding me and getting me into the right music at the right time I guess. My taste in music has deviated a bit from them over the last 5 years or so. I keep an eye on what they do and did enjoy both Liam and Noel’s recent solo albums – but they only filled a small gap. Liam’s was good – if not a bit predictable – and Noel’s was a bit more experimental – which I’m all for – but a few catchy singles aside – as an album – it wasn’t a masterpiece. Oasis were exciting for me as a teen and a young twenty something, and yeah, I could relate to them a lot, but if I hear “Live Forever” or “Don’t Look Back In Cunting Anger” one more fucking time this year – by either of them – I’m going full Travis Bickle!! Its like being stuck in a fucking lift with it on repeat!! There’s no escaping them and they haven’t even reformed yet – which they of course eventually will.

As for the working class thing? Well, yeah, they were probably one of the last real working class bands to make it big weren’t they really? You’ve got to admit what they achieved was pretty fucking special. For a very brief period of time in the 90’s – they ruled the world!  That would never happen today. Not with how the industry works now – which is a crying fucking shame for both artists and music fans. So yeah, they get the thumbs up from me…….just don’t get back together. Please.

And Lydon, still a hero despite some foolishness on his part and some harsh press treatment?

Yeah. The Sex Pistols just absolutely hit me like a hurricane when I became aware of them. “Bollocks” is – in my humble opinion – one of the greatest and most important records of all time. I would have loved to have been around when they burst onto the scene. 19 year old kids writing about the fucking ugliness of the country in all its conceited glory. Wonderful stuff. I think they turned a lot of people on and made them think. I may well have been one of them.

As for John himself – I think he’s one of the most fascinating and intelligent blokes I have ever come across. I don’t always agree with him – but he always seems to have an angle which opens up your mind and he doesn’t do things by halves and he tells you – exactly how it is. He’s totally original in every way. His vocal style, his stage mannerisms, his clothes, his opinions – the list goes on. There is no falseness or pretence with him.

I watched “The Public Image Is Rotten” at the cinema a few months back and it was a real eye opener for me about how hard he’s worked with PiL over the last 30 to 40 years and how he’s been taken advantage of by people very close to him. So yeah, he’s a hero of mine.

Away from music and to the ‘real world’ . The man they call JC. Jezza Corbyn. Is he the true ‘working class hero’ we’ve been waiting for?

Not sure he would qualify as being working class – but he certainly has the best interests of the working class at heart. I think the man has integrity and honesty and for the first time (especially in my lifetime) we finally have a politician who believes in giving everyday working people of this country a fair crack of the whip. I’ve never known a politician to get so much stick from the Tory controlled media than him which tells me only one thing – they’re petrified of the man!! He’s a real threat to elitist megalomaniacs like the Rupert Murdochs of this world who write shite to trick people into voting for a party who they have nothing in common with – whilst quietly hoarding billions of pounds off shore and avoid paying their fair share of tax. “Corbyn’s coming for ya! – and this time – the revolution will be televised!”

Any other heroes, working class or otherwise?

Diego Maradona. Best footballer ever. Mad fucker as well! Arthur Lee, Brian Wilson, David Bowie – three absolute geniuses. Kevin Parker of Tame Impala – the most talented man in music today – and last but not least, my dad : one of nine kids born without a pot to piss in, worked his balls off and has given me and my two brothers a half decent life. Got his feet up now and enjoying his retirement shouting expletives at the telly every time someone from the Conservative party comes on. Wouldn’t have him any other way.

Go on then, tell me how good the new album is? I know you’ve spent a load of money on it, Tim Lewis (Thighpaulsandra) engineered it and it’s a real progression from the first album.

It’s a monster ain’t it? Some big, rocky Hammond bangers, some synth psych pop, a bit of Motown, a few ballads, a sitar popping up here and there, Yeah, it’s a beast!!! We wanted to progress our sound and make a more modern album than our debut. Don’t get me wrong, I love that record and it has a great retro feel to it, but we didn’t want to more or less bring out the same album again. We wanted an album with big production to sound colossally huge compared to the under produced vintage feel of the first.  It’s not a million miles off the first and still has a 60’s feel to a lot of it. “Lord Please Show Me The Way To Go” has got a “Lennon does Motown” kind of vibe and there’s plenty of Hammond on there. Psychedelia and mod / garage / freakbeat music have always been closely associated.  Modern psych pop bands like Tame Impala and Temples use synths which is what we’ve done on five of the tracks.  We’ve tried to incorporate new elements into our music and make something a bit different from what we’ve been known for in the past.

It is a really great, ambitious album and I would say that Tommy and the Rising are pretty-much working class heroes themselves;  working hard, making classy music and whilst holding down day-jobs and providing for their families.  They keep their feet on the ground, whilst ‘living the dream’ at weekends, but realising that if you weren’t born with a silver spoon in your gob, then it involves a lot of graft.  The new album Are You Ready To Fly? is out 9th November and if you pre-order it you get the brilliant  title track as a download single on 19th October.

Launch gig is 9th November at the Joiners, Southampton but is completely Sold Out

The Rising ‘Free My Soul Tonight’ has been used with their permission, in this video for Football Lads & Lasses Against Fascism to promote their London event on Saturday 13th October (tomorrow)