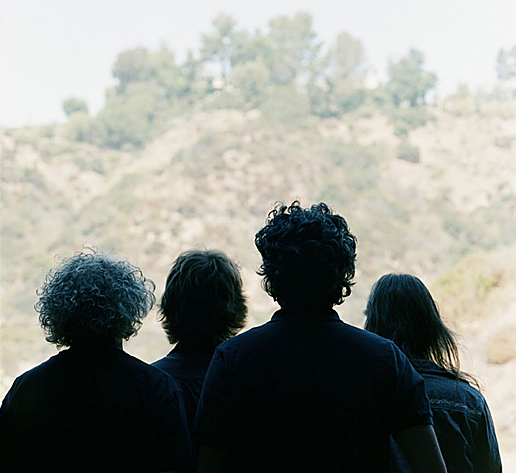 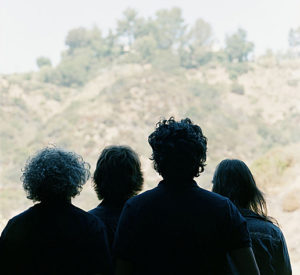 Out of this world psychedelic rockers Wooden Shjips never fail to impress with their exceptional live sets and tonight is no different!

They’re by far one of the finest bands around within the psychedelic scene, Wooden Shjips have blazed a a phenomenal trail through their five albums. Consistently brilliant their back catalogue is to be held in awe, couple that with their impressive live sets and tonight is already shaping up to be an exceptional night of mind bending psychedelia.

The Lucid Dream open their show with an almost deafening set that for the most part is almost incomprehensible, their volume ruins their short set. Initially dampening the mood of the evening, but fortunately Wooden Shjips are not far away. With their volume more tempered they set about a spellbinding set, opening with Eclipse from their latest record V it sets the perfect tempo for their set.

Shrouded in reverb and typically jangly guitars the four piece are off to a flying start before taking things up a notch with For So Long. A sea of heads before them nodding along to these motoric beats coupled swirling visuals, their set continuing to build delving into their back catalogue for us though its Ruins from Back To Land that is arguably the highlight of this set.

This Rock n’ Roll blast of psychedelia sounds well and truly out of this world tonight, with its swaggering beats and sparse vocals. Soon the sea of nodding heads has been transformed into a sea of swinging hips, all bouncing along to the infectious beat. They close out their main set with Death’s Not Your Friend, topping off an out of this world adventure that has everyone typically in awe of them.

However, they’re quick to return to close out the night with These Shadows followed by a cover of Snapper’s Buddy. A truly impressive way to finish off thrilling this packed audience in such a lovely venue, tonight Wooden Shjips once again prove why they’re one of the best live bands around!