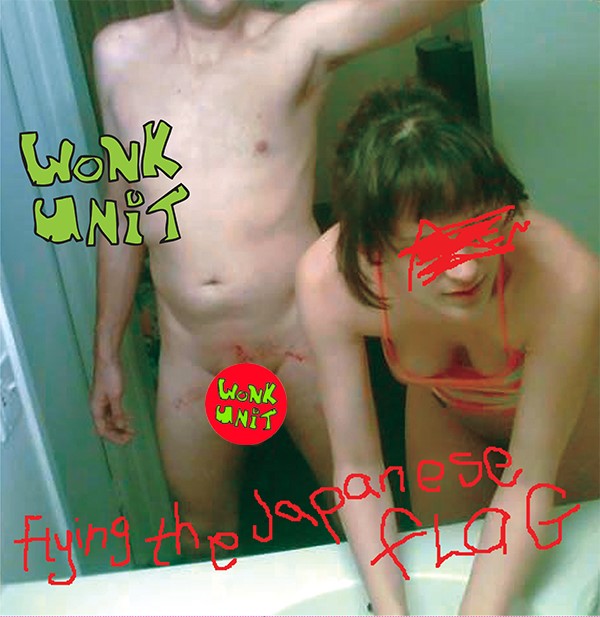 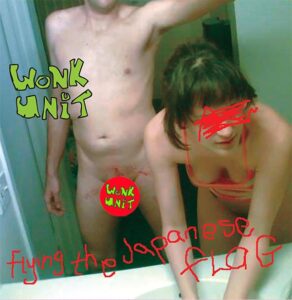 Wonk Unit to re-release ‘Flying The Japanese Flag’ on vinyl…

TNS Records have announced that they are re-releasing the first Wonk Unit album, ‘Flying the Japanese Flag’ on vinyl.

You can now pre-order the record on one of to different colour varieties from the TNS webstore.

Limited to 100 you can get the album on milky clear vinyl with red and white splatter (Sold Out). There are also 200 copies on white vinyl.

The record will be released on 13 November in time for Wonk Unit supporting Slaves on their tour across the UK.

Here is what Alex Wonk has to say about the album, which has long sold out on CD:

“Everything about this record has a fuck you energy about it. It was at a time of rebirth for me. I was 5 years sober, newly single and finally living my life again after years of addiction and depression. I experienced for the first time the highs of romance and promiscuity with sober eyes. It was a second adolescence. I was dumb and naive but most importantly I was happy. The blinkers were off and I was able to see all the f*ck ups and horrors of the previous decade and shrug them off my shoulders. This album was a memoir, a diary, a cleansing of the soul. A freedom. Written for myself. If you wanted it, great! you could just download it from MySpace but we weren’t looking for approval. The original ethos of Wonk- never asking for a gig or review. Not looking for a record deal. This was music for ourselves. If folk liked it then rad but never forcing it on anyone.

This record wouldn’t get written now in 2015 and I wouldn’t be naked (covered in period blood) on the front cover. I’ve kinda got all of that shock factor stuff out of my system. I’ve learned a lot in the last decade and I hope I’m a better person for it.

The songwriting on this record is probably the best I’ve ever done. This may sound like simple 3 chord punk but just try playing it. I’m super stoked that it’s coming out on wax!!”

The record is now available to download from the TNS webstore. An exclusive t-shirt deal is also available.