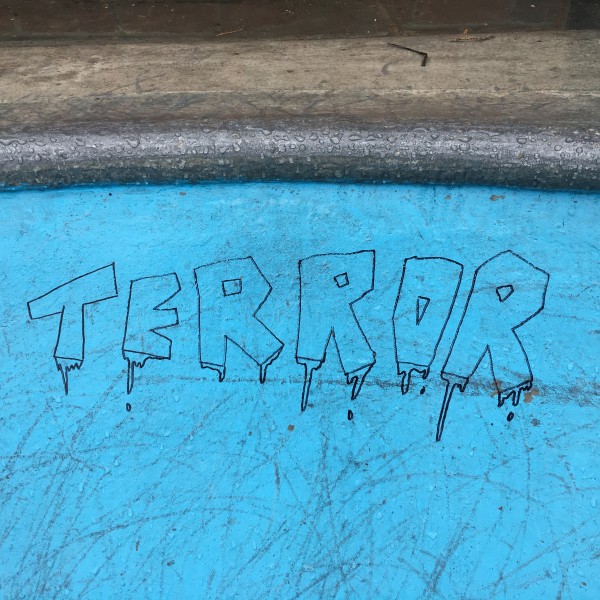 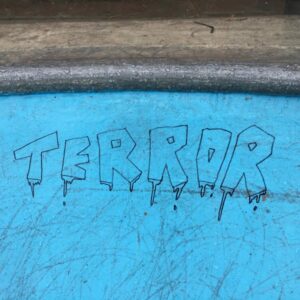 CD, Vinyl and all other online platforms

The clue is in the title. Terror from Wonk Unit is the relatively mature new album from a band whose name gives another idea of front man Alex Johnson’s nature. With his independent spirit and prodigious work load making him quite the guttersnipe renaissance man, the old cliché about making music for himself and if anyone listens that would be a bonus actually rings true. Sometimes writing songs as therapy can leave the listener to do the work but as he generally gets the balance right things turns out pretty well for everyone on what might be their most consistent album yet.

For a northerner who is meant to be averse to any funny business a cockney punk rock voice cheers me right up. All the way from Steve Marriot to Stinky Turner and the gentlemen from Snuff who are the most obvious reference point for the traditional Wonk sound. Johnson’s petulant insistence is a beauty and carries opener Day Job Wanker. It doesn’t seem to be a don’t give up the day job jibe but would be unlikely to be mocking a day’s work as Johnson makes actual honest to God things when he’s not constructing his rough arse pop gems.

The flashback Christmas In A Crack House manages to sound like a particularly dishevelled Madness while conveying a vision of somewhere a million miles away from their house. Like Suggs on crack its strings, bells and quite possibly whistles is probably the best Xmas song since the Pogues started to chafe a bit.

After a similar start Flummoxed More Than Jealous rollocks away at the pace of someone trying to escape a Limp Bizkit fan while She Knows It is another kitchen sink battle of the sexes ditty. A plaintive Hope has a broody protagonist trying to encourage his partner to show an interest in babies rather than drugs. Just a thought but it might be all this banging on about family driving her to them in the first place. Maybe putting the cart before the horse for Dad is the following My New Safe Place, which marries a Steptoe like beat to an Elvis like voice over about someone promising to look after their daughter and just about pulls it off.

On Ride It Out a slow intro gives way to the guitars and drums really kicking in and a nagging mid song breakdown might not be meant to mirror an addiction to prescription pain killers but definitely demonstrate an apposite way with a timely subject matter. Whether the sunny reggae vibe of Thank You will soothe those jangling nerves with its, “Today I woke up to a what the fuck,” is debatable. A dedication to the particularly undread like Skids adding either another mondegreen brought on by me being smacked in the head during Into The Valley at a local band night, or something which adds more pleasing incongruity to the mix.

Johnson with his ring leader of mischief live persona is something I enjoy but bands who don’t seem to take themselves too seriously often struggle to have their talent taken too seriously. Terror could change this. The suitably robotic start of As The Rest Of The World Sleeps almost immediately gives way to Johnsons lyrical prowess and a cracking tune. It might just be me trying to appear well read and only succeeding in sounding self- conscious but his depiction of lying awake in the “screaming bloody silence” as “a war rages in me” stands comparison to Phillip Larkin’s Aubade.  At present some of my fear and regret has been replaced by the chorus ringing around my head at three am so I thank them for that.

With a need to need to bring some white light to the shade they still find room for the sort of bangers that a band who tour as hard as Wonk Unit require. Judas Betrayers is as close to anything overtly political as they come. Mutiny with a smile is in their being or more demonstrably at gigs like Wonk fest where people bring food to share and nobody gets in on a guest list, rather than po-faced sloganeering. Finishing with a speeded up Crack House is either emphasising the bond that exists between Johnson and his mate Curtis or a more feasible way of pulling it off live.

Previously I have tended to focus on particular songs with Wonk Unit. Lewisham, with its reference to a pub that had the best jukebox in London and is now the site of flats, conveyed the melancholy of a lost city to me. Meanwhile Awful Jeans simply resonated to someone who may have worn debatable trousers. Terror brings these elements together into something I would hesitate to call a concept but the perils of growing up are addressed with enough Tyburn Tree humour to avoid any negative connotations. If you are one of the people who have contributed to them shifting over 20,000 Wonk Units in the past or want somebody who means it in your life you won’t be disappointed with this.

Watch the video for Christmas In A Crack House here:

You can also listen on Bandcamp and find them on Facebook.