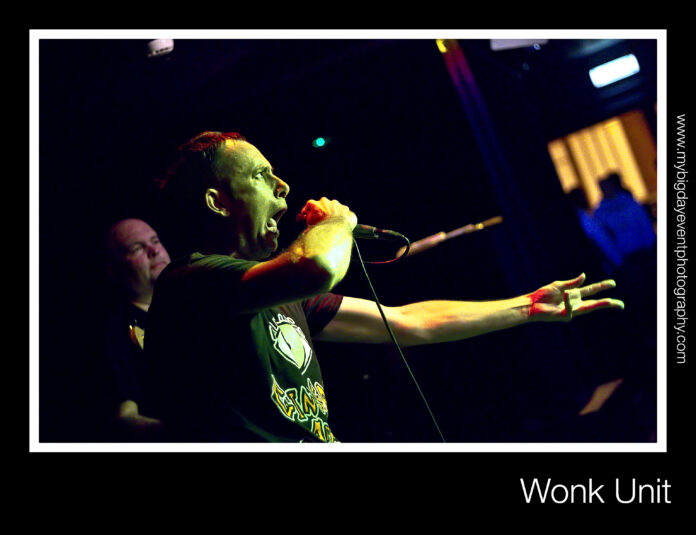 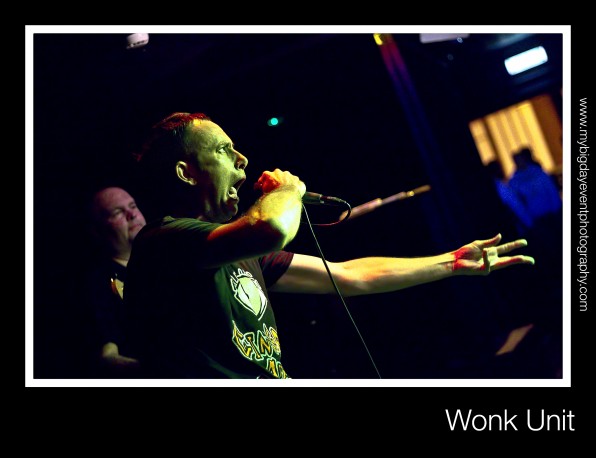 Friday evening at The Matrix and there’s an impressive line up at the latest of Ross Stark’s Anarchy promotions but unfortunately I miss out on The Reverends because I am otherwise engaged at the Minster across the road taking pictures of a piano and poetry recital. That’s how cool I am. It’s typical of God though, to make you late for a gig. I suspect he has no soul and that’s why he needs ours.

Anyway even though I didn’t get to see The Reverends here’s a link to Camps which sounds pretty fine to me and I hope they come back this way soon. Apparently they’re from Derby and they’re not really vicars at all and they really rock.

I do arrive in time to catch No Contest who are endeavouring to damage the foundations with some high energy hardcore. When I arrive at the club, which is down a deep brick canyon off the main drag, (all right it’s Grimsby, so it’s off Bethlehem Street which is as close to a main drag as we’ve got) their sound just comes rolling and echoing out like it’s escaping from somewhere deep beneath the earth. They are blessed with one of the most energetic lead vocalists I’ve seen, a man no stage can contain as he marauds through the crowds. He’s called Rob and he’s also in East On Main but I’m not sure this is enough. He probably needs to be in a different band every night just to keep him from exploding. When he is in danger of overheating he takes off his shirt and in the greenish light shouts of “The Credible Hulk” are both cruel and inevitable.

Just to mix things up a little next up is Meansteed, all the way from Harrow, and playing, to quote their website “no bull-shit, high octane, uncompromising and raw rock’n’roll”. Couldn’t put it better myself. It’s full on stuff with a good deal of standing on speakers, vertical guitars and synchronised hair waving and even when our eardrums burst and our eyes are bleeding with the sheer rock and rollness of it all they just keep playing louder and better and we dance through the blood spatter and pretend it’s just spilled beer. 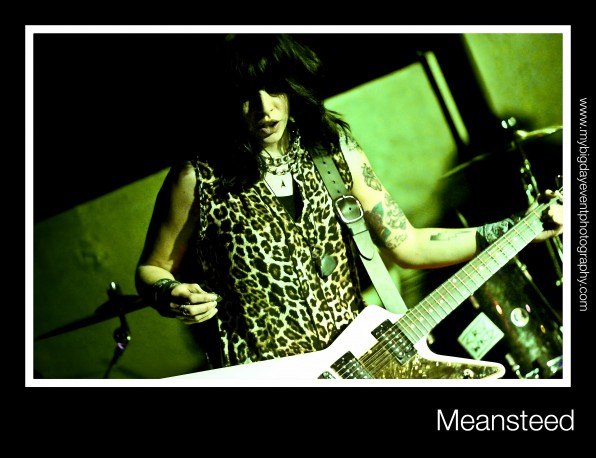 Between sets there’s some fine acoustic palate cleansers from local troubadour Joe Coombes who does a particularly good version of Monkey Man which I haven’t heard since Toots and The Maytals played the end of the pier a couple of years ago (yes really).

The main attraction is Wonk Unit, whose most recent album, Nervous Racehorse, received glowing reviews from Louder Than War here.

I’m not sure how seriously you’re allowed to take Wonk Unit. At first glance they might be an elaborate joke band, part of the punk pathetique revival, but the truth is they’re a whole lot better than that label might suggest with a neat line in blue collar poetry that deserves credit for more than just being amusing.

They certainly can’t be accused of being dull. Their sound switches from full on punk in songs like Lewisham and the groin thrusting anthem to alcoholic moderation that is Go Easy, (surely this should be a part of the next Christmas driving public information campaign) to ska and rock steady and something suspiciously reminiscent of folk.

Front man Alex Brindle Johnson does not want to be a builder. Nobody does these days. They want to be the leaders of art rock bands or television pastry chefs with pencils behind their ears. This is what has brought the construction industry to it’s knees. That and the weather.

Johnson has an artlessly vulnerable demeanour that recalls working class heroes like George Formby and Norman Wisdom, and a vocal style that references Suggs and Terry Hall and in its punkier moments the great Charlie Harper. He has a neat line in poetry, more of which can be found be found on his blog Cement You Cunt and is also a sex advice guru.

This combination of styles allows him to work large quantities of innuendo into his lyrics and still seem like an innocent abroad as he sings them. The Trail is a good example, a story of urban bum following that could easily end up being a creepy anthem for perverts and stalkers the world over and instead is just rather sweet and funny.

Their set has a lot of good jokes but also some sharply observed material filled with emotional and situational references that will be a mystery to many of the current crop of posh posh boy singer songwriters and even when it’s at its most vulgar, treating us to the image of the singer’s Nan pissing with the door open, it’s still steers clear of being gross. It’s actually rather touching.

There is a lot of exuberant dancing and highlights of the set include Wood Pigeon, a hymn of yearning to the miracle of titties and Donkey Of The Damned, both the a capella and full orchestral versions.

When we leave the Matrix the brickwork of Wetherspoons next door is still vibrating gently from the efforts of No Contest and Meansteed and I can’t remember having enjoyed a gig so much in ages so when I pass a group of builders on the way home I give them an apple.

Wonk Unit have two websites – wonkunit.com and wonkunit.co.uk They are also on Facebook and BandCamp and tweet as @wonk_unit

Joe Coombs is on Facebook and BandCamp (he told me so) but be blowed if I can find him. That’s Grimsby for you. It’s like the Twilight Zone.