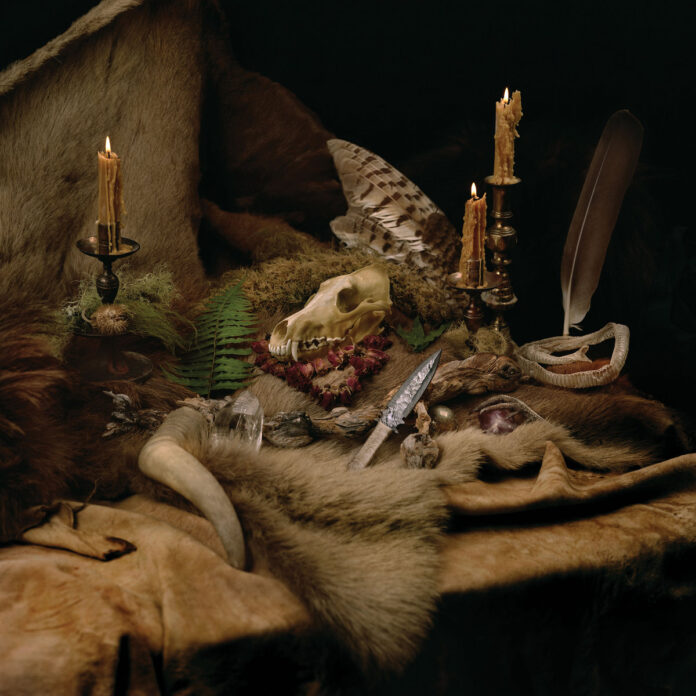 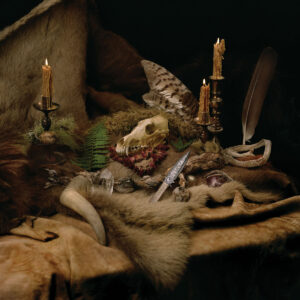 Wolves In The Throne Room return with an epic new album of atmospheric black metal. Andy Brown heads to the woods to immerse himself in some Primordial Arcana for Louder Than War.

Black metal, to put it mildly, is a genre that comes with a lot of baggage. Influential black metal act, Mayhem spawned the repulsive racist, arsonist and convicted murderer, Varg Vikernes while the scene is rife with fascist fetishists, Neo-Nazi nitwits and empty-headed edge-lords. It’s important to say from the very start that Olympia’s Wolves In The Throne Room aren’t like this at all. The band play black metal on their own terms and those terms don’t include repellent ideologies. Brothers Aaron and Nathan Weaver formed the band in 2003 to channel the power of nature and play some extremely loud, fierce and larger-than-life metal.

Primordial Arcana stands as the band’s seventh full-length studio album and is as epic and sonically uncompromising as we’ve come to expect. For the uninitiated, the band blend frantic black metal guitars, guttural vocals and blast beats with atmospheric soundscapes and symphonic sensibilities. Far from wallowing in pits of despair, Wolves In The Throne Room create widescreen, elemental epics. The video for album opener, Mountain Magick features guitarist Kody Keyworth playing a solo in front of a waterfall. If that doesn’t make you want to grow your hair, grab the nearest air guitar and pose triumphantly in your kitchen, then nothing will.

The band have always done things their own way, from their unique approach to the genre to releasing a full album of stunning, dark ambient soundscapes. Primordial Arcana is described as the band’s first fully “self-contained” album with the trio playing, recording, mixing and producing the entire LP at their own Owl Lodge Studios. It’s a decision that’s very clearly paid off, as the album sounds absolutely spectacular throughout. The aforementioned Mountain Magick starts with crackles and drones, before Aaron’s blast beats initiate the truly thunderous charge into oblivion. Throat-shredding, indecipherable growls surge from under the sonic bombardment, while unashamedly huge solos punctuate the relentless wall of doom-laden, black metal.

Going back to 2006 album, Diadem of 12 Stars and the following year’s classic, Two Hunters, it’s clear that the band have always known how to craft epic, star-gazing metal. While there’s nothing as lengthy as I Will Lay Down My Bones Among the Rocks and Roots on Primordial Arcana, it remains a genuinely epic and sprawling affair. Spirit Of Lightning blends clean, hypnotic plucked strings with animalistic growls and first-class shredding to great effect. The excellent production and atmospheric synths add so much more depth then you’d perhaps expect from a ‘black metal’ track. Through Eternal Fields starts with gloomy, monastic chants, before busting into the band’s epic and anguished sonic assault. It’s hair-raising stuff, people!

Primal Chasm (Gift Of Fire) starts with a brutal black-metal riff and burns with a fierce, symphonic and suitably primal energy. Close your eyes and you can almost see the band standing in a woodland clearing, screaming at the stars and playing until their fingers bleed. This has to be some of the most cathartic music you could play as a musician – a long sit down and a large cup of tea, no doubt, required after every performance. Underworld Aurora takes things to a whole new level, with waves of spine-tingling synths immersing you in a celestial prism of sound. Breathtaking beauty rubs shoulders with guttural vocals and sonic exorcism. Restrictive genre boundaries are well and truly stamped into the ground.

Masters Of Rain And Storm is the longest piece on the LP, clocking in at just over ten minutes. If you’ve got this far, then you’ve no doubt already surrendered to the band’s dark, ritualistic and monstrously heavy onslaught. In the centre of the storm, there’s a completely unexpected acoustic break, revealing a whole other side to the band’s oeuvre. When it does build up pace again, the galloping drums and frantic guitars feel even more heart-pounding and urgent than before. Along with the ghostly synth lines, it’s an otherworldly, dramatic and satisfyingly thrilling ride. Eostre brings us to the end of our journey with a stunning instrumental of celestial synths and heavenly tones.

The more I’ve listened to this album, the more engaged I’ve become and the more I’ve appreciated the complexity and power of what they’ve achieved here. Put some time aside and listen through a pair of headphones, and you’ll understand. Although ideally, you’d listen to the album in the woods on a bed of leaves, hands immersed in the earth. Make no mistake, Wolves In the Throne Room are an absolute force of nature: powerful, dark and triumphant. Primordial Arcana manages to be all these things at once.

You can buy the album digitally (and physically if you’re in the US) from Bandcamp HERE.