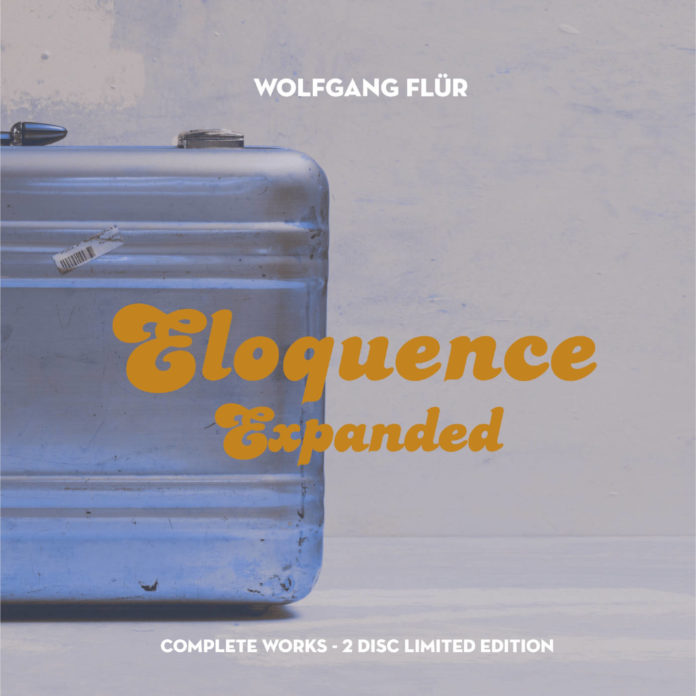 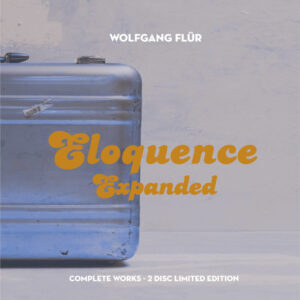 Reissue of ex-Kraftwerk man Flur’s 2015 solo album with an extra disc of remixes….Ian Canty ponders the lot of a former showroom dummy……

Wolfgang Flür is of course best known a member of Kraftwerk in their prime years, joining the band in 1973 and playing electronic drums on that year’s album Ralf Und Florian. Prior to that he was a drummer in 60s band The Spirits Of Sound, which included singer Wolfgang Riechmann and another future Kraftwerker in guitarist Michael Rother (also Neu! and Harmonia).

On joining up with Kraftwerk he went on to feature on every record of theirs up to and including The Man Machine. Whilst in theory remaining a band member until 1987, he did not play on either the Computer World or Electric Café albums, despite his image featuring on both records’ sleeves. After leaving the band and a long silence he returned with his new project Yamo in 1996, releasing the Time Pie album.

In 2000 he published his autobiography I Was A Robot (a song of the same title is the lead-off track of Eloquence), which drew legal action from Florian Schneider And Ralf Hütter for some of the “behind the scenes of Kraftwerk” content. Some years later and his first solo album arrived, Eloquence, which was originally released on Cherry Red in 2015. The first disc here replicates the album’s original issue.

To Wolfgang’s credit, he moved with the times on this LP and this is not just a simple Kraftwerk re-hash. The sound he portrays here moves away from the minimal electro of the ‘Werk and more towards what I believe youngsters used to call “bangin’ dance tunes”. On Eloquence he draws on a wide range of talent to achieve this aim, including Anni Hogan (Marc & The Mambas) and Bon Harris of Nitzer Ebb.

Eloquence is a very decent and enjoyable house/techno dance record, but unsurprisingly there are a few telling references to Flür’s glorious past, most directly on I Was A Robot (“Coming from the Autobahn, I was a radioactive man”) and Cover Girl, which is the logical follow up to The Model. The bubbling electro disco of the former is a highlight, while the latter is a luscious dancefloor stormer.

Away from these brushes with the familiar the more modern ethos emerges. A lot of the remainder fits snuggly alongside some of the St Etienne catalogue and Mouse On Mars’ too, but when featured, Wolfgang’s own sing-speak style gives the compositions just enough character of their own. Best Friend’s Birthday sounds like real psychedelic house music, with a huge pulsating beat and shrill jazz horns and Moda Mika has a little of Tour De France’s relentless motion thrown in for good measure.

Jack Daggers of Meat Beat Manifesto helps out on the lovely downbeat groove of Staying In The Shadow and Axis Of Envy has a unique chugging blues undertow, a rum mixture but a good one. Bon Harris Of Nitzer Ebb was involved with this effort and the enigmatic Lonely Girl provides some great vocals on both tracks.

Eloquence winds down nicely with some less hectic material, starting with the chill of the original version of Pleasure Lane. Silk Paper is built around a ringing electronic riff and Golden Light brings things to a nice relaxing close, Wolfgang’s hushed tones neatly combine with Anni Hogan’s smart vocals. To round off this disc we have the radio edit of I Was A Robot and different language takes on Cover Girl and On The Beam, my favourite of which is the Japanese version of the latter.

The bonus disc presented with this new reissue features many remixes of the two album tracks Beat Perfecto and Pleasure Land, but they are pretty inventive and don’t lead to things dragging too much. Beat Perfecto’s extra versions were apparently meant for their own separate issue at some point in time and the 10 mixes of Pleasure Land were the top picks from a competition run in the magazine Electronic Sound. If pinned down I would pick the My Cosmo version of Pleasure Lane and the Pocket Orchestra remix of Beat Perfecto as taking the source material in the neatest directions.

These cuts are used by Flür in the DJ set/live show that he still plays around the globe – he was meant to play last Saturday in Winchester, but as we all know that didn’t happen. Hopefully when things get back to normal he will be back, because there’s a lot of fun to be had on the evidence provided on Eloquence and its various remixes. The invention and craft here takes the Kraftwerk sound forward into the future in an admirable way. Wolfgang Flür moved centre stage with Eloquence and seemed totally at home occupying the limelight with his cast of impressively talented friends. Most importantly of all, these tunes would still get a dancehall party started. Eloquent noise indeed.