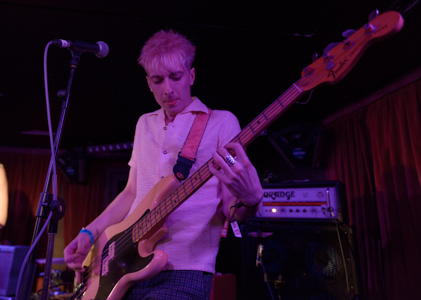 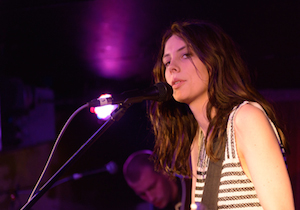 With immense power tempered only by beautiful vocals Wolf Alice are a supremely exciting prospect. Louder Than War’s Lee Hammond gets the opportunity to experience their exhilarating live set first hand.

We arrive with plenty of time this evening, in the hope of being dazzled by the much-hyped Superfood. Supposedly wholesome and filling, we were filled with hope only for it to be dashed upon our ears being assaulted by the aforementioned Superfood as we ascend the stairs.

Despite the hype Superfood left us with a particularly bland taste, their music generic and uninspiring. However, it seems to go down relatively well with the younger members of the crowd.  So by definition we should be feeling full and fulfilled from tonight’s support. Unfortunately we have a rather hefty appetite and Superfood didn’t touch the sides this evening. 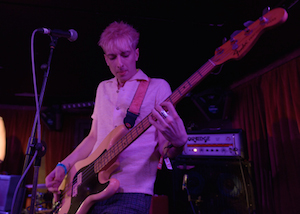 A short break gives us time for a breather between courses before the brilliant Wolf Alice take to the stage. The band comes out fighting, the audience cheer but the band cheer back before bursting into opener Moaning Lisa Smile. This acts as a call to arms with its insanely catchy chorus, allowing the crowd to scream it back at them.

Despite their youth these guys know how to rock out and the deep expansive vocals fill the venue. Blush is such a beautiful track with its ethereal vocals and it shows off the band’s more chilled out side, Blush sitting perfectly  alongside the more raucous songs in their set.

A brilliant cover of Chris Isaak’s Wicked Game caps things  off, a set that’s been perfectly balanced and which has made a huge impression on the crowd. Wolf Alice possess a beautiful combination of light and shade, tracks like Storms showcasing this in an awesome manner. In a heartbeat the band can switch from heavy guitars to fill the spaces with insanely beautiful vocals.

Wolf Alice are a distinctly difficult band to pin down, one moment assaulting our ears with wailing guitars, the next almost smothering us with gentle vocals. All in al, it’s a topsy turvy and beautiful experience for all involved. The starter wasn’t, perhaps, what we’d have liked it to be but the main course certainly made up for it in every way.

All words and photographs by Lee Hammond. Check out more work by Lee by visiting his Louder Than War author’s archive here.