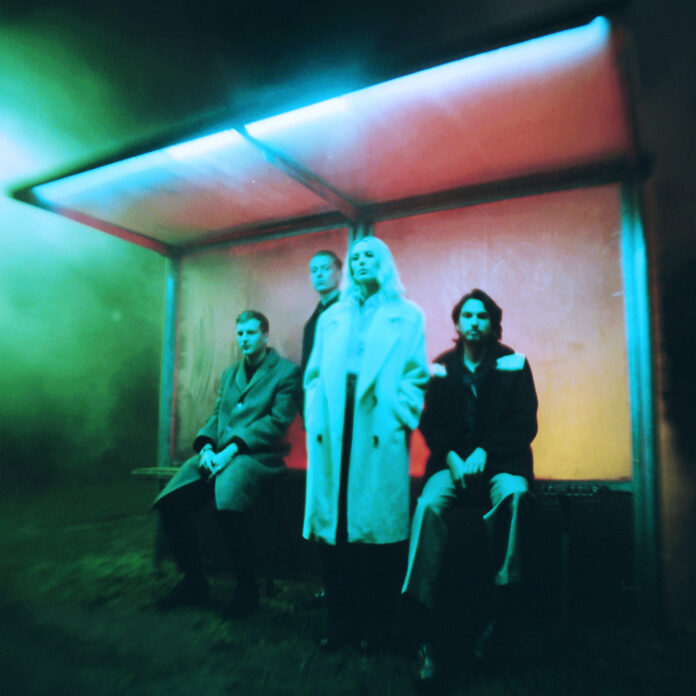 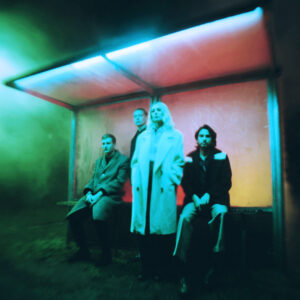 Wolf Alice have enjoyed howling success from a UK top-ten and Mercury Prize-nominated debut album, a Mercury Prize-winning second album and numerous festival headlining spots and sold-out tours. The London-based four-piece, emerge from lockdown with their third album, Blue Weekend, and Alice Monty could not be more excited to give it a listen.

Over the last decade, Wolf Alice have gained notoriety as one of those bands you just need to see live to experience the full plethora of delight they have on offer. Ellie Rowsell (vocals, guitar), Joff Oddie (guitar, vocals), Theo Ellis (bass), and Joel Amey (drums, vocals) are finally back with new material, four years after the release of their critically-acclaimed album, Visions Of A Life. To date, three new tracks with completely different, but equally exciting sounds have dropped from this year’s highly-anticipated Blue Weekend prior to its release.

The opening track, The Beach starts off small and soft, linking Shakespeare’s famous retort: “When will we three meet again, in thunder, lightning or rain?” to what appears to be a curious blend of both longing and distain for booze-fuelled nights out with people who are, or at least were, friends. Whether this is intended as a specific nod to the thralls of lockdown life or a reflection on a more general sense of growing up (or both) is up for interpretation. One thing for sure is that the song builds up lyrically and musically with the kind of intense layering that Wolf Alice fans will have been longing for.

We go from Shakespeare to biblical as Delicious Things re-imagines Los Angeles as a contemporary garden of Eden, full of wonder and temptation. The birthplace of Wolf Alice’s Mercury prize winning album, Visions of a Life, it is unsurprising that the band have a lot to say about their experiences in LA. For me, this track plays out as a delightful and somewhat dizzying account of the highs and lows of life far from the comforts of home.

Lipstick On The Glass showcases some seriously impressive vocal range. I get chills as I imagine this one making its live debut – Ellie’s voice piercing through darkness against the backdrop of a easy-going guitar progression during the versus, which soon spills out into a triumphant, intricately layered chorus.

We blast off into song number four, Smile, with a satisfyingly weighty guitar riff infused with the zest of space-age synth. This song was the second single to be released from the album back in April . Smile oozes self-confidence as a tenacious Ellie unapologetically fires-off lines such as “I am what I am and I am good at it. And if you don’t like me that ain’t f**king relevant.” I can’t help but bop my head like an angsty pigeon as I embrace the infectious ‘don’t underestimate me’ vibes.

The opening notes of Safe From Heartbreak (If You Never Fall In Love) angelically chime in, setting a much softer acoustic scene, and so we are reminded of Wolf Alice’s impressive musical versatility. If you listen carefully, there are some pretty angsty lyrics swathed in the otherwise soothing musical sweetness. Quite the opposite of the lovey-dovey tune you might anticipate from the instrumentals, lyrically this song makes for a relatable post-break-up anthem, with the glorious arrangement of harmonies evoking imagery of a celestial chorus packed full of scorned lovers advocating for life as a singleton henceforth.

I can’t help but think of Wolf Alice’s long-time buddies and touring partners, The 1975, as float into the sixth track, How Can I Make It OK. Although again, quite a different sound to the song that preceded and almost double its length, it genuinely feels like the logical next step to the lyrical voyage we have embarked upon with this album, as the heartbroken anguish fades into something a little more compassionate and matured. Wolf Alice are masters of instrumental and vocal build-up and layering and this song exemplifies their conscientious craftmanship.

Play The Greatest Hits offers a complete change of tempo and mood. This snappy punk number does seem a little out of place on this album, both thematically and musically, but I’m glad it is there, if only to switch things up and remind us that there’s more to life than romantic endeavours. I also think it would make for a little cracker of a live performance.

The punk party is well and truly over as Feeling Myself conjures a lot of emotion in the 4:48 minute segment. This is clearly a very personal tune, and it feels like Ellie is really opening up and giving it her all – and then some. In addition to the impressive vocal work, great care and refinement has also gone into the production of this song, with a musical score that adds further weight to the power of its lyrics.

Wolf Alice released the next track, The Last Man On Earth in February this year. The lyrics play out like an emotional interrogation of a narcissist and Ellie’s delivery has you hanging on every single word. It is beautifully written, starting off delicate and ascending into pure power. We are even treated to a wicked guitar solo that thrusts the song even further up, up and away, and frankly would not sound out of place as a feature on Sgt Pepper’s Lonely Hearts Club Band.

There is a feeling of the kind of closure that arises from conquering heartbreak from this point onwards. No Hard Feelings, the penultimate track and third single to be released, feels like we are now looking in the rear view mirror at the emotional thunderstorm, with clear skies and hope in plain sight up ahead. The simple but charmingly poetic lyrics of this song exude maturity and clarity of mind, and it genuinely feels as though this album has reached its satisfying conclusion.

With that said, The Beach II, the final track is arguably my favourite song on the album. It feels like a delicious extra treat that I was not expecting as for 3:40 minutes we are taken far away from the gloom and doom of our restricted-existence and slow-burner summer into a dreamy vision of lazy, fun times some place sandy and warm. This little nugget of nostalgia will be on my summer playlist for years to come.

All in all, I can confirm that I have not had a blue weekend listening to Blue Weekend. Having enjoyed the feeling of getting to know the band at surface-level from listening to their previous albums, I feel Blue Weekend delves much deeper than ever before. Wolf Alice have invested so much more of themselves into this album and it shows. Every song feels carefully crafted, with a vast amount of musical layering and texture. The subject matter is personal, yet very relatable. Even songs that seem more simplistic, have hidden depth and their deliberate placement on the track listing is intrinsic to building the narrative around growth and self-reflection. I look forward to experiencing Wolf Alice captivate crowds once again, weaving in as many tracks as possible from this excellent new album, as they look forward to a UK tour in early 2022 and an exciting warm-up this summer, as they take on headlining slots at both Latitude and Reading & Leeds Festivals.

You can Pre-Order the album here