Wolf Alice exploded into Manchester on Friday night – David Gleave (photos) and Nigel Carr (words) were there to capture the event for Louder Than War.

Harley Cassidy a wrote a great review of the Wolf Alice gig at the The Institute, Birmingham here so I am not going to give the usual blow by blow account – more a few words to go with Dave’s photo gallery below.

We turned up at an absolutely packed Albert Hall taking a seat in the balcony on the left. The band looked so cool, the skinniest of jeans, desert boots, Docs and ripped tights with glitter faced cheeks reflected back from the many teenage faces in the crowd. 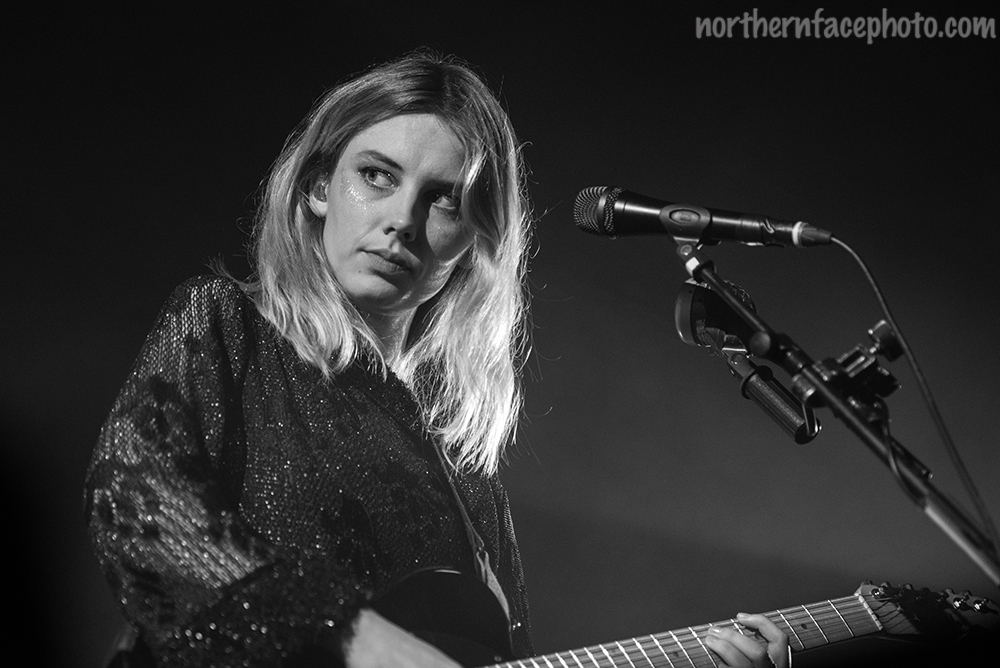 There was a group of three young girls standing next to me who danced furiously, hugging each other while singing along to every word from Ellie and Joel. The band put on an amazing performance, jumping around and whipping the crowd into a frenzy from the high stage.

Ellie’s folk-tinged voice sounded so sweet over Joff Oddie’s tight, Placebo-style riffs with exploding, freak-out choruses which reminded me of the Smashing Pumpkins at their peak.

It was hot, sweaty and loud with crowd surfers and the tightest of mosh pits moving as one – just the way it should be!

Wolf Alice finished the UK leg of their UK tour at London’s Brixton Academy on Saturday and have now headed off to the U.S for a string of dates, briefly popping back to Manchester’s Victoria Warehouse for a Halloween gig on 31st October. They then continue their world tour in Lille, France on November 12th.