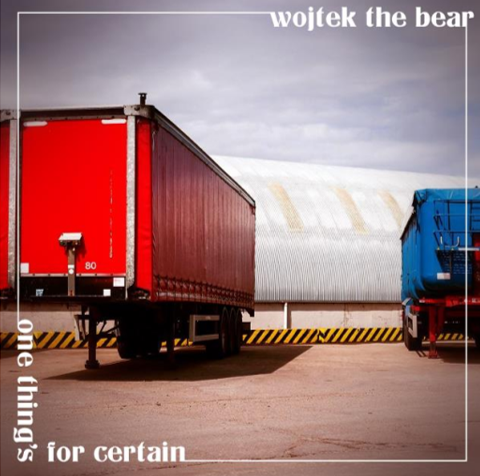 wojtek the bear: one thing’s for certain

one thing’s for certain is “the second single to spring from the new album “heaven by the back door”.” The band describe the song as “a melancholic study in regret, situated in the melodic middle ground where Spanish Harlem meets Clydeside.”

The song may have a contemplative, pensive nature to the lyrics as described by the band, however, there is something joyous and uplifting both in the sweeping strings and glorious singing guitar parts. And with the sun breaking through the clouds in the video, there is almost a sense of relief and a feeling that things will turn out fine if we can just take a break from the pressures of life. I almost want to lie down in the street and watch the world go by.

Also, as a resident of Glasgow’s Southside, I enjoyed spotting local sites in the likes of Queens Park and Victoria Road…

In the past the band “have featured at numerous festivals across the UK and Europe and
appeared at Belle & Sebastian’s Boaty Weekender festival in Barcelona in 2019
alongside the likes of Teenage Fanclub, Mogwai, Yo La Tengo & Camera Obscura.”

When it is safe to venture back to live gigs, the band have a Glasgow date on the 17th of July in the Centre for Contemporary Arts alongside labelmates Hadda Be and The Muldoons. A “must go” date for your diaries.

“The single is released digitally on 14th May with their second album, “heaven by the
back door” released on transparent orange vinyl on 16th July.“