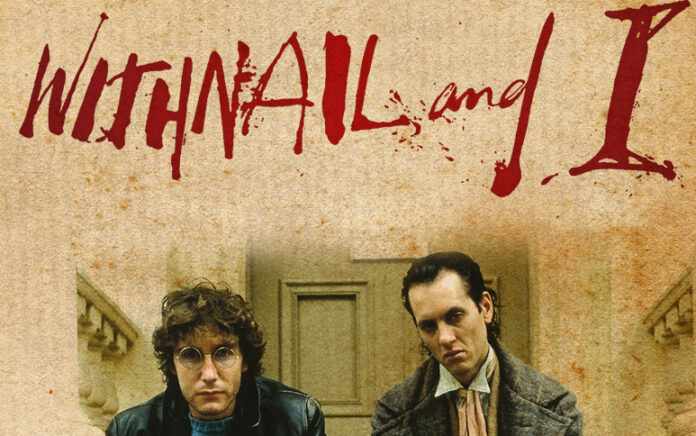 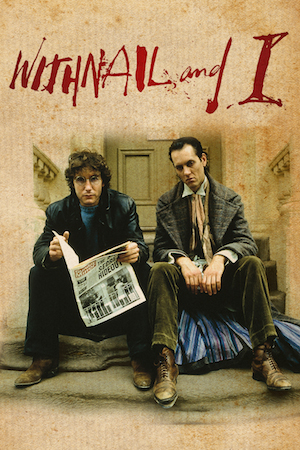 Withnail and I is the “greatest British film of all time” proclaimed compère Phill Jupitus. He isn’t the only one to think so. Louder than War’s Nyika Suttie went to a very special screening as part of the Bristol Slapstick Festival.

I love Withnail and I. With its excellent one liners (“we’ve come on holiday by mistake!”) iconic soundtrack and outstanding actors I personally think it’s one of the best films ever made. So when I discovered Bristol Slapstick Festival was showing the film on a big screen and had invited Paul McGann and Ralph Brown along afterwards I just had to go. I was not disappointed.

The evening began with Phill Jupitus, resplendent in tartan and looking not unlike Uncle Monty giving a brief introduction to the film. “I’m Phill Jupitus, you might know me from every fucking programme on Dave” he began, before joking about the question and answer session afterwards: “They’re only answering questions about their recent projects you know, absolutely no questions about Withnail and I.” In all it was, actually, rather funny, and once he’d left we were indeed treated to the “best British film of all time”.

I won’t review the film, as I suspect most people have seen it before, but to see it on a big screen was a real treat. Really it was never made for the small screen, and yet due to the cult appeal of Withnail and I, this is the way that most people have seen it. With its low lighting and low-fi sound it was thrilling to see the film cinematically, and it added far more to the experience than I imagined. More than I suppose the drinking game would anyway…

The audience sat in an almost stunned silence as the film finished, catapulted from the dying embers of the 1960s into the present day. In the meantime chairs were placed on the stage ready for the stars themselves. To great applause came Paul McGann, the eponymous “I” from the film, and Ralph Brown, who played the instantly memorable Danny (Camberwell carrot anyone?) What followed was a highly interesting and informative question and answer session, compered excellently and usually hilariously by Jupitus. The hardly-aged McGann discussed working with Bruce Robinson and rehearsing the film beforehand, whilst Brown talked frankly about his role in the film and how it thrust him into common recognition. The tales that came from the making of the film were truly fascinating, for example the film was nearly shut down three days in as it was “too dark and not funny enough!” Robinson, who based the film on his life as a drama student at the end of the 60s, had to sacrifice some of his salary for the motorway scenes and even had to drive the car in places as McGann had only just passed his driving test.

Richard E. Grant was fondly discussed, but the biggest applause of the night was for the late, great Richard Griffiths, who died last year. Questions from the audience raised interesting points (apart from the posh boy who decided to recount a tale of reciting the film at a festival), but it was a question from Ralph Brown that was most intriguing. Asking any gay members of the audience whether they thought the film to be homophobic, it was pointed out that a theme of the film really is how close two people can be before they cross the boundary into a relationship. Alongside the metaphors for the ending of the sixties, these discussions opened up facets of the film I’d never really thought about before, and shed a whole new light on the film.

Jupitus at the start remarked that it was fitting that a film about acting was to be shown in a theatre, and Bristol Old Vic proved a lovely venue, unusually laid out with a small pit, stage level dress circle and three balconies of seats above. There was a small seating mix up when we first arrived and our new seats weren’t quite as good, but as the tickets were complimentary I really can’t complain. Drink prices seemed to be average for a theatre and sound was great wherever you were sat.

Bristol Slapstick Festival offered some amazing events, from Harry Hill to Charlie Chaplin to Wallace and Gromit, and it felt like all aspects of slapstick comedy and silent films were covered. The festival helps to bring the genre back to the forefront and displays just how brilliant it can be, it’s a real celebration. If you’re local to Bristol it’s well worth checking out next January.