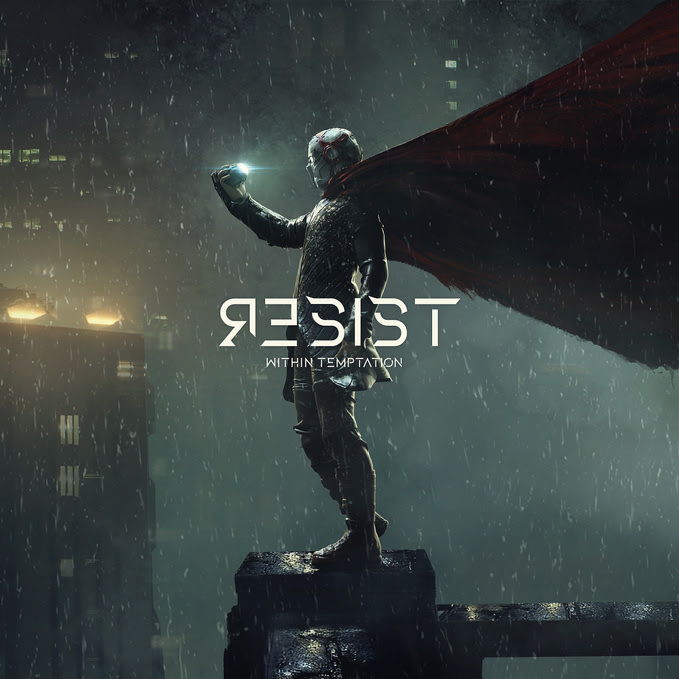 One that passed under the radar a little with the accompanying album tour already well under way  (we were there to witness an impressively epic show in Manchester – review here). We get back on track with Within Temptation’s seventh album. One they’ve called “a true milestone”…

…whilst taking care not to misspell or misread ‘milestone’ as ‘millstone’, perhaps the need to do something beyond the expected has led Within Temptation to return after four years with something (hopefully) that  makes the wait worthwhile and doesn’t follow the tried and trusted symphonic rock/metal route.

Four years on from Hyrda and with Sharon del Adel’s own My Indigo album (a low key and reflective diversion into a field where Within Temptation rarely venture) ticked off, time has come to return to the great bombast of the vast sound made by the  Dutch symphonic metal masters.  It finds them  clearly (a) comfortable and in control of their own destiny, one that may have looked rather shaky in the gap since Hydra and (b) confident that Resist is a set of songs set to restore them to the public consciousness in style having taken the bold step of touring ahead of the album release.

Promising “a departure from the past,” and “a futuristic take on metal,” the album art and graphics hint at something that may deviate from the norm, yet as they say, plus ca change…; to fans there’s no doubt that Resist is still instantly recognisable WT. The briefly cinematic  Morricone opening  to The Reckoning gives way to a typically grand Within Temptation signature and along with Papa Roach’s Jacoby Shaddix as the first of several guest vocalists, sees the band treading pretty familiar ground.  Add to that the vast orchestral and operatic inflection on Endless  War where Sharon proves she’s back and  in great voice, packed with emotion as she finds herself “fighting an endless war,” before  suddenly a hint of hip hop beats suggest this anticipated indication of their promise that there are going to be hints of a different direction.

Tour opener, Raise Your Banner leads with a searing guitar and proves typically anthemic  – a perfect flag waving show opener that continues to reinforce the fact that despite the claims, at the epicentre of Resist runs a grand, Gothic, epic (roll out the thesaurus) core. There are moments when the tables aren’t quite overthrown as they were in the temple but more shifted around and rearranged a little. However, those feel like fragments  when Resist sees a band who are “heavier, dirtier and more futuristic than we’ve ever created before” but still not a million light years from home.