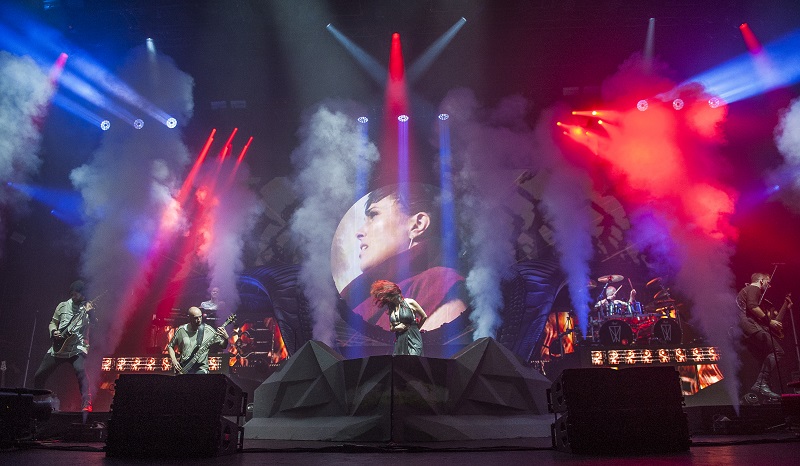 A sold out crowd in Manchester greeted Holland’s masters of symphonic heavy metal.

It’s not that often that you have a band on tour before their latest release is out. Within Temptation release their 7th LP, Resist, on 14 December 2018. A sold out show before the album is released, Manchester Apollo shows the clout that Within Temptation have. 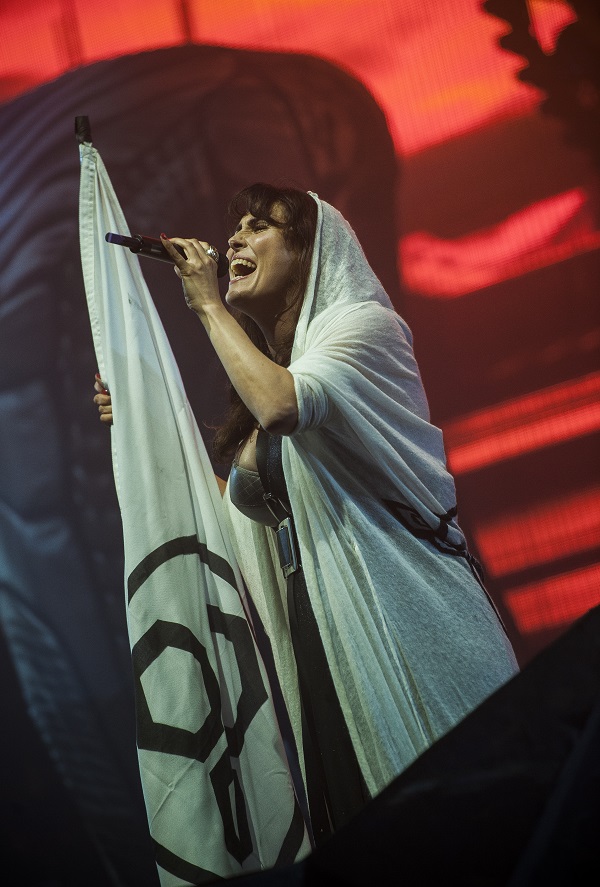 Arriving a few moments later than their advertised time, Within Temptation, led staunchly by the formidable Sharon den Adel, entered the stage in typically emphatic fashion with an incredibly stunning stage setup resembling the inside of an extra-terrestrial vessel. The band were decked out in futuristic, apocalyptic uniforms as Adel looked majestic in a futuristic long black dress and white cloak for the opener, Raise Your Banner, taken from Resist. Each new cut from Resist was backed by a science fiction aesthetic.

The twin guitar work on Raise Your Banner was reminiscent of the finest in NWOBHM, whereas lead single, the Jacoby Shaddix featuring Reckoning, had licks of the squelchy bass syncopation of dubstep. It’s this kind of deviation from the formula that makes Within Temptation interesting listening; showing the continual striving for change in the camp whilst not compromising their usual stylings. Mercy Mirror felt the most anthemic of the new songs aired, and it also featured some superbly tripped out visuals.

Whilst the new material was lapped up by the crowd, it was the delving into of older material that brought about the biggest reaction. Plenty of billowing dried ice and an apoplectic lighting display greeted The Middle Of The Night as Adel claimed that she’d ‘test the Apollo’s vocal chords.’ The crowd passed the test as the faster paced number saw the band loosening up and moving around the stage more freely.  The gradual trip back through the catalogue continued with Stand My Ground. Lifetime followers of Within Temptation raised their horns along with the band. The video walls showed a more urban backdrop rather than the previous sci-fi themed ones.

Tracks from The Unforgiving were huge and felt more stripped back (Faster and Shot In The Dark), however it was the material from The Heart of Everything that perhaps shone brightest. The emotive and evocative All I Need was an early highlight and a late set trio of the title track, What Have You Done? and the sumptuous piano led Forgiven showed the quality of this particular album. The almost reverent hush in the crowd during the latter showed the esteem with which the band is held by its audience.

With Adel continually showing gratitude to the crowd by blowing kisses and raising horns, she went on to commend the Manchester crowd; “We’ve been here a lot of times – Manchester always has a lot of passion.” She wasn’t wrong. 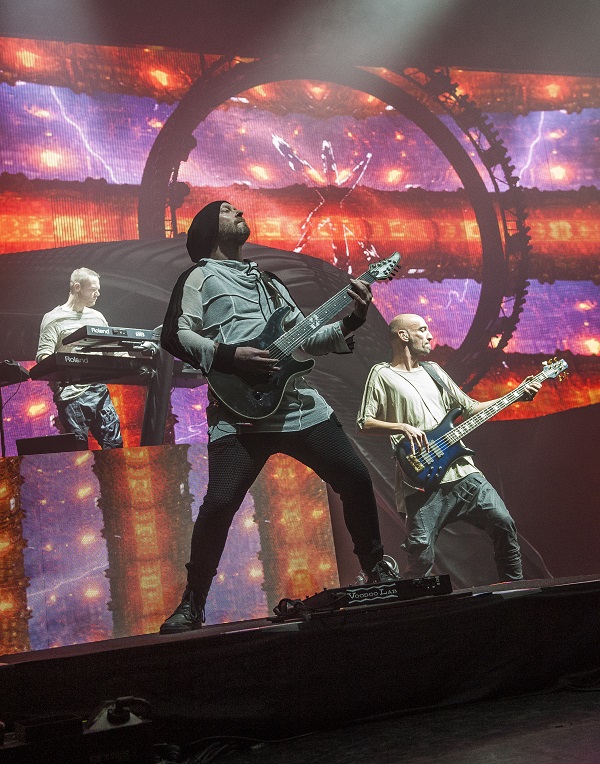 To close out the main set, the band revisited Mother Earth. The Celtic tones of the song in the introduction giving way to magnificently heavy guitars and Adel’s soaring operatic tones making for one of the more crushing songs in the band’s arsenal. Adel conducted the crowd as they responded willingly and the guitarists bated the front rows with mouthed words and the obligatory guitar shapes.

A huge noise engulfed the Apollo as the crowd willed the band back for an encore. They duly obliged. Changing to a sparkly sky blue dress, Adel and her comrades returned for a single song encore of Stairway to the Skies with saw Adel rising like a gothic angel over the stage on a harness. This angelic symbolism was the perfect allegory for her stunning voice which is so vast in range and so effortless in delivery. It really is a privilege to hear her and her band deliver these songs live.

The slick and well-choreographed show, along with the stunning visual and light display made for an excellent piece of rock theatre. Whilst there is plenty of variation in Within Temptation’s back catalogue in terms of styles; ultimately, the soaring guitars, swirling choral choirs and Adel’s inimitable style pulse through the veins of every composition. The formula works: the older material sounded brilliant, and the new material sounded like the band is still pushing their creative boundaries.

Live photography by Mike Ainscoe. You can find more of Mike’s writing on Louder Than War at his author’s archive. He can be found on Facebook and is currently revamping his website…