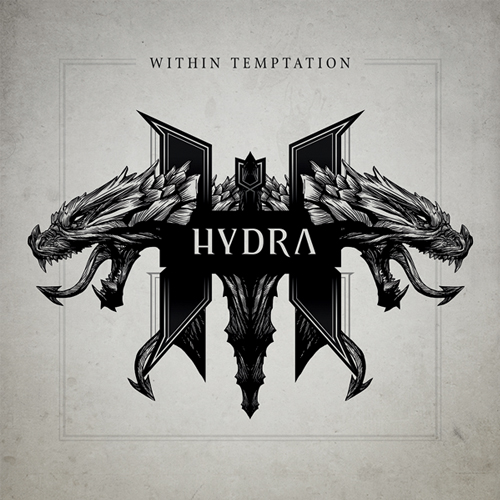 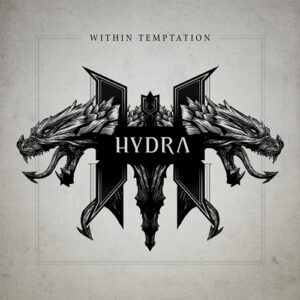 Hydra is the sixth album from Dutch Symophonic Rock act Within Temptation. Over the course of their 18 year career, they have established themselves as one of the premier symphonic rock acts. Louder Than War’s Dom Walsh reviews.

Hydra is the sixth album from Dutch Symophonic Rock act Within Temptation. Over the course of their 18 year career, they have established themselves as one of the premier symphonic rock acts.

Sharon den Adel’s vocals are unmistakeable throughout Hydra. She has a fantastic tone in her voice that can show warmth and sound chilling in equal measure at the same time. Her vocal for opener, Let Us Burn, is a prime example of this. The whole track is what you would expect from Within Temptation. Lavishly produced music, with crystal clear solos and soaring vocals are all on show here. Second track, Dangerous, has a harder edge in the drumming style and the guitar work. There is also a guest appearance from former Killswitch Engage singer, Howard Jones.

Another guest appearance follows on And We Run. Surprisingly, it is not from anyone associated with the metal world, but from Detroit rapper, Xzibit. The strings on And We Run show themselves more prominently before Xzibit appears in the mid section of the track. The pulsing guitars and drums are the perfect foil for Xzibit’s gravelly tones. On paper, this kind of collaboration should not work but And We Run is a success.  A triad of collaborations in a row is polished off by ex-Nightwish singer Tarja Turunen helping out with vocal duties. Adel and Turnen are a perfect match, and Paradise (see below) is another resounding triumph.

Edge of the World has a slower, more haunting tempo with the deep tones of the drums leading the track. A dense guitar sound shrouds the song with dark string melodies leading to a heavy ending. Again, the vocals sound superb. Silver Moonlight opens with a piano melody before an exploding riff that bursts into life. Adel’s vocals are punctuated in the middle sections by a guttural growl from guitarist Robert Westerholt. Westerholt makes another vocal appearance on Tell Me Why. As well as the darker vocals, the guitar work on Tell Me Why is particularly good. The solo that leads to the end of the track is excellent. A final collaboration is offered up by Dave Pirner on the more tender sounding closer, Whole World Is Watching.

Hydra will perhaps not convert many to become followers of Within Tempation, however to their loyal following, Hydra ticks all the boxes whilst adding a few to the list. Xzibit’s appearance is excellent and the whole album feels heavier than many of its predecessors. If you want a first foray into Symphonic Metal, Hydra is a decent enough starting point.

All words by Dom Walsh. You can read more from Dom at his author’s archive.