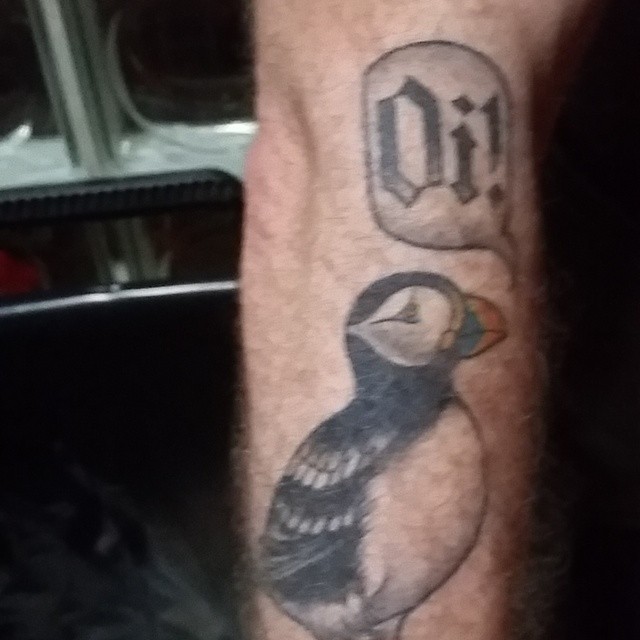 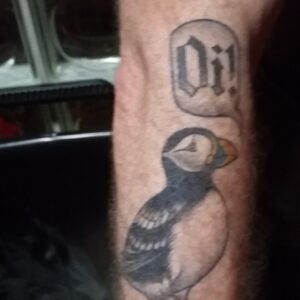 Late period Black Flag was treated with a touch of disdain at the time but has been reassessed over the years. Whilst the audience was then waiting for fast and dirty punk rock mutating into hardcore the band slowed down and kinda invented a whole load of new possibilities for rock music- from stoner rock to the stultifying brilliant slowed down Swans and beyond.

Witch have obviously been wallowing in the fab Black Flag mire of La Brea tar pit sludge- they even use  a plexiglass guitar like the one favoured by Flag guitar hero Greg Ginn at the time and drummer J. Mascis, taking time out from Dinosaur Jnr, even plays a plexiglass kit.

Mascis holds down the relentless beat despite having to admit before the show that he has to rehearse the drums in a way that he never does with guitar. This is despite drums being his first instrument from back in the days when he formed his early band, the Oi infused Deep Wound. It’s a curious site to see his familiar face peering behind the drum kit as he is immersed in deep concentration.

Witch deliver a power tool set that is kinda like Black Flag crossed with the hard rock and twin guitar assault of Thin Lizzy and the Black Sabbath doom sludge thing as their template and somehow created their own war from it.

This is a deceptively simple and brilliantly powerful music from a band who play occasionally and release even less. Formed in 2005 by J. Mascis and long time buddy and band bassist, Dave Sweetapple, along with guitarist and vocalist, Kyle Thomas from King Tuff and post folk group Feather, they are a four piece who understand the deadeningly powerful effect of hammering down the riff and celebrate the dark uberlord vibe of early Sabbath- that late sixties relentless grinding of the Birmingham band who reacted to psychedelia by going for the power of the monochrome and inventing a whole genre of music.

The sludgy power oozes from the stage and even if Sweetapple has got a broken wrist he somehow conjures up the repetitive power of the bass as the band build the power to their thundering climax- it’s dense but not without tunes and despite some fairly mental stage diving where one Hawaiian suited loon manages to land on his head on the beer stained floor the atmosphere is pretty ecstatic for the rare show by the band .