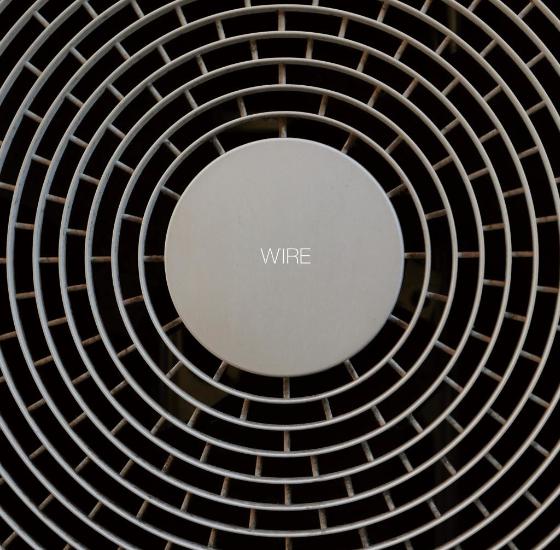 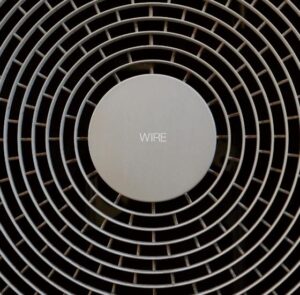 Regular as clockwork these days and tighter than their fantastically metronomic drums, Wire have released a new album in 2015 that somehow mirrors these claustrophobic, fermenting, political and dangerous times with the paranoia and twitching anxiety of all their best work allied to brisk and inventive songs.

Somehow they have turned this fracturing new world into a dark and perfect pop music full of slithering melodies that pull the listener into their ordered and very English world.

Wire is a great work for this band that operates in the shadows and with its intellectual capabilities perfectly understands how to operate in the digital fan led times that provides space for these sonic adventures.

There are some bands that seem to have been part of your life forever. Unflinching, unblinking they remain out there on their own, somehow part of the past and yet part of the future. For something that was meant to be a flash in the pan punk and post punk was a golden period for the idiosyncratic bands who remain part of the aural furniture. The Fall, Wire, The Pop Group and their ilk – these were unrelated bands who could not be corralled into a scene and who somehow worked within their own template that never gets stale. Somehow Wire change very little but always sound fresh and somehow make albums that you always felt that quiver of excitement when you enter this latest instalment for the first time.

The past few years have seen a bit of a renaissance for Wire. They always got great press but they have become a weird sort of national treasure with each new album somehow honing down closer to the prefect Wire sound. Each missive sounding more linear and more perfect as a result. They are like musical Dorian Greys – the older the band gets, the fresher their music sounds – now making the perfect warped pop music that in a parallel universe would own the top ten.

I’m old enough to remember their debut Pink Flag album coming out. Me and my brother played it to death. We were in love with these obtuse, short, sharp songs that sounded so grey and so perfectly monotone that you could not tell if they were music or not. The almost robotic vocalist, the hypnotic, monochromatic drums invoked a dark landscape that was perfect for the times and they felt like the most definitive punk band of them all – a handle which of course they denied but in our version of punk they fitted. They had that brutality and that concrete sound about them and there was evidence of some sort of bondage gear on the back cover which made them look hopelessly hip to us young oiks in Blackpool. They also were misfits and artful and awkward.

We didn’t know it they were cool or not, we just loved them as much as everyone else who had no interest in them. It didn’t make us feel hip or clever just a bit confused that we had stumbled on this band that, initially were outside the loop and didn’t even get into the charts. Even their album cover was perfect – a rudimentary flag on an empty landscape – it looked like the band sounded.

We still kept up the love when they swerved into their next phase of Syd Barrett psychedelic with added new guitar pedals and keyboards and the perfect pop warp of I am The Fly and Outdoor Miner. Two songs that should have been massive hits but maybe the band themselves were just not pop looking enough to sell their own masterpieces.

This was a new trip. They were always psychedelic – but in their own decade- the whimsy and paisley of the innocent of the sixties was long gone- this was a black and white new world and created a new kind of trip – a trip the band are still on. They didn’t play the game. They didn’t look like pop stars. They had an awkwardness that was even more loveable.

In the mid eighties they still had their moments and hung in there all awkward as they toyed around with the post new romantic, longer hair, brave new world of pop. Like most of their generation they were trying to find a role in the new pop world. Dropping the graininess and the obtuseness for a more polished approach they had some great moments before fizzling out into a million other projects. When they re-emerged out of the blue they were doing what any smart older band does and seeking the essence of what made them great in the first place. They dug out old demos for one album, or combined the atmosphere of those perfectly early records with a fierce forward thinking for another and it never sounded dated or tired or lazy. It sounded Wire.

On Wire they continue in this vein but with a bigger, more polished sound that creates a real sense of space to their throbbing, hypnotic songs that rely on repetition and rhythm and make it sound so right. They even nod at the modern world that they so perfectly and implicitly understand on the opening song, Blogging, a song of digital communication. It’s that perfect oblique observation of the surrounding madness of life that Wire have perfected from their first recordings. The almost list like songs that’ would detail the tidal wave of surrounding madness with that same ageless detached voice of wisdom that we so loved when we were teenagers.

Wire always have great opening tracks on their albums that set the scene and Blogging continues this.

Without making big noise about it Wire are the best chroniclers of the modern world’s slide towards something pretty ugly. It’s a shame that their perfect pop is not perfect enough for the mainstream that unfortunately likes it music shallow and screechy – a dose of Wire would be good for everyone’s soul.

The next track, Shifting is that shimmering pop that the band are so brilliant at. A shapeshifting piece of deceptively simple music that is decorated by a hypnotic guitar arpeggio and an obtuse love song whilst Burning Bridges has the world weary documentation of a band looking at the world through a knowing gaze but is tinged with a romantic, poetic vision. The song has a beautiful vocal that drips a psychedelic treacle like Saint Syd had returned from his death exile and managed to get back into the studio with his mind intact. The next song hows up the most questions – In Manchester is a great exercise in pop mystique and of course gets the interest level up when you are a native of the big city. Could it be a tribute to the city of post punk and a million other musics? or would that be too obvious for Wire as your ears strain for lyrical details in the song that drips single potential with its killer chorus. In Manchester oddly does sound like a homage to New Order and even the Smiths but it’s very much on Wire’s terms. ‘High’ is even more pure pop- without losing any of their glowering dynamics Wire have made the most pop album of their career and it sounds so effortless. Sleep Walking switches the mood- even its length is a very un-Wire seven minute and a half minutes and the heavy percussion driven song twitches with a tension and anxiety in a peep into the claustrophobic politics of the selfish modern UK and is a perfect soundtrack to the current election campaign with its clipped menace and sense of uncertainty.

After that intense piece Joust and Jostle is like machine gun indie with one of those genius chord changes that Wire love, whilst Swallow oozes in on a symphony of backwards guitars before clipping in with one of those heartbeat chugging guitars that the band have always made one of their trademark tension and releases that is so Wire. Holding back and not giving you exactly what you want, finding the Wire groove when THEY are ready- that’s Wire. Afterall this is the band who replaced their drummer with a drum machine – leaving the fantastically named Robert Gotobed to his beef farm before he returned years later with the same clipped and careful groove.

Split Your Ends is almost like Blondie new wave pop and Octopus sounds like a peak into a seething Roxy of early 1977 as the band subverted punk rock with their own short, sharp shocks of stripped down, angular, pop noise.

The album ends with 8 minutes of Harpooned- another one of those slower, glowing, heavy pieces like Reuters on their debut with added glowering drones. Wire are oozing the darkness like rolling clouds and drawing in the noise – they do this kinda stuff so well, tumbling around the layers of guitar noise that Colin Newman so expertly creates with his guitars- thankfully he never fell out of love with the possibilities of what the guitar could do, what textures and noises he could create in his songs for bassist Graham Lewis’s lyrics. The guitars sound brutal but pull you into their studied whirlpool of sound.

Wire in 2015 should not sound this good.

Surely they should have run out of ideas by now but somehow they manage to work the Wire sound to perfection and even surprise themselves with the myriad of nuances they find hidden in there.

This album could be one of their best works and sounds as close to pop music as pop music should sound in these times if it was awake to its own times and still in love with the pure melody.