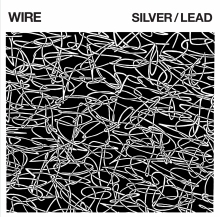 One of the weird things about post punk or whatever name you want to stick onto the wonk calendar end of punk rock, is that the music never seems to date. Eternally mined for inspiration by generations of musicians it remains thrillingly current. This spirit is perfectly embodied in Wire – the greatest pop band to never actually be pop – whose catalogue remains eternally undiminished over the decades and whose first three albums are endlessly fascinating explorations of a very English guitar twist that ran parallel with punk without ever joining in.

Their debut Pink Flag album was a stunning stripped down exercise in bleak aesthetic with those distinctive concrete guitars and shard shards of songs that made it one of the great albums of that dense period. It felt like punk rock but also sounded like the future. Since then the band have been pulling this great trick off again and again. Their follow up albums to Pink Flag, like 154, were a modern psychedelia – stripping away all the nostalgia but still sounding beyond – it’s something they do to this day which brings us to Silver/Lead – yet another album release – their fifteenth – and another in the almost annual series of releases that have marked the work ethic of the restless band who have been moving quickly since their reformation.

Stripped of artifice and nostalgia the album ostensibly sounds like Wire – the thick guitars, the twisted treated wages of sound, those perfect English vocals from Colin Newman singing Graham Lewis’s obtuse poetic lyrical snapshots, those metronomic heartbeat drums, those perfect melodies, those tuneful bass lines and yet it feels different. Wire have this ability to tweak the chassis and make it feel brand new and its a glorious trick.

The way they always feel urgent is part of their creative energy and it also means they can carry now writing perfect pop songs like Short Elevated Period and make them sound effortless. Perhaps one of the best pop songs to be released this year, Short Elevated Period is and excise in tension and release – the endless verse builds and builds before they finally give you the perfect anthemic chorus with its nagging hookline that sits in your head for hours, a perfect pop song that will never bother the top ten, how Wire is that!

The album is full of these kind of moments, shimmering creative brilliance and innovation. Wire make the complex look simple, they make the obtuse into pop culture, they freeze frame guitars into perfection, they can rid the white swan riff avatar of Bolan boogie like on  ‘Diamonds in Cups’ – a gentle song built around the Trex riff that peels off into a glorious chorus – its utterly blissful listening to music like this.

There is no way that a band can still sound so urgent and creative this far down the line but Wire just get on with it, releasing brilliant albums just below the radar, honing their craft, restlessly creative and thrillingly bored easily. Silver/Lead is the best yet on this endless road – an album so full of ideas and moods and pop art genius that you can lose yourself in it for days.