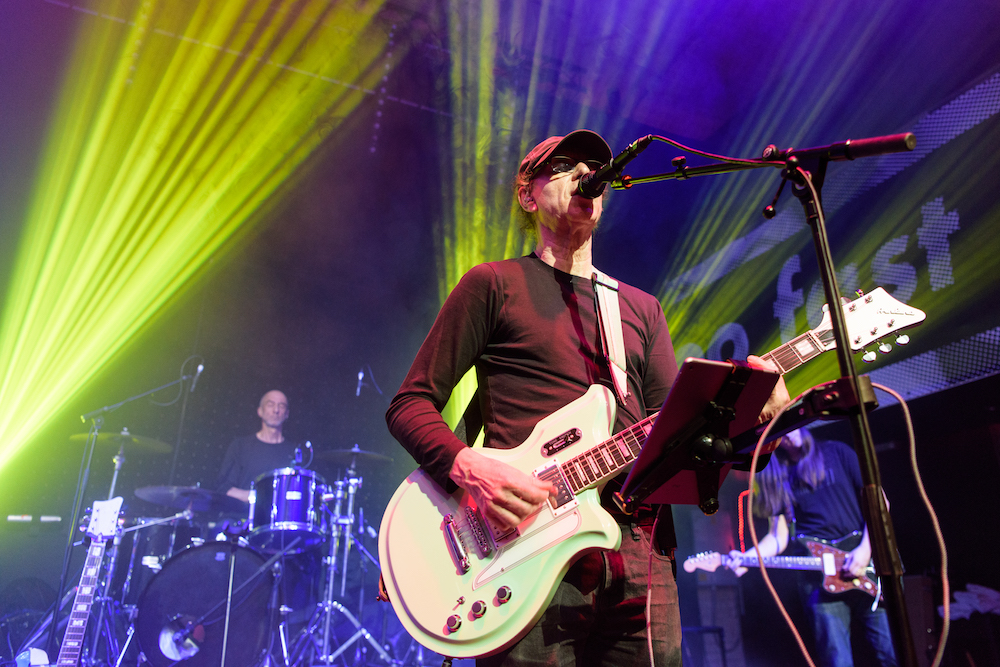 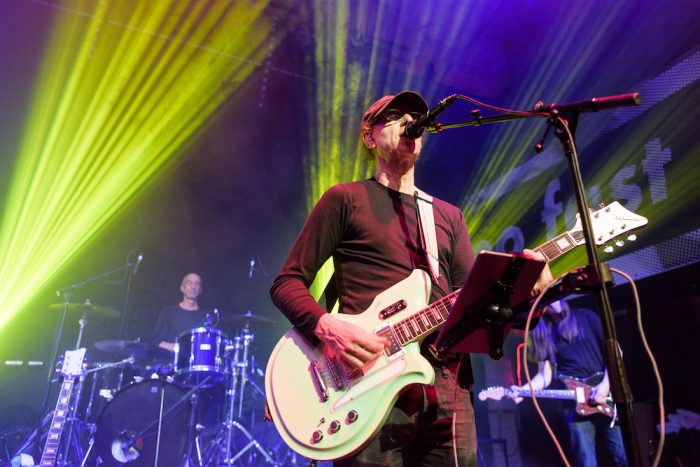 A triumphant set from Wire as they continue to celebrate Silver/Lead, which marks their fortieth anniversary as a band!

Wire continually move with the times and re-invent at every possible opportunity, their back catalogue is huge and they could continue to put out solid post punk records. Yet with every record they seem to move forward with a fervency to keep experimenting, their most recent record Silver/Lead which celebrates the bands fortieth anniversary as a four piece. The record has been lauded for its brilliance and forward thinking and rightfully so.

Tonight they reach Newcastle in support of said record, with no support they take to the stage a huge set list laid out in front of them. They set about blowing the roof off of the Riverside, opening with Ahead from Ideal Copy it sets the bar high for the rest of the set. They move quickly into Diamonds In Cups, where the grunt of the guitars can really be felt alongside the thick bass.

There is an obvious heavy leaning on Silver/Lead but this is definitely welcome, these new tracks once again see Wire elevating everything to another level. There is still plenty of room for their classic tracks though, Three Girl Rhumba being a particular favourite with its swaggering lead guitar as it provides the perfect short segue. Before the band launch headlong into Art Of Persistence.

Their continued assault on the Riverside moves through a variety of their back catalogue with the relatively laid back Red Barked Tree providing a rare abating to this otherwise forceful set. However, this doesn’t last long though as the band crank everything back up and sustain a heavier sound throughout the latter part of their set.

Split Your Ends and Playing Harp For The Fishes compounding a heavier ending to the set, as well as Over Theirs. Their vastly varied material is always exciting with such a diverse back catalogue there are always bound to be some surprises and tonight is no different. Closing out with Silver/Lead, Used To and Stealth Of A Stork we find ourselves once again completely in awe of them.

Very few other bands can boast this level of sustained variety and willingness to deviate from the norm, whilst still retaining their fervency and excitement. Tonight once again proving why Wire are still one of the most inventive and important bands around even after forty years together!