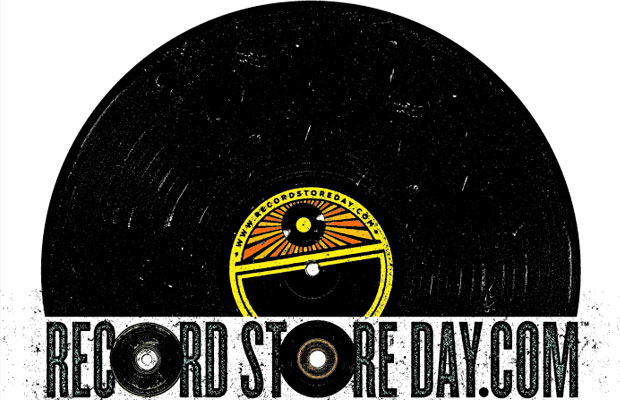 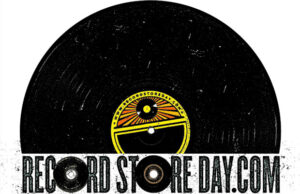 I got rid of my modest looking stamp collection when I was nine. A few years later, there’s a record collection up in the loft, not very far away from where I sit, that went there very recently and may remain there for a while.

Its existence today really isn’t as important as it was ten, fifteen, twenty, twenty five or thirty years ago.

OK then, or thirty five years ago.

I’m well out of my twenties as you can tell, probably matching the ages of most who we bump into on the pavements today carrying their new purchases (or acquisitions as they are referred to today) and cheap day rail return tickets that will get them back to small-town England later on once the sun sets.

Try moving house a few times, and after carrying boxes and crates of the damn things up a few flights of stairs – especially after all those crates of John Peel cassettes, and the CD collection have gone first – and weigh up the justification for having these once you find the box containing the laptop and MP3 player. They’re kept and cherished because some of us will make a false promise every now and then to flick through the items and reminisce about past times and the memories that these seven inch, ten inch or one foot diameter discs would bring. Once the turntable is rewired and a visit to Ebay to see how much needles (OK, then stylus’) cost nowadays.

It’s the price some of us pay that balances out with being able to grab a bus after a Nadine Shah gig in Hackney and be sitting back on the sofa before Question Time has begun twenty minutes later.

As we sit on our arses clicking Youtube and Soundcloud it’s easy to forget that once upon a time Record Store Day was called something else when we were younger. These were the times when we conveniently forgot to give our mum the rent, jumped on a couple of buses and visited (in the case of the pre-spray tanned Essex youth) a couple of shops called Parrot.

So what are the chances of getting into Rough Trade East on this year’s Record Store Day at one fifty five when you know damn well that WIRE, one of the bands that kicked all this off for some, were about to give us a few dollops of the new self-titled album at Two O’clock?

Well fortunately, when it was suggested to the security guy on the door that a possible 25 more people could squeeze in then being the 25th in line delayed this man’s downfall and justified that last five minutes of football focus before leaving the house. On a day when nostalgia seems to be a buzzword it’s not long before we’re having a pint and at least one person is yapping on yet again about Wire being so utterly brilliant enough to be able to still be writing great songs that are worth experiencing over and above the tunes that brought us here on a journey that began over thirty years ago. It might be nice to hear the old stuff, but if you’re still enthusiastic, committed and clever enough to still be pumping out tunes as good as those that we fell in love with on Pink Flag, Chairs Missing, and 154 then it’s these we get and the others we can listen to back home either once we’ve found a new stylus or simply found it perched up on someone’s YouTube account.

“In Manchester” seems to be the new hit “sing-a-long” at the present time. Forget all that Outdoor Miner stuff, we’ve all moved on, it’s 2015 and that’s why this band are here to back up the contradictory arguments based around nostalgia and how let down some of us feel in regard to some of our favorite artists from our teens that some of us seem to be having on a daily basis nowadays. Wire have never let us down, however there are a few still kicking around that have.

A good start to the day, which leads us into that forthcoming huge railway station that some people still call the West End of London. We squeeze through the static black cabs in Wardour street and white courier vans full of regretful drivers and we watch the great JOHN COOPER CLARKE up on the makeshift stage at the end of Berwick Street. It’s a brief appearance that only those fortunate to be near the front can hear. We get a poetic rant about a hire car, “Beasley Street”, “Twat” and apart from a couple of shorter messages (“Fed up with foreplay, And all that palaver……..?” I won’t ruin the punch line) it all ends rather abruptly after a glorious story of a man who has fallen in love with his wife.

This part of the west end is now heaving, every pub has a huge queue for the toilets, the off licenses are doing a roaring trade and passing tourists are wondering what the dickens is going on and seeing a part of London they’ll never understand. We hear sound systems around many corners and see in the distance a few arms raised, beers in hand and in between tall buildings the glorious sunshine that matched the previous years event.

Our journey home is kindly interrupted by the GANG OF FOUR.

Well … they were called the Gang of Four, they had a bloke up there who looked old enough to be in this band, they sounded like them and played “At Home He’s A Tourist” and (the best 12″ ever released – forget all that Blue Monday clap-trap) “To Hell With Poverty”. Seventy Five per cent of this Quartet probably weren’t born when some of us were perched on a table and smoking Rothmans inside the (“New”) Bingley Hall back in the days when a festival called Futurama was all we could afford. However, all that aside this was ace. Before the plug got pulled we’d witnessed enough to comment how tight, fast and exciting this still sounds but in regard to this being a Gang Of Four gig … well, I think they’re bending the unwritten rules a little.

Of course, we weren’t on our way home at all, there are venues up and down the country hosting events all day today and a small excuseable detour to Dalston’s “Birthdays” is made where bands in the comparable infancy of their musical lives are delighting those in this tiny basement who have probably been down here all day. Over to one side are tables full of merchandise, records and CD’s that are also “Limited Edition” artefacts made by artists who will be still selling these direct into the hands to those attending the gigs that help make the world go around and keep these basements in business until they simply have none left. Brighton’s FLASH BANG BAND and COUSIN are here at the tail end of a twenty day tour around mainland Europe and have their shit together not only musically but also in the merch department.

When record store day is over and those who actually queued up all night for some stuff are tucked up in bed looking forward to another day doing whatever they do that allows them to afford all this stuff and somewhere to hoard it, there’ll be those that are still turning up in small pubs and clubs, Monday through to Sunday. These are the people laying the foundations in the hope that one day they’ll be fortunate to get to the point in their lives when someone else does all the selling, someone else decides to turn their Charlatans cover version into a split 7″ limited edition yellow transparent vinyl artefact and someone else builds the temporary stage in the middle of the street and sends out the invitation to perform.

Time will tell if any of what we see and write about today will be just as relevant three decades later. There’s so much going the odds are in our favour but for every Gang Of Four, however it’s presented to us, there’ll always be a lot of “Virgin Prunes” out there in obscurity village doing whatever they do in their day to day lives with ears burning as the hundreds sit in the sunshine on days like this, supping ale and wondering where the personnel went to and whether or not it would be a good thing if they suddenly turned up all these years later to recreate what we saw when we were younger. Nostalgia can be a good thing as well as a bad thing but there’s no time like the present and there’s hundreds of bands out there who could quite easily still be contenders as national heroes in three decades time when those limited edition mp3’s will be filling up the carrier bags in the centres of towns across the country carried by ageing people in today’s band t-shirts. These bands today are worth celebrating every day of the year and if some of us are thinking of getting rid of all those boxes in the attic it doesn’t mean we’ve giving up, it just means we’re probably making room for a few more.