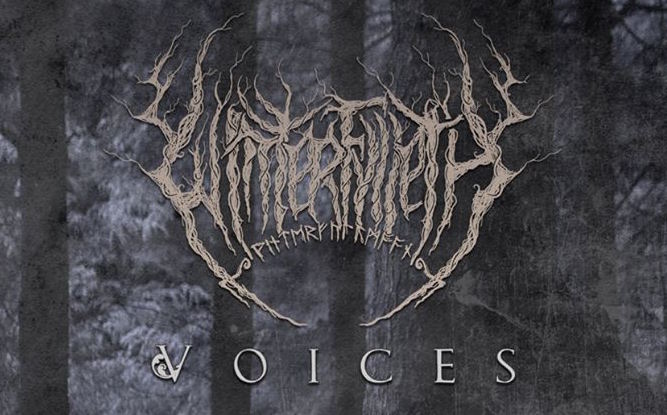 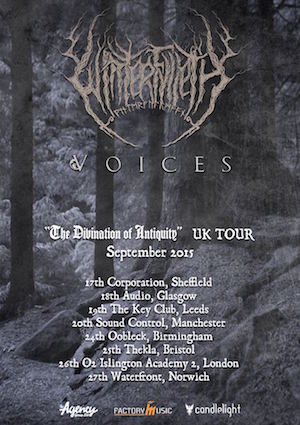 Two of the most visionary and finest bands in the burgeoning UK Black Metal scene, Winterfylleth and Voices, are uniting for what promises to be an unmissable UK tour in September this year.

Manchester-based Winterfylleth and London’s Voices will bring their respective take on extremity to eight venues across the UK, beginning in Sheffield on September 17th.

In 2014 both bands released groundbreaking albums that saw them reaching previously unheard of heights of creativity and originality. Both albums received great critical acclaim and featured highly in not only the Louder Than War ‘top albums of the year’ list but in many other publications lists too.

Winterfylleth’s ‘The Divination of Antiquity’ was a soaring, exhillarating masterpiece, steeped in ancient English folklore and tradition that set new standards and raised the band firmly into the upper ranks of not just UK Black Metal, but the genre world wide. The review can be found here.

Voices unleashed a twisted journey though the swarming underbelly and urban nightmares of our capital city. Simply titled ‘London’, the band tapped into a truly disturbing concept that was utterly repulsive yet at the same time, incredibly beautiful. Our review sits here.

The tour calls at the following venues and if the prospect of Winterfylleth and Voices on the same stage wasn’t quite enough, special guests will be announced next week.

Having seen both bands live, I can promise nothing less than something quite spectacular.

The bands can be found at the following internet portals.

Both bands are signed to the hugely respected Candlelight record label: candlelightrecords.co.uk.

Sample some of the band’s wares via these Youtube selections…