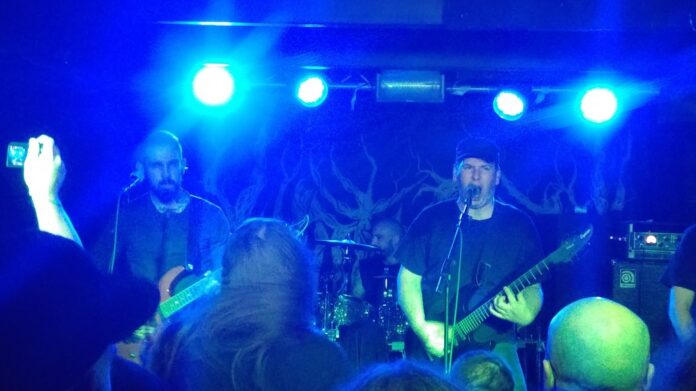 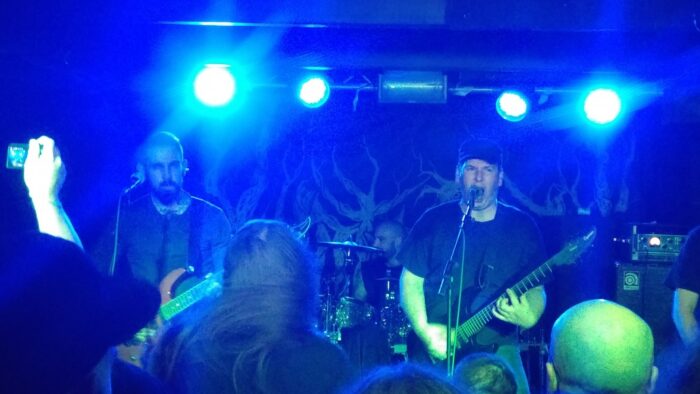 Photo above of Winterfylleth © Danny Kvnt.

One of the year’s most highly anticipated tours in UK black metal circles is the one Manchester’s Winterfylleth and friends are currently embarked on. Andy Santiago was lucky enough to catch “the soaring majesty and savage aggression” of the Leeds show last Saturday, and reports back below. With thanks to Danny Kvnt for photos.

There has been no shortage of love for both Winterfylleth and Voices here at Louder Than War, both bands receiving a fair bit of coverage and earning well-deserved positions in the coveted ‘Albums of the Year‘ list for ‘The Divination of Antiquity’ and ‘London’ respectively.

So when it was announced earlier this year that both bands would be heading out together on a full UK tour, there was no way I was missing out.

The most practical date for me to attend given my location was Leeds and the venue for the gig was somewhere I’d never visited before, The Key Club.

Situated in close proximity to the festering hellhole that is the Merrion Centre, The Key Club is a small, no frills sort of venue. An ideal setting really.

Shortly after entering the venue, the first band of the evening took to the stage. Liverpool’s Ninkharsag. Having recently released their first full-length album ‘The Blood of Celestial Kings’ on the revered Candlelight label I had high expectations.

Shrouded in dry ice and on a stage lit only by 4 blue lights, Ninkharsag delivered a competent if uninspired set of reasonable Black Metal very much in the vein of such luminaries as Emperor.

An excellent sound mix did little to maintain my interest and I found my attention wandering somewhat about halfway through their set. It’s not that they are a bad band, I just found them to be lacking that certain something. 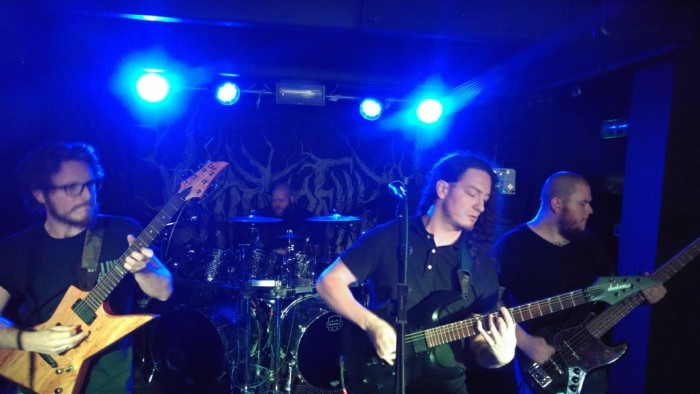 Photo above of Voices © Danny Kvnt.

London’s resident purveyors of all things negative and wrong were up after a short change-over and this was a band I was really looking forward to, having seen what they are capable of at a previous ‘exhibition’ at Damnation Festival a couple of years ago. Not to mention the fact their latest album,’London’ was probably my favourite album of 2014.

Sadly, it had been announced that one of the key elements of Voices, blastmaster extraordinaire, ‘Jamaican’ David Gray would be unable to play on this tour due to inescapable work commitments and the band had drafted in the best man available for the job, Nick Barker. Nick’s CV of bands is endless and his capacity for extreme speed is well documented.

As Voices took to the stage and tore into set opener ‘Dnepropetrovsk’ the levels of aggression were staggering. Voices manage to create this dissonant coldness and sense of disorientating isolation that is completely unique. Featuring spoken word samples lifted from the ‘London’ album between tracks, their half hour set flew past in a frenzy of hyper-blasting and negativity. ‘Vicarious Lover’ and the closing assault of ‘Last Train, Victoria Line’ being particular highlights.

The only slight gripe with an otherwise flawless set was it was too brief. I personally would love to see the ‘London’ album played in full with the full line-up present. Hopefully they will have a longer set at their next Northern exhibition when they return to Damnation in November.

A full headlining tour from Winterfylleth has been long overdue and highly anticipated. The numerous times I have seen them play live previously has always seemed to be support gigs or festival appearances and therefore, always too brief! 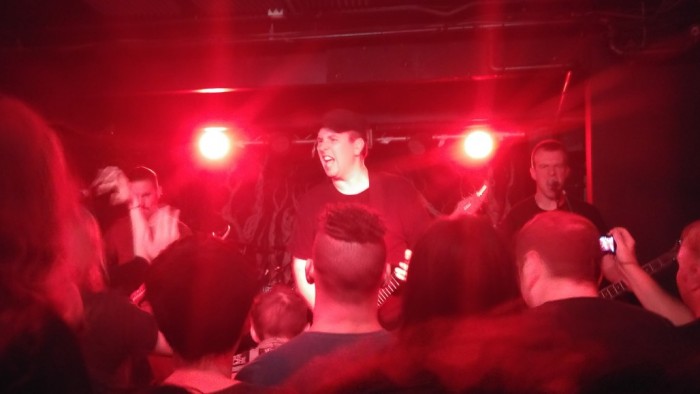 Photo above of Winterfylleth © Danny Kvnt.

After the intro had rolled and with an air of purpose, Winterfylleth unleashed the masterful title track from last year’s classic album, ‘The Divination of Antiquity’, and the venue’s collective jaws hit the floor.

For the next hour Winterfylleth delivered a career-spanning set of absolute class that seemed almost effortless. Soaringly majestic and savagely aggressive in equal measures with a sprinkling of melancholy and folkiness in places, Winterfylleth are thoroughly deserving of their place at the very top of the pile when it comes to the vibrant UK Black Metal scene. Some of the songs are taking on an almost anthemic quality in the shape of classics such as ‘A Valley Thick with Oaks’ and ‘Whisper of the Elements’.

The band dedicate ‘Forsaken in Stone’ to the recently departed drummer of Death Metal legends Bolt Thrower, but apart from this sombre moment the entire gig is of a celebratory mood.

Winterfylleth display a truly passionate and unique take on Black Metal and on the strength of Saturday’s gig, the future is a bright one for the band.

The closing duo of ‘Mam Tor’ and ‘Defending the Realm’ were a perfect way to end an evening showcasing some of the very finest extreme metal this country has to offer.

Thanks to Daz at Candlelight, Chris from Winterfylleth and Danny Kvnt for the photographs.