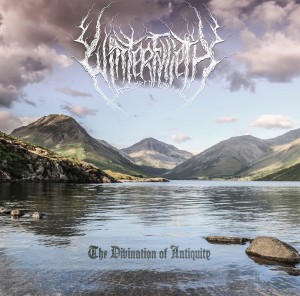 Winterfylleth – The Divination of Antiquity (Candlelight)

We’ve not exactly kept our love of Manchester-based Black Metallers Winterfylleth a secret these last few years, so when news of a new album by the band was announced it was greeted with jubilation at Louder Than War. Said new album drops today and you know what? Yep, it’s a stone cold classic which, for Louder Than War, Andy Santiago reviews below.

In the seven years since their inception, Winterfylleth have been following their own path and forging their own distinctive take on Black Metal.

This vision has now become something truly unique and genuinely groundbreaking as todays release of their fourth album ‘The Divination of Antiquity’ displays.

Steeped in ancient folklore and history from the middle ages, Winterfylleth’s take on ‘Heritage Black Metal’ has now matured into something that has seen the band slowly rising through the vibrant UK scene to the very top of the tree via consistently progressive recorded work and a solid reputation as an excellent live band.

Soon to be released on Candlelight Records, ‘The Divination of Antiquity’ can rightfully be described as the album that so far defines Winterfylleth. The band have evolved into something that has no real comparisons, with a definitive sound of their own that I predict will become very influential over the entire Black Metal genre in the future.

Weighing in at over an hour ‘The Divinity of Antiquity’ is an exhilarating and varied work that shows a band at the peak of their creativity. Every track present is outstanding in its own unique way.

The masterful riffs, the urgency of Simon Lucas’s drumming and Chris Naughton’s epic vocal performance all combine into something that is truly magnificent.

Winterfylleth throw everything into the pot and it all works perfectly. Choral chants sit next to unbridled aggression, acoustic and folky interludes accompany relentless blasting to create this vast landscape that truly stirs the soul and causes the spirit to soar, yet at the same time has an undercurrent of melancholia and longing.

‘Whisper of the Elements’ is quite simply one of the most exhilarating near 8 minute musical experiences you will ever experience. The variation and dynamics are truly life affirming.

‘Warrior Herd’ takes aggression to new heights of feral beauty and the stunning near 10 minute epic ‘A Careworn Heart,’ with it’s almost Clannad-esque acoustic and chanted intro takes the listener into more mid-tempo and melodic areas.

‘Foundations of Ash’ is a personal favourite, the closing minute featuring an incredible riff that raises the track to almost proggy territory.

‘Forsaken in Stone’ opens with a clean guitar intro and maintains a slower, more considered pace over it’s near nine minute duration.

Album closer ‘Pariahs Path’ sees a return to the more up-tempo dynamic with as close to an orthodox Black Metal sound as you’ll ever get from Winterfylleth.

Winterflleth have delivered a masterful album that is assured, accessible and visionary. This is the sound of a band who have their own identity and the confidence to progress and take it to previously unseen heights. I have no doubt that this is a future classic that will be spoken of alongside such genre-defining albums as ‘In The Nightside Eclipse’ such is it’s magnificence.

If you have even the most fleeting interest in Black Metal, you need to hear this album.

Winterfylleth wil be appearing at the tenth anniversary of Damnation Festival at Leeds University on November 1st before heading out on a UK tour with Behemoth. The dates can be found below.