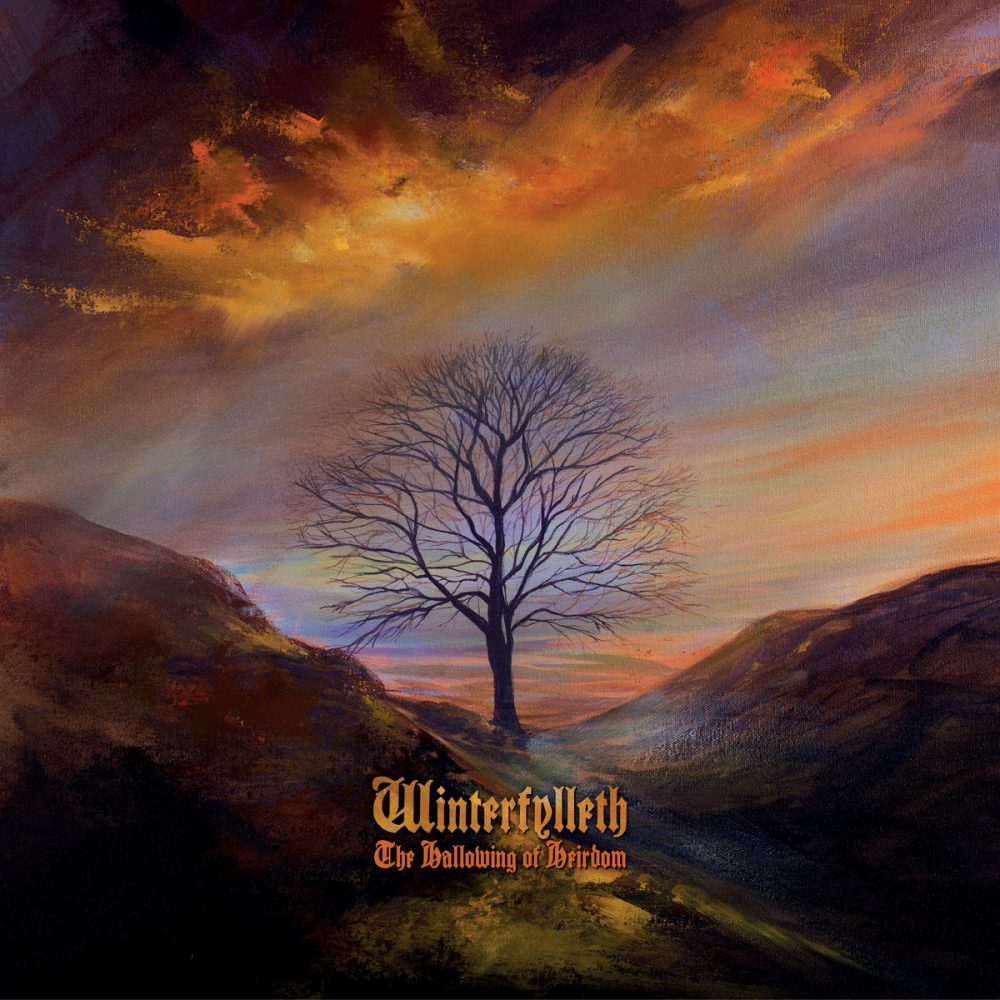 English black metallers return with a change of musical style to soundtrack England’s heritage and folklore.

Winterfylleth are no strangers to the pages at Louder Than War. Having proved themselves as the leading lights of UK Black Metal with a string of phenomenal albums, a Metal Hammer award for Best Underground Band and a will to diversify their style away from the orthodox black metal sound, they have garnered a loyal following and performed at the most elite metal festivals around Europe. Quite simply, they are a leading light of heavy metal.

The Hallowing of Heirdom sees a change from their previous albums as the album is completely acoustic. There are no blast beats, no snarled vocals and no furious black metal riffs. This should ideally serve as no surprise as Winterfylleth have never shied away from acoustic interludes on their albums. They also helped curate One And All Together For Home several years ago with Drudkh and Primordial amongst others showcasing folk songs that formed part of their respected countries’ heritage. There is also Wolcensman , Winterfyllth guitarist Dan Capp’s solo project (online here) which veers into atmospheric Heathen folk music of England.

As for a full length acoustic outing, Winterfylleth have created a wonderfully moody, emotional piece of work that perfectly encapsulates the bands penchant for English folklore and heritage. There are deep stories behind every one of these songs, in true Winterfylleth fashion. Elder Mother was the bands lead track from the album. In the bands own words, “Archdruids Barrow is a mound near Long Compton, in England. Local folklore dictates that if you can see the village over said barrow after taking seven steps from a particular Elder tree, then you are rightfully the king of England. The Elder Mother is fabled to haunt this tree and taunt men who would seek to conquer the land into doing her challenge. The Rollright Stone Circle is said to be a group of such men, who she turned into stone when they failed her wager.” This tale is just one piece of folklore that shows the depth with which Winterfylleth obtain their fabled subject matter. Musically, the song is wonderfully constructed. Vocal harmonies from the bands collected voice, lamenting strings and earthy bass merge majestically to make the song come to life.

Throughout the album the haunting harmonies created by the band evoke emotion that Winterfylleth are so adept at creating. Nearly every song utilises the collective voice of the band and it is wondrous to hear. Latch to a Grave is an old riddle about a sword where the vocals of Chris Naughton and Mark Deeks complement each other perfectly, whilst the instrumental guitar work of Nick Wallwork dazzles over the haunting cello work of Jo Quail (a superstar in her own right and  online here). The same can also be said for On-Cýðig (an Anglo-Saxon word for ‘un-known’).

Elsewhere on the trip through England’s past there is the soaring drum led Resting Tarn; a nod to the great explorer Alfred Wainwright, and the moody instrumental of Embers. Whilst there is no blast beats or orthodox drumming per-se the solitary marching drums and percussion from Simon Lucas help elevate the moods of the songs that percussion plays a part.

One of the best things about this album is that the album is bookended front and back by two stunning tracks. Opener, The Shepherd is arguably the best track here; and like the closing title track, both are over 7 minutes in length and immensely well-constructed. Each listen to the songs and the album as a whole reveals something new each time; such is the depth of the sound (produced masterfully again by Chris Fielding of Conan). In a way, the listener is on te journey with Winterfylleth exploring the sound along with the band. As The Hallowing of Heirdom draws to its stunning climax, the cries of “Who are we now?” ring out and echo as the music ends in a swathe of lush and uplifting strings, moving drums and soaring vocal harmonies.