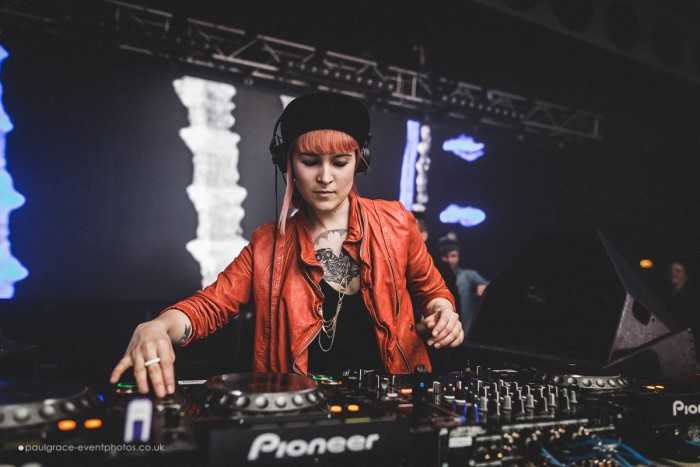 The Social winter session took over the Kent County Showground last weekend with a massive warehouse rave, featuring a Who’s Who line-up of underground house and techno. Paul Grace was there to experience the sonic boom.

The Social throws several parties each year and showcases some of the world’s biggest dance music acts, all brought together by Saved Records, the independent music label of renowned house and techno DJ Nic Fanciulli.

I arrived in Maidstone at the festival site early afternoon, just as storm Imogen was closing in, so I didn’t waste any time and headed straight inside to avoid the wind and rain.

The space was split over 2 distinct areas – a main cavernous arena called the meadow, and a smaller backroom/warehouse named the barn.

No one envies the warm up DJ’s at dance festivals, with the clubbers just arriving and getting used to the layout, but Russ Yallop was doing a top job when I entered the meadow, playing some gorgeous laid-back deep house. The growing crowd was already moving. 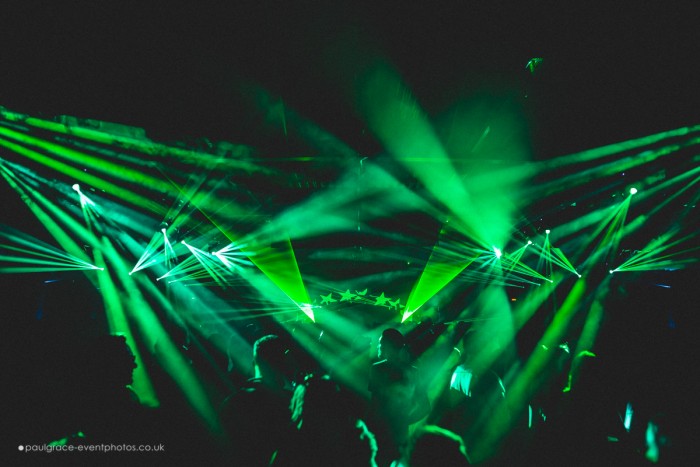 I went for a wonder to the barn to find VIVa label boss Steve Lawler mid-set, and working the clubbers into a frenzy with some seriously funky cuts. I hung out there for a while and met some super friendly people – this was a passionate crowd who loved their music and showed complete surrender to the hedonistic journey they were on.

The rain and gales might have been worsening outside, but the growing tempest was proving no match for Israeli Producer Guy Gerber, who’s progressive techno sweep was howling at force 10 when I stepped back into the main room. The Social production now in full effect, with CO2 canons firing on stage, and clubbers reaching out for the countless Star Wars style lasers criss-crossing the air high above their heads. Gerber was followed by Nina Kraviz whose sleazy acid rawness provided a fitting soundtrack to the vast warehouse cavern.

Returning to the barn, the ravers were literally screaming at the back-to-back shenanigans of Yousef and Eats Everything, enthusiastically lapping up their fun mix of chunky house. Later on there was more duo action happening on the main stage with Nic Fanciulli and Jorris Voorn sequencing a varied set of tripped out techno and full on classics – the highlight being Jam and Spoon’s “Age Of Love”; the crowd reaction during the breakdown to which simply had to be seen to be believed. Similarly Mylo’s “Drop The Pressure” received an equally huge response. Enormous fire balls were now blasting out of the front of the main stage as the event approached its hot and heady peak. 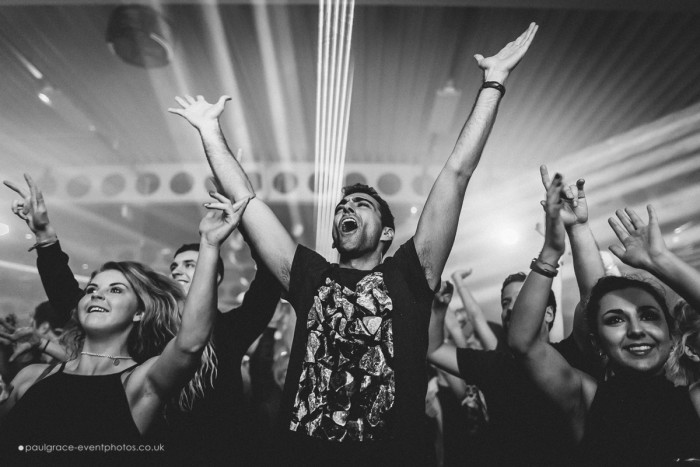 Drumcode boss Adam Beyer was headline act, and he played a storming closing set of relentless thumping techno. Starting with a simple filtered treble drum loop, when the bottom end finally dropped in it literally felt like the angry kraken had been unleashed! Fire, lasers, techno – a fitting climax to this winter party.

This was a perfect start to the Social calendar and I’m really looking forward to the events they have programmed for the rest of the year. Today storm Imogen might have been trying her best to do her worst, but the real thunder was definitely happening inside.

The Social Festival is online here: thesocialfestival.com. Check it out on Facebook and on Twitter as @thesocial