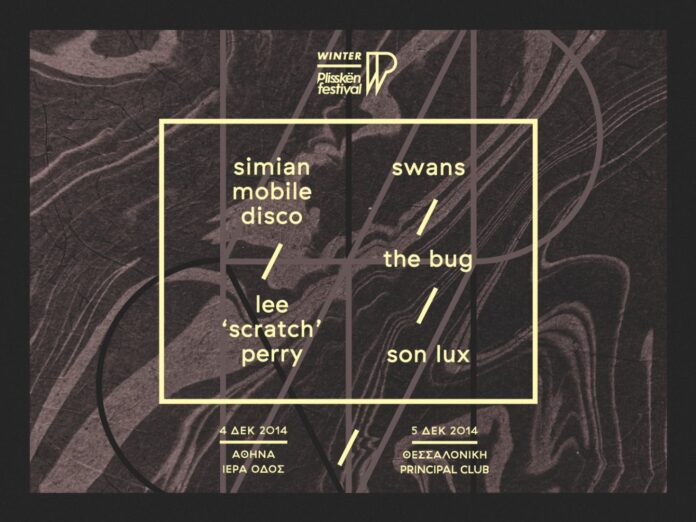 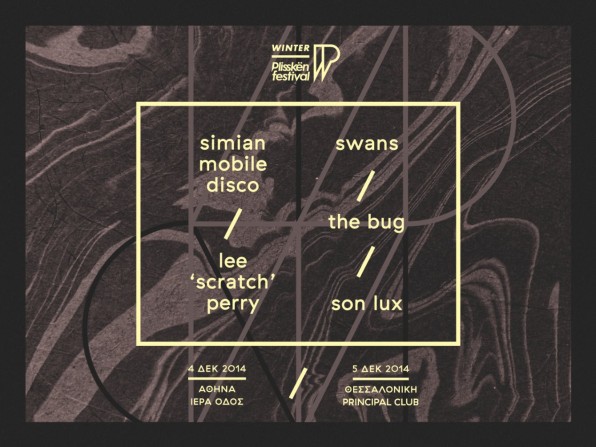 Following the success of this year’s Plissken Festival, the team will be returning for their fourth birthday.

The winter festival will hosting consecutive nights of the 4th and 5th of December in two of Greece’s largest cities, Iera Odos in Athens and Principal Club Theatre in Thessaloniki.

The opening night will see electronic duo, Simian Mobile Disco as well as post-punk outfit, Swans play the festival before heading up the East Coast for round two. They will be joined by dub and reggae master Lee ‘Scratch’ Perry, Ninja Tune’s avant-garde producer and multi-instrumentalist The Bug and popular American trip hop artist Son Lux.

Drowned in Sound have previously described the festival as “A righteous celebration of noise” whilst Crack Magazine say, “in some ways Plissken is a perfect festival”.

Plissken Festival has also been nominated for ‘Best Indoor Festival’ by European Festival Awards, as well as the star for the Greener Festival Award, for the second consecutive year running.

Tickets start at 25 euros and can be bought here: viva.gr/tickets/festival/plissken-2014-winter-edition.