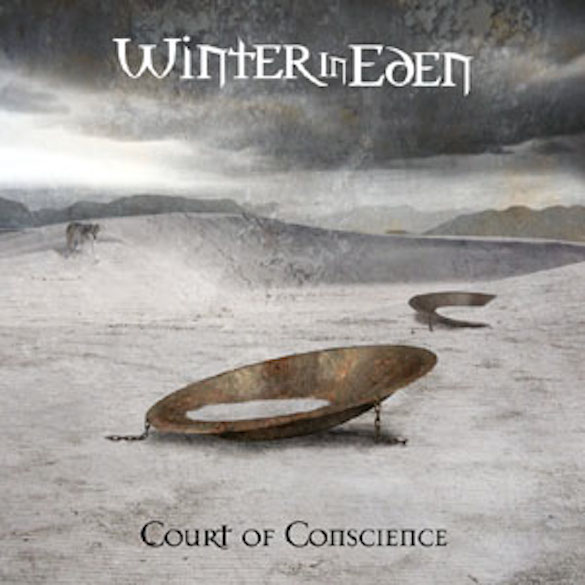 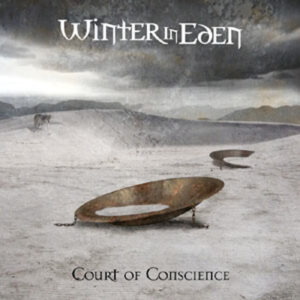 Winter In Eden’s latest offering comes on the heels of their highly acclaimed debut ‘Awakening’ and follow up ‘Echoes Of Betrayal’. Latching onto the production team behind fellow symphonic hard rockers Within Temptation and with critical support from the rock and metal media , ‘Court Of Conscience’ sees them looking to rub shoulders with the big players in the field. Louder Than War’s Michael Ainscoe reviews.

Has anyone else noticed a marked increase in the numbers of females becoming part of the rock scene? You only need check out some of the rock publications on the shelves of your local newsagents to find the latest in a new breed or the new release featuring a talented rock goddess on its cover (and let’s face it, more often than not, the ladies tend to look a bit better than the guys.)

Nowhere has it been more apparent than in the melodic/symphonic rock/metal scene, where the likes of Within Temptation, Evanescence, Amaranthe and  Nightwish have opened the doors and made female fronted rock almost a genre by itself. In fact, one of the best gigs I’ve attended this year was the Within Temptation/Delain double bill (reviewed here) and as someone (probably Disney related) once said, it opened up a whole new world.

To the point though. Winter In Eden are another five piece symphonic rock band from the north of England who can be added to the list. With an EP and two albums behind them and a string of recognition  (best new band, female vocalist, live act) from the likes of the Classic Rock Society, Metal Storm and Classic Rock magazine, anticipation is high for their third album, ‘Court Of Conscience’. It comes courtesy of producer Ruud Jolie (of Within Temptation) and mixed by Stefan Helleblad (of…..Within Temptation) and featuring a number of guest appearances most notably including  Landmarq/Threshold singer Damian Wilson. Sounding good so far.

Opening track ‘Knife Edge’ has all the classic elements – the false sense of security of the  gentle piano opening giving way to the immediate vocal of Vicky Johnson amid a smack in the teeth blast from the band, a minor respite mid song giving way to a suitably symphonic ending and a flavour of what’s to come.  The typically dynamic expectations and atmospheres come courtesy of the ominous opening of ‘Critical Mass Pt 1- Burdened’ which smoulders along and builds into becoming the big production piece on the album.  With ‘Toxicate’ and ‘Order Of Your Faith’ they display a slightly harder edge while ‘The Script’ offers up something more akin to a string driven power ballad.

Although the overall sound is naturally quite heavily orchestrated (expertly done by keyboard ist Steve Johnson) the band are driven along by Steve Hauxwell’s drums and it’s hard not to be impressed by Vicky Johnson’s symphonic metal goddess vocals which pour a velvety smooth coating over  the soundtrack which essentially provide the focus for the band. The album is accessible with some commercial hooks, dare I say radio friendly (maybe rock radio friendly might be more appropriate)  in songs like ‘Before It Began’ and full of sweeping strings and explosive guitars yet able to move into simple acoustic guitar driven pieces.

Having come off the road and straight into recording saw the material coming together quickly and making the most of the benefits of playing together  as a live unit. The ‘been there and got the T shirt’ Within Temptation polished production influence has rubbed off  and given Winter In Eden the motivation and momentum to deliver a record which establishes and strengthens their reputation  in the genre.