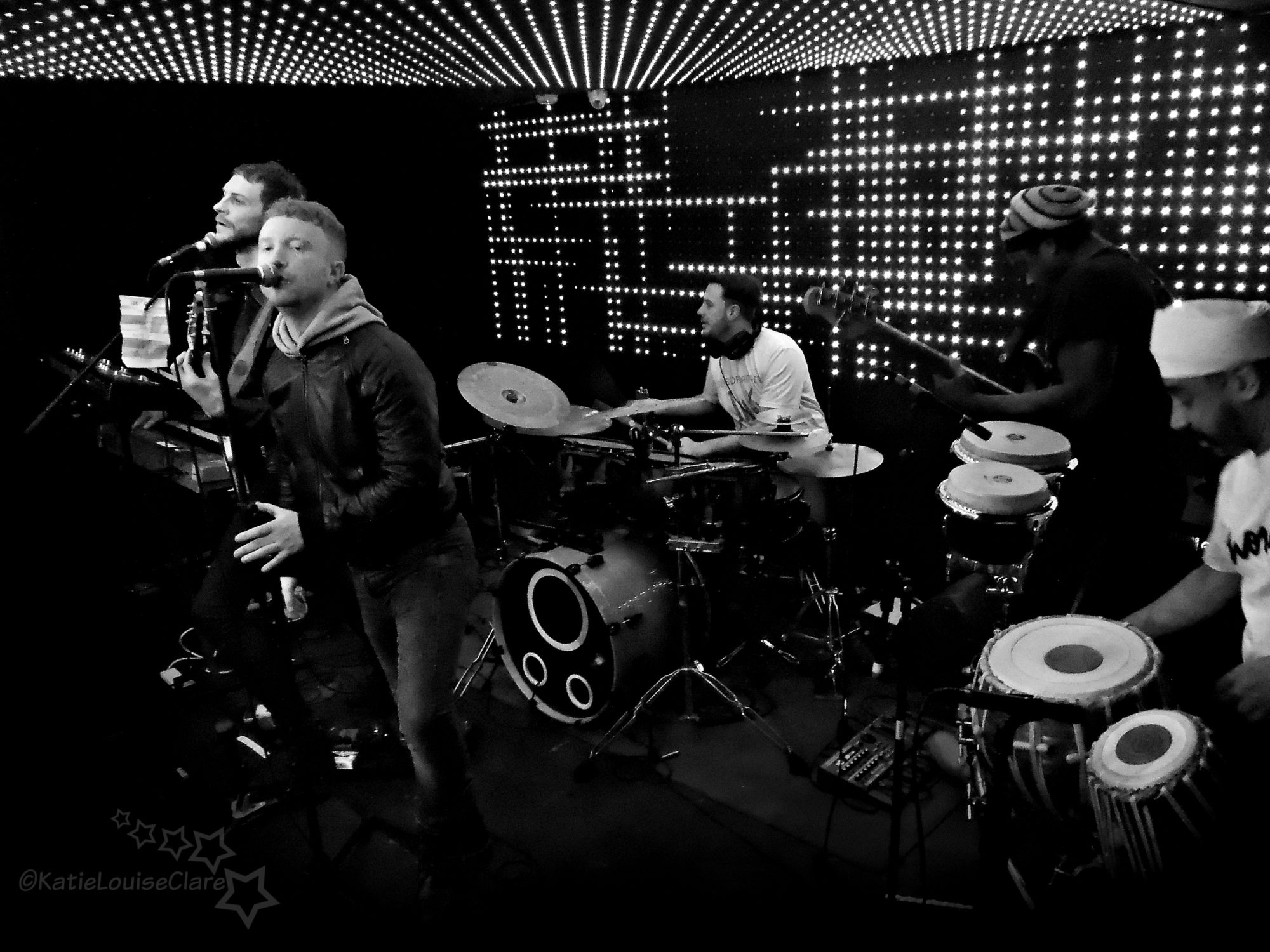 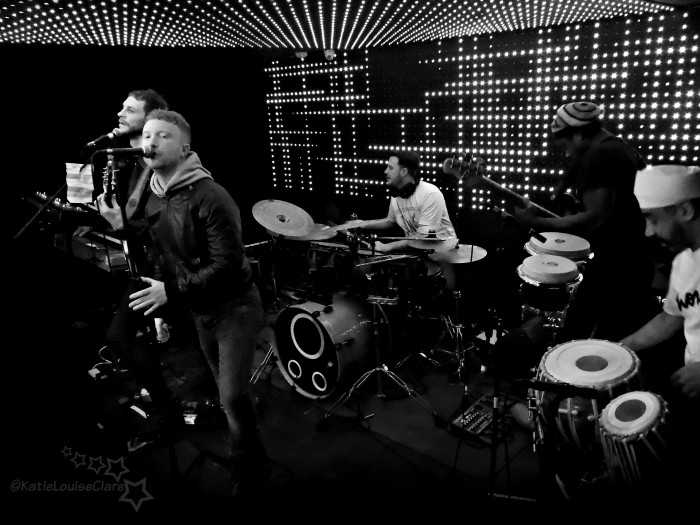 The Live Room is currently one of the newest venues in Manchester, so much so that fresh paint is still the primary scent in the air, and it has a lot of positives – nice staff, good prices and a friendly air. However as with all basement venues what it gains in atmosphere is paid for by a limited line of sight of the stage; those not front row or just behind have to create their own visual imagery of whatever may be the on stage antics. Lucky tonight there were three bands that provided plenty to feed the audio and emotional senses.

Sheffield trio Ordnance were the unknown variable tonight and proved to be quite the surprise. A joyous blend of indie, dance, psychedelic rock and well something else: something that appeared just long enough to be there but would disappeared before you get a handle on whatever it was. The three songs I managed to experience (Manchester traffic) were a great taster of a band with a versatile yet already distinguished sound that shines with youthful sparkle. 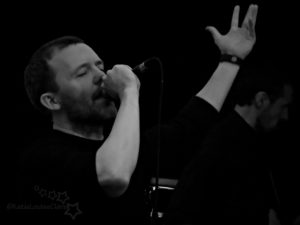 The Slow Readers Club have a sound, both triumphant and plaintive  that falls on your senses from all angles especially in this relatively enclosed venue. The melding of malaise and exultation is something quite wonderful to experience. The band’s music is a mass of confident chords and military rhythm perfectly married with Aaron Starkie’s rich baritone vocals which switches at times to a tenor’s higher range; adding plenty of additional dramatic resonance to the already on the edge sensation that the band produce.

It is a brief nine song set that flies by, Days Like This Will Break Your Heart standing out well tonight and much more empowered than the title would suggest. The set builds up to a thrilling conclusion of Feet On Fire and Know the Day Will Come which certainly had everyone, if not dancing, certainly moving with some feeling. The Slow Readers Club are quite simply to glorious to be kept a secret; see them, be seduced and then pass the pleasure on.

The Winachi Tribe always seem to embrace every live experience with conviction and amiable good humour – which works well with their catchy urban-funk and creates a feeling of fellowship between them, their music and the audience. Opening the set with Sex, Drugs and Poetry the audience are instantly moving and bobbing as Liam Croker’s almost whispered vocals comfortably intertwines with the rich and groovy melody and rhythm. 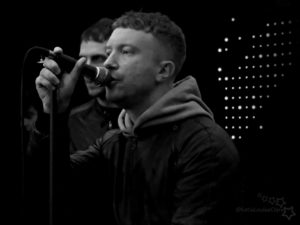 and I Sense Danger as the The Winachi Tribe VS Sense of Danger; these tracks are being used as the official soundtrack for the new clothing brand Sense of Danger who’ll be launching their menswear in spring. Sense of Danger is a strong single – the layers of vocals and riffs illustrate a broody fearsome night-time – while the rhythm, excellently executed by Inder Goldfinger, snakes around your shoulders and spine making you sway and shimmy with a somewhat hypnotic necessity.

Sense of Danger is an interesting addition to the bands live set one which shows the versatility of their funk infused sound. The Winachi Tribe bring the live part of the evening to an end with something lighter and a little more energetic Time for Love and Yeah Fool making sure that they left the audience dancing and grinning.

The Slow Readers Club official website and Facebook are great place to keep up with live dates, release and all you need to know. The bands Soundcloud and Twitter (were they share as @slowreadersclub) are further great The Slow Readers Club places of interest and their current upcoming tour dates are:

Connect with Ordnance on their Facebook, Soundcloud or on Twitter were you’ll find then posting as @ordnanceuk.