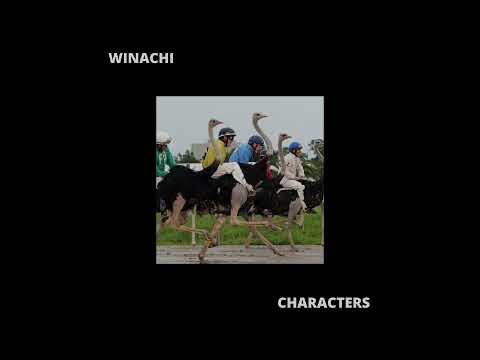 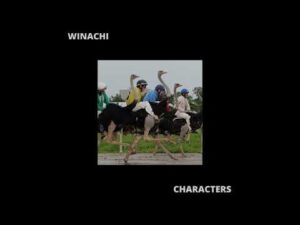 Warrington, England-based Winachi describe themselves as “swaggering Mancunian tenacity spliced with smooth Californian G-Funk soul”. As someone who musically came of age in the early 90s, that had me thinking The Stone Roses meets Dr. Dre, and they don’t disappoint.

Released on the heels of their EP Parasitical Elimination which came out just last November, Characters certainly lives up to those lofty stylistical ambitions. Adding even more credibility to this fast-rising tribe’s evolving sound is the mix by Jim Spencer, known for his work with the likes of New Order, The Charlatans, Johnny Marr & Electronic and many other top UK pop outfits.

What immediately makes Characters stand out most in the electro/northern groove crowd is the stark contrast between their sleek, almost minimalist future funk sound contrasted with introspective yet no-holds barred lyrics penned by Liam Croker and Antony Egerton.

“Some make a fortune… some shoot to get by… some walk on the moon, while some just shoot to get high… Some work in banks… some pimp your daughter… while some drive tanks… now every sister, every brother… In the end we’ve only got each other. We’re characters of the world.”

Starting with a sparkly synth introduction, the electro-pop melody of Characters is complemented nicely by a sparse yet deliciously funky guitar hook. The rhythm section is a straight-up G-funk bass line with a mix of programmed drums and even tabla for good measure. Whoever gets to remix this song will have a ton of interesting elements with which to work.

The song is fundamentally about finding your place in a world full of characters, whether they’re shady or virtuous, and the importance of avoiding the temptation to judge others. The enduring message of the song is that perceptions of good cannot exist without evil, and that there is a fine line between the two that is defined by human judgment that is all too often blind to our own flaws.

“Once you get past all the prejudice, hate and judgmental bulls–t we’re all just the same, living under the same sky. We’re human beings and without each other we’re nothing,” says Croker. “The world’s such a dark, insane place at the moment that we wanted to put out our own little slice of madness…except exchanging the darkness for a bit of a colour.”

With several more releases planned for 2022, these characters of the musical world seem to have a bright future indeed.

Sebastian Cook is a club booker, grant writer, publicist and musical Swiss army knife based in Toronto, Canada. This is his first review for Louder Than War.