Home News Win tickets to a unique evening with The Damned… 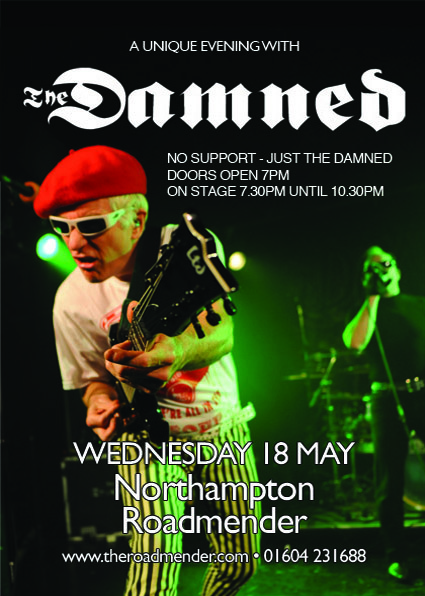 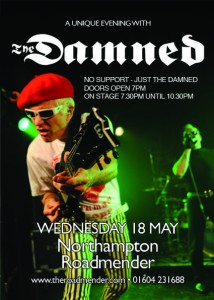 Win tickets to a unique evening with The Damned…

On the 20th May 2016 The Damned will be celebrating their 40th anniversary with a special performance at the Royal Albert Hall, London; however to prepare for this gig The Damned have announced that they will be appearing at The Roadmender, Northampton on the 18th May 2016.

This will be a very special, intimate show – just The Damned, no support and they take to the stage at 19.30hrs until 22.30hrs; that’s an extended set of pure Damned mayhem, clearly in preparation for the following RHA performance. A limited number of tickets are available via The Roadmender

However, we are delighted to be able to offer up a pair of tickets for this very special event – to get your hands on the tickets just answer this very simple (topical) question.

Q. The Royal Albert Hall was opened in 1871 (the first show, contrary to legend was not by the Damned…the Capt.’s not that old!!) by the then reigning Monarch – Who was that?

Send your answer, name and address to philnewall(at)louderthanwar.com

The Subject line MUST read Damned, if it doesn’t your entry will be automatically filtered into the Trash box – use a real email as that’s how we will contact the winner.

Multiple entries will be disqualified.
No cash alternative.
Tickets to be forwarded by Gigbox
Prize does not include travel, hotels, food etc.
Competition is open to all Louder Than War readers – Entries from outside the UK are very welcome.
The editor’s decision is final.
Winners will be notified by email – so you need to use a genuine address.
Competition closes 1900hrs Sunday 24th April 2016