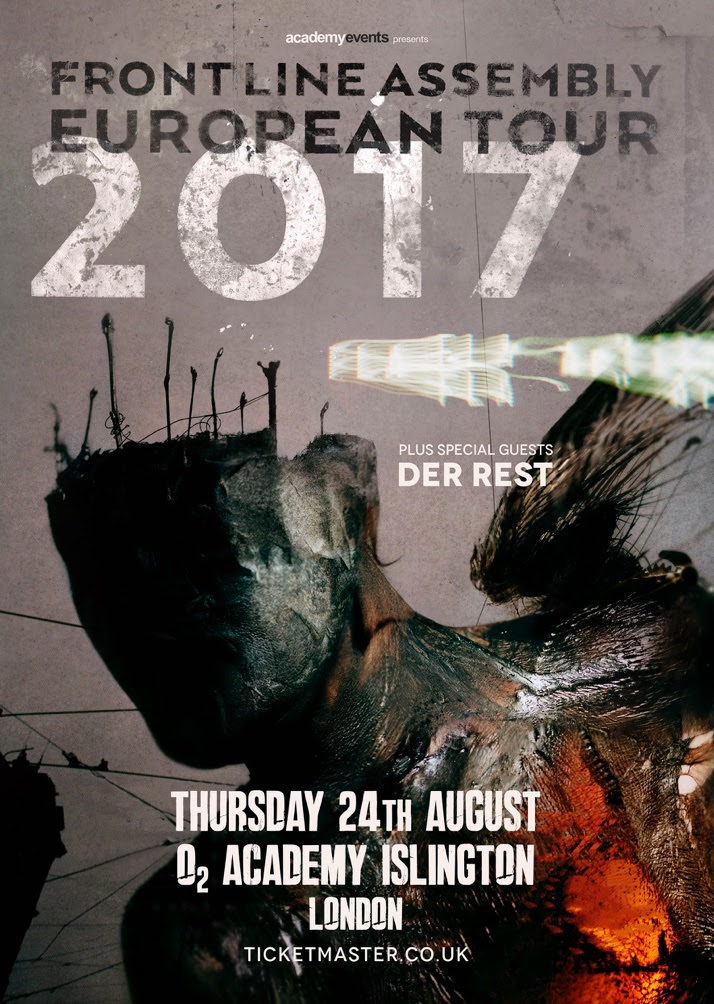 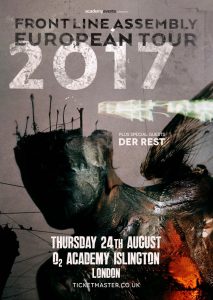 For out latest competition we have teamed up with redsand PR and are able to offer up a pair of tickets to see industrial pioneers Front Line Assembly at The O2 Academy Islington, London – this will be the bands ONLY UK date as part of their 2017 European tour.

Masterminded by vocalist/musician Bill Leeb, the Vancouver, Canada based group last played in the capital in March 2016. 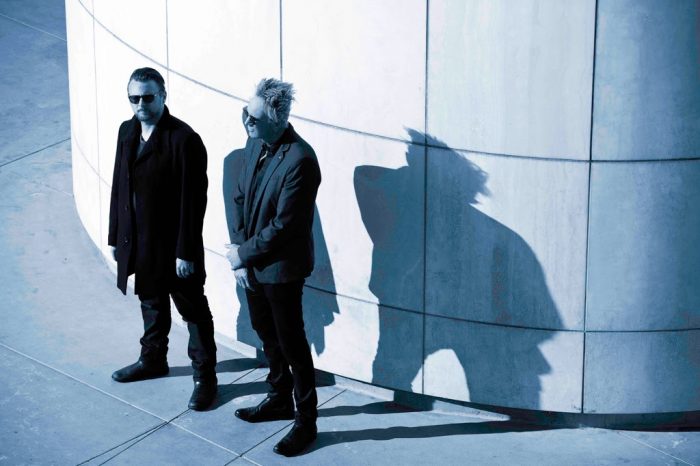 Leeb began Front Line Assembly back in 1986, releasing several albums between 1988-92 that saw the group acknowledged as electronic/industrial/EBM scene heavyweights alongside Front 242, Nitzer Ebb and Skinny Puppy (Leeb had been a member of Skinny Puppy prior to forming FLA). Aided by music writing partner Michael Balch, the 4th FLA studio album, ‘Gashed Senses & Crossfire’ (1989), was promoted with debut European and US tours that  saw the duo accompanied on stage by teenager Rhys Fulber. Balch left the group later that same year to join Ministry and Revolting Cocks, with Fulber stepping up to co-create the classic ‘Caustic Grip’ and ’Tactical Neural Implant’ albums in 1990 and 1992.

Their most recent album, ‘Echogenetic’, was released in 2013 and is seen by many as the best FLA record since the halcyon days of the early 90’s.

Front Line Assembly are currently writing for a new album, expected for release in early 2018.

To get you hands on the tickets – answer this ridiculously simple question:

Send your answer, plus your full name and address to shop@louderthanwar.com – the subject line MUST read FLA

NB: You must submit your full name and full address, and use a real email as that’s how we will notify the winner!

Terms and conditions:
Multiple entries will be disqualified.
No cash alternative.
Tickets/Guest list to be supplied by redsand PR
Prize does not include travel, hotels, food etc.
Competition is open to all Louder Than War readers – Entries from outside the UK are very welcome.
The editor’s decision is final.
Winners will be notified by email so you need to use a genuine address