Home Music Reviews Album Reviews Wilton Sleeper: The History of Us and Them – EP review 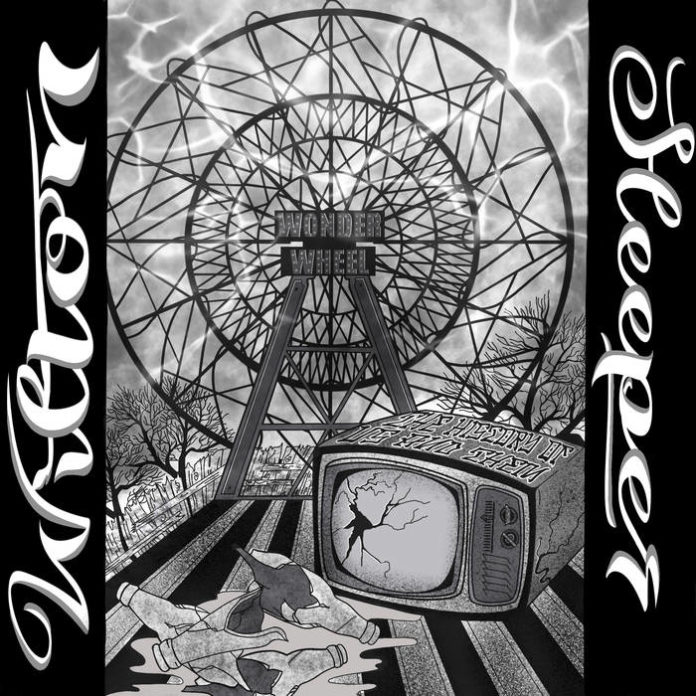 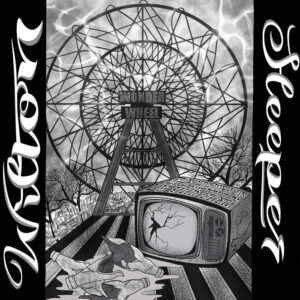 Wilton Sleeper – The History of Us and Them (self released)

Southampton’s Wilton Sleeper offer 4 tracks of angular indie rock characterised by catchy choruses, a solid rhythm section and a shift in gears between subdued and rowdy. Nathan Brown breaks out of his punk rock comfort zone to spot a diverse range of influences.

Wilton Sleeper cite inspiration from the likes of Oasis, The Levellers, Ramones, Placebo and Suede all the way through to Johnny Cash and Buddy Holly. That is one broad sweep across the rock’n’roll years. So how does a LTW hack who generally covers the DIY punk scene end up reviewing a band of this nature? Well, they’re a local bunch and I’m in the same St Pauli fans group (St Pauli Southampton) as singer/guitarist David Crout. As he seems like a nice fella with his head screwed on and I couldn’t make the launch gig, I couldn’t help but offer.

I don’t think the inspirations they list do this band justice. Wilton Sleeper seem far cooler than that. While their overall sound is fairly accessible, if pushed I would describe Wilton Sleeper as angular indie-rock. On first listen, emerging from my punk rock safety zone I could hear things as diverse as late 80s/early 90s US melodic hardcore like Avail, early punk like Radiators from Outer Space, the indie guitar howling of the Pixies, and what I would call “angular” bands such as Minutemen, Nomeansno and Gang of Four. Plus plenty more I just don’t have reference points for.

Opening song Dance starts with a rhythmic guitar twang and the assertion that “We’ve got rhythm, we’ve got a soul”. They certainly have, and the song conjoins a rhythmic verse with a good old fashioned catchy guitar powered chorus. Perhaps this is the secret manifesto, given the heavy predication of rhythm patterns in their songs. They also have “problems, we’ve got it all”. And the answer to problems? Wilton Sleeper make it clear the solution is to dance, dance, dance. In the spirit of Emma Goldman who said something along the lines of “If I can’t dance, it’s not my revolution”

Up next, the crooning on History has a back-woods America feel to it. Whilst I can hear something of Oasis harmonies in the vocal delivery, to these punk-attuned ears it reminds me more of The Dickies, so pick somewhere half way between the two and you’re probably there. When the vocals go high pitched I can understand that Suede comparison. The middle 8 has a touch of Americana – twang central.

Top Girl is another song mostly driven by bass and drums before it drops into yet another catchy chorus, which is where the guitar and keyboard properly kick in. Much like Dance, the song uses the contrast between subdued verse and energetic chorus. This changing up and down seems to be the central character of the band.

On Point is a bit more traditional in its rock out approach, although still driven by the rhythm section. As the song draws the EP to a close a build up and rock out over the intonation of “We’re staring down the barrel of a corporate gun” borrows heavily from the Stooges.

The musical talent is evident in good song writing captured by a decent quality recording. It comes as no suprise that members of this band have form, having toured and performed with the likes of Wes Borland (Limp Bizkit), Nick Oliveri (Queens Of The Stone Age),Elanor McEvoy, Public Service Broadcasting, Pendulum and Faderhead

You can catch up with Wilton Sleeper’s happenings on Facebook including a support slot with Toyah at the Brook, Southampton on 19 October 2019.
~

Lauren Moon: What Goes Round (Comes Round) – single review

Siouxsie And The Banshees : Kaleidoscope – 40 Years On