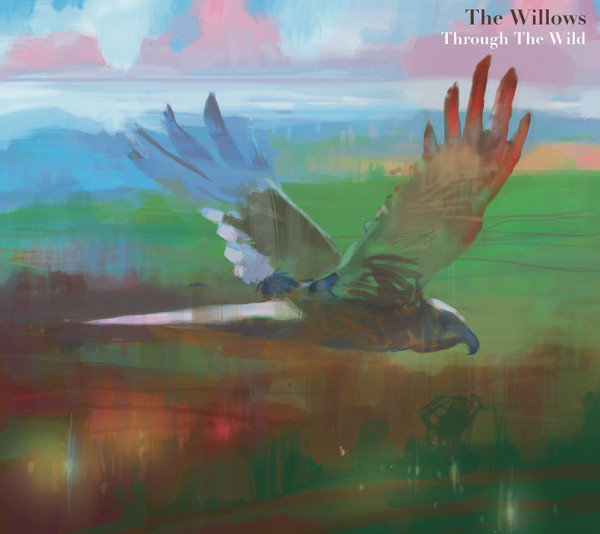 The Willows have slowly evolved into what some might resort to calling, to coin a tired old phrase that gets rolled out at opportune moments,  a folk supergroup. What it really means is they’re a great little band packed with quality musicians who make a joyous noise together. They do exactly that on Through The Wild.

It seems to have been quite an inspirational move in adding Evan Carson and Kat Gilmore to the Willows core of Jade Rhiannon, Ben Savage and Cliff Ward. If we were playing fantasy football for folk, The Willows would be quite some team in the worth of their valuable players. And then there’s John Parker giving some depth to the bottom end and the potential for some serious folk rocky Americana begins to get  realised.

On this new set of mainly original songs together with several references to their local home ground, Coda and Better Days reintroduce the new Willows for the first time since 2014’s Sean Lakeman produced Amidst Fiery Skies. It’s a pairing  that highlights  the two sides of The Willows. The former finds cylinders  being fully  fired on all fronts, the latter a gorgeously played  and gently arranged treatise with some outstanding hooks on  the lyrical ‘light at the end of the tunnel’ direction.

Perfect Crime comes from the true story of identity stealing WW1 soldier Percy Cox and shifts into the Ernest Durham tune; a prime example of how Kat Gilmore frequently  takes her fiddle from ebbing and flowing through the arrangements into a bluesy Seth Lakeman-esque direction. Maybe she’ll be receiving the post match bottle of champers from Captain Cliff at the end of a man of the match performance?

Fresh from loan periods offering his musical skills in various directions, Ben Savage switches from his usual acoustic to electric guitar to add to the galloping rhythm of  Pearl Hart,  the tale of a notorious 19th Century Highwaywoman, that also ensures a  gender balance in highway robbery, although keen students of the noble art of standing and delivering will also point out Moll Cutpurse as a high ranking exponent of the art.  The sensitivity of Out Of Our Hands shows the band’s more delicate side and weaved throughout is the thread of Jade Rhiannon’s impassioned vocal  plus the chance to appreciate that there are enough in The Willows to contribute vocal washes to subtly  enrich  the delivery. It’s a side that  resurfaces on False Light whose dreamy ambience is enhanced by a widescreen production.

Ultimately, Through The Wild confirms the strength of the band as a unit, not only in their interaction that’s clearly evident in the performance,  but also writing together which is a major step on the album. Greater even than the sum of its talented and multifaceted parts.

Watch the video for False Light from the album here: