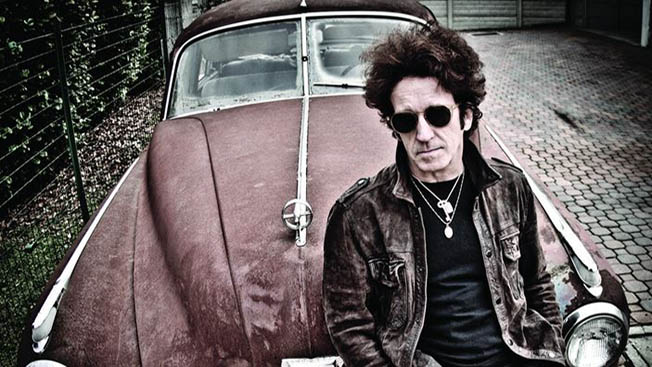 The New York troubadour makes his way back to his spiritual UK home of Ruislip for a killer show. Louder Than War’s Craig Chaligne reviews.

Willie Nile is a legend, that’s the only way to describe it. Purveyor of good songs and good vibes, he’s been treading his brand of punchy folk rock for more than 35 years and has just completed a European tour that saw him play twenty shows across Europe to promote his recently released “World War Willie” album. On each of his recent UK tours, he has made a stop at The Tropic in Ruislip and based on the crowd gathered on this visit, he has managed to gather a nice local fanbase. Promoter Philip likes to remind that Willie asked to come back after a first visit that saw him play to 25 people. The man has faith and he displays it by giving it all every night, strumming his battered Stratocaster like there was no tomorrow.

Willie and his three piece band composed of Matt Hogan (Guitar), Alex Alexander (drums) & Johnny Pisano (bass) were on fire. This rather rigorous European touring schedule meant that they were pretty knackered when they reached Ruislip but as tour manager (and opening act) Mike joked “they’ll be fine when the drugs kick in” and drugs or not drugs they delivered one hell of a fine show. Starting with the anthemic “Forever Wild” followed by “Grandpa Rocks” both from World War Willie, the band then tore through the punkish “Life On Bleecker Street” with an hypnotic bass line very reminiscent of The Easybeats “Friday On My Mind”. Willie is a man with his right in the heart place that champions the oppressed as proved by songs like “The Innocent Ones” and “Heaven Help The Lonely”, honest songs performed with passion. It was back to the latest LP with “Bad Boy”, “Hell Yeah” and “Trouble Down in Diamond Town” each song better than the next. The excellent “Children of Paradise” inspired by a movie by French director Marcel Carne was followed by Willie’s paean to guitar hero heaven “House of a Thousand Guitars”. Willie has great respects for rock history and his peers and there was no better homage to Lou Reed and David Bowie than the great version of “Sweet Jane” and “Heroes” that the band performed. After closing off with the infectious “One Guitar”, the band quickly returned for a two song encore that included the Beatles’s “A Hard Days’s Night”.