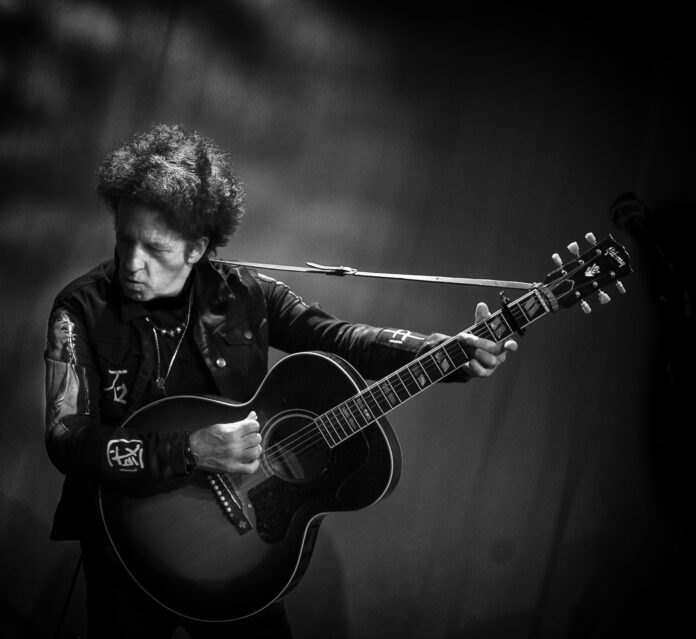 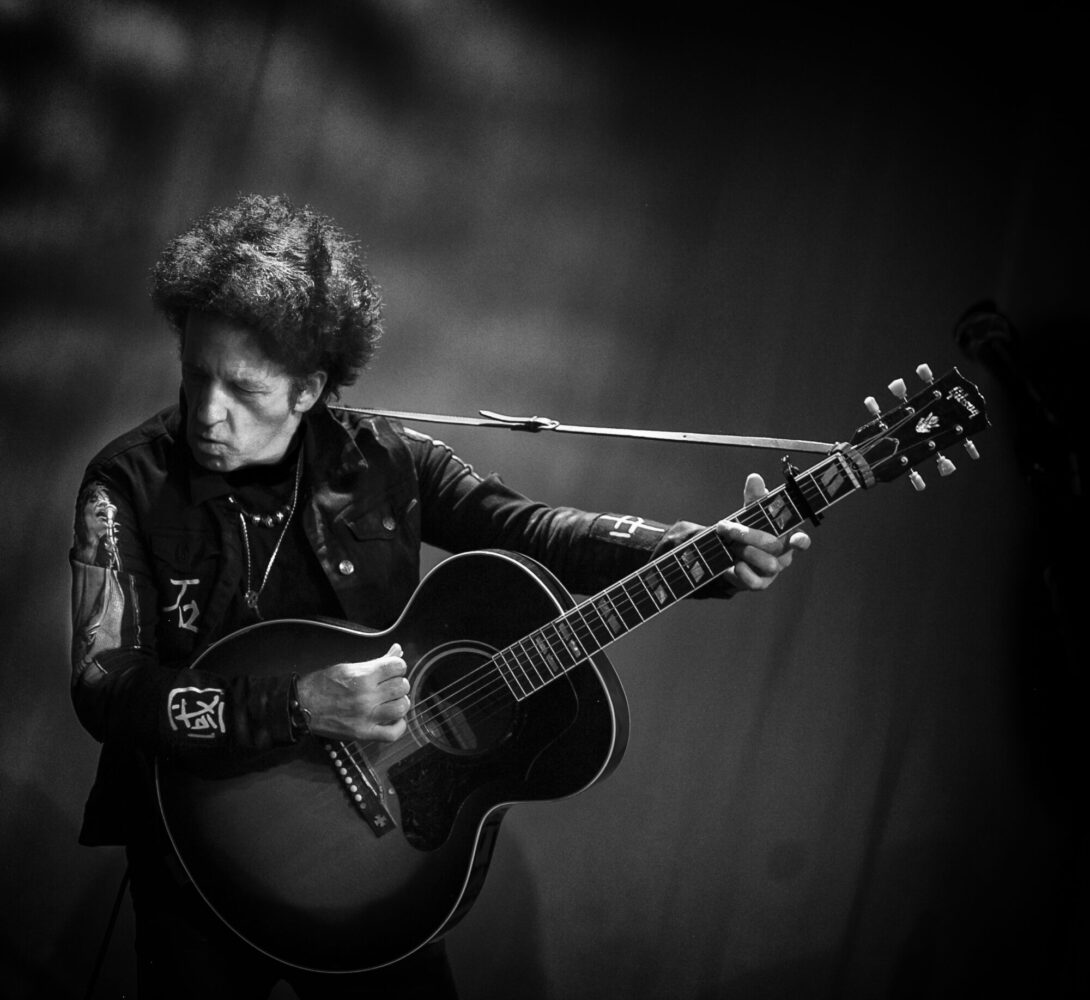 Willie Nile: Blood On Your Hands

Out now on streaming services

One of New York’s finest rock’n’roll troubadours, Willie Nile, is back with a bang after a lockdown hiatus. What’s more, Willie is joined by Steve Earle on his first single, Blood On Your Hands, from his forthcoming album. Amidst all this excitement, Ian Corbridge tracks down Willie for the lowdown on life Stateside and plans for the future.

There is little doubt that Willie Nile has remained a central figure in New York’s rock’n’roll scene for many years now and his last album in 2020, New York At Night, demonstrated once again the love, passion and pride Willie has in his homeland. But whilst rock’n’roll lies at the heart of all the music that Willie has produced over the years, this album also highlighted the musical and lyrical diversity of his talent and with Willie’s seemingly never-ending energy and enthusiasm. So there is clearly much more to come from this great songwriter.

And that brings us on to the news that his new album, The Day The Earth Stood Still, is due out on 13 August 2021. Furthermore, on 7 June 2021, the day Willie celebrated his 73rd birthday, Blood On Your Hands was released as the first new song from the album. And this new song proves once again that Willie Nile is not about to slip away quietly any time soon, something we should all be thankful for.

Blood On Your Hands is a classic no hold barred rocker featuring Steve Earle, with Willie and Steve trading verses and choruses. The narrative throughout is symptomatic of the current turbulent times warning that “Blood on your hands, there are cracks in the walls of your best laid plans”. It’s a heartfelt message with a clear recognition that we all must face the consequences of our actions and sometimes we end up dancing with the devil not knowing who is going to win. I think that this has been particularly true for us all throughout this lengthy pandemic when we have had so many difficult decisions to make that have really stretched our social conscience.

The video shows Willie and his band performing at the Bowery Electric in New York with extracts of Steve Earle interwoven from another recording studio. I have seen so many live streams from this great venue throughout the past 12 months, it is now beginning to feel like home and with Willie and his fine band on stage there really is no better place to be.

The album title itself, The Day The Earth Stood Still, is far more than just a nod to a classic sci-fi movie but a stark recognition of the impact the onset of the pandemic had on Willie’s home City. So it looks like we can expect a further homage to a place in turmoil as its residents try and come to terms with such significant and unexpected changes in their lives unravelling right before their very eyes. And on the strength of this great new single, this album is already shaping up very well indeed.

To get some further context to all this, Louder Than War caught up with Willie Nile to get a low down on life growing up in New York City, his sources of inspiration, life in lockdown and future plans.

Louder Than War: Which artists, groups and songs sound-tracked and shaped your early years in life?

Willie: I had older brothers bringing records home, so I was exposed to all the early RnR, Chuck Berry, Little Richard, Elvis, Buddy Holly, Fats Domino, etc. Loved all of it. And AM radio in the States was great with such variety and music available. Then the British Invasion hit. Stones, Beatles, The Who, Kinks, etc., along with Dylan. It made for a great foundation.

Who or what inspired you to consider taking up a career in music?

I was writing poetry in high school and somewhere along the line I started putting the words to music with piano and guitar. I loved writing songs and just decided to head to NYC to give it a shot.

With all the history that New York brings with it in terms of its musical heritage and wider international significance, how did growing up in this City and living in Greenwich Village in your early years shape you as a person and influence what you are doing now?

I was born and grew up in Buffalo, NY. I moved to NYC after graduating from the University of Buffalo. I’ve learned a lot living in NY and Greenwich Village all these years. The street is a great teacher and I’m still learning things here every day.

Where do you draw inspiration from for writing songs and how do you go about developing these ideas?

I get inspiration from everyday life. Whether it’s a guitar riff or a song title or a melody. I’ll usually put the idea on my phone and either develop it on guitar, piano or just writing lyrics out. It can be on a napkin in a restaurant or on my computer. I just let the ideas come when they do and don’t force the issue.

Throughout the years your work has always been delivered with such passion, energy, intensity and undiminished enthusiasm and your most recent album from last year, New York At Night, is a shining example of this. How have you managed to keep this going?

Well, thanks for the kind words. Much appreciated. I still feel the same passion and drive I’ve always felt since I came here to NY. I have no idea why the fire still burns in me like it does but I’m grateful for it. Putting out 4 albums in the last 5 years isn’t something I would’ve expected after all these years.

It has been said that “Jersey has Bruce Springsteen, but New York has Willie Nile” and of course you have long been associated with the genre which Bruce (who of course you have played with on numerous occasions) was always at the forefront of. Did you see this as a positive thing or maybe a hindrance in terms of establishing your own identity when trying to break into markets such as the UK?

It’s nice of whoever said that. I don’t see it as a hindrance at all. References can be helpful to people sometimes when discovering new music. Bruce has been a good brother to me over the years. He’s invited me to join him on stage many times and has joined me and the band many times. God bless him for his love of RnR and his passion for it. He could have hung up his guitar years ago but he still feels the fire. I think there’s a redemptive quality to music. It can offer some salvation in this hard world of ours. It’s what keeps bringing me back to it. The new album, “The Day The Earth Stood Still”, is full of fire and passion. You can hear it in every song. I’m so happy about that.

Reflecting back on the various band members that have accompanied you on tours over the years, there is clearly a strong sense of musical kinship with the local New York scene which gives more than a nod to the ongoing legacy of influential bands such as the New York Dolls, The Ramones and Blondie. Has this been deliberate and has this influenced the music that you have been writing and performing?

Yes absolutely the NY music scene has been an influence on me. Lou Reed, The Velvet Underground, Patti Smith, Television, The Ramones, all of it has been an inspiration. The whole CBGB scene was so interesting when it was happening in the early days. I used to call friends at 1am from the phone booth near the door at CB’s and hold up the phone saying “Listen to this! It’s Television playing Marquee Moon! Come to NY! It’s amazing!” They were great days.

Almost 20 years on from the tragic events of 9/11, how do you reflect on the impact this has had on your homeland and your music and did your writing become any more rebellious or reactionary as a result?

I lost a good friend who was in one of the towers on 9/11. That day affected everyone. Tragic stuff. I’ve always written about the world around me and this was no different. I wrote Cell Phones Ringing In The Pockets Of the Dead about that and the 2003 Madrid train bombing. You’d think that the human race would have learned something from history about the futility of killing each other but sadly it’s not so.

Knowing how much you have enjoyed wandering the planet with your band mates over recent years, what have you missed most over the past year or so during this pandemic?

It’s so great to get back to playing again! I love traveling the world and seeing old friends, meeting new people, and making music with my band. There’s nothing like it. I’ve missed all of it this past year. It sucked not being able to play but now it’s opening up and it feels great. You can see the smiles on the faces in the audience and the guys on stage that we’re all grateful to be back making music and lifting people’s spirits.

You have clearly kept very busy throughout this long period of lockdown, including appearances on various live streams, but how have you coped with the wider emotional aspects and has this in any way influenced the songs you have been writing more recently?

I coped pretty well all things considered. It totally affected the new songs on “The Day The Earth Stood Still”. It was fascinating walking the empty haunted streets of New York during the lockdown. It was totally crazy. But I still could feel the energy and the history of the streets and that continued to inspire me.

With the forthcoming release of your new album on 13 August 2021, what other plans for the future have you got now that there is a growing sense of optimism that some form of normality may return to our lives in the not too distant future?

We’ve got a lot of shows booked here in the States through the Fall now and in the Spring we’ll be touring in Italy and Spain hopefully. I’ll just keep writing and rockin’ and giving it all I have. I don’t know any other way to be. Here’s to more music and magic on the road ahead!!