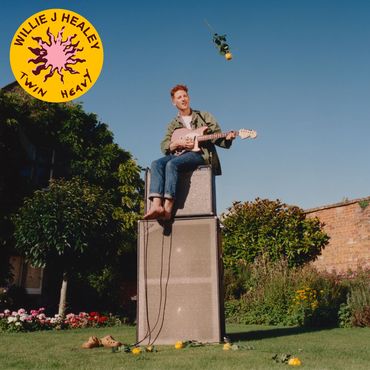 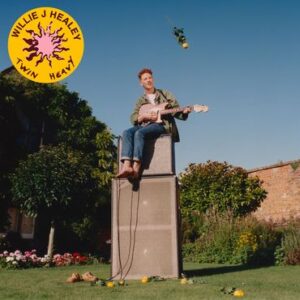 All formats available from 7th August

Willie J returns with album number two after his eccentric tongue in cheek debut People And Their Dogs. An indie pop soundtrack to the summer full of tunes reckons Wayne Carey…

When you get dropped from a major label after your first album, you’d be a bit fucked off at the best of times. Not so with Willie J Healy. He went through a period of change, recording the ‘666 KILL EP’ with it’s violent gothic imagery theme running throughout the lyrics, then getting some interest from Felix White (The Maccabees guitarist) to release stuff on his own Yala! label. The result is a 12 track collection of (mostly) earworms that have the potential to make him a big time contender for the indie masses.

It kicks off with two songs you’ll be familiar with by now if you’re a 6 Music listener, as Fashun is being hammered at the moment. It has a Northern Soul vibe running right throughout with vocals that are part Orbison, part Costello, some great harmonies going on. Whereas True Stereo is an indie pop strummer that comes across very Gaz Coombes. (I actually thought is was when I first heard it) Catchy as fuck.

Big Nothing shows his love for George Harrison here. A beauty of a tune that sounds like it’s been transported from the seventies for a spliff with Brendan Benson. Songs For Joanna has that Costello thing going on again, a jaunty funk filled tune that chugs and grooves, whereas Twin Heavy goes all mellow on us with an Elton-esque piano driven melody. A proper laid back psychedelic ballad.

Sweeter Than Most is probably the highlight on here. It’s the closest he gets to the sound of Mark Bolan. If he was still around he’d have been jealous of this one. A beauty of a tune that you’ll have on repeat for ages. A masterclass in glam at its best. Condo floats along on a bed of psychedelic cloud with those space age effects and a tip to Brendan Benson again. Lovely stuff.

The production from Loren Humphrey (The Last Shadow Puppets, Florence + The Machine, Tame Impala and Lana Del Rey) sounds timeless especially on the Beatles-esque For You with the polished drumming and back to Costello with Heavy Traffic. Why You Gotta Do It is an anthemic gospel tinged tune from the book of Harrison yet Healey shines again with his ear for all things psych pop.

It’s all wrapped up with the Sergeant Pepper era Thousand Reasons, all dramatic and orchestral in sound with a haunting uplifting chorus. Caroline Needs is all mellow and echoes along with a spaced out Bowie / Bolan vibe. A spliffed out trippy ending to a summer soaked mindfuck of masterclass songwriting.

Willie has gone in the attic and dusted off all those psychedelic / glam 60s/70s Beatles, Bolan and Bowie albums, created his own sound and produced an album that has been plucked from the past and plunged in the sound of today with ease. Sometimes major labels make big mistakes and this proves it. Probably nine out of twelve of these songs are potential hits. Quirky, eccentric, draped in vision. A great second album from a great British songwriter.